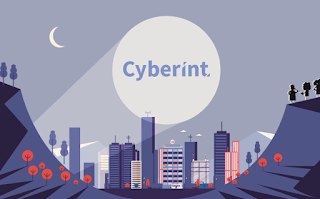 06 December 2016 – CyberInt, a leading cyber intelligence company based in Israel, recently
announced an alternative cyber threat intelligence platform to financial
customers who are impacted by the recent changes in a joint venture of two
leading financial services organizations.
Financial Services
Information Sharing and Analysis Center (FS-ISAC) and The Depository Trust
& Clearing Corporation (DTCC) announced in November that they will dissolve
their joint venture business, Soltra, a cyber threat intelligence platform for
financial companies.
Launched in 2014, Soltra
pioneered the use of automated cybersecurity intelligence sharing through the
Structured Threat Information Expression (STIX) and the Automated Exchange of
Indicator Information (TAXII) which have become industry standards in data
formats allowing real-time, machine-to-machine sharing of cyber threat data
like IP addresses associated with malware.
Before NC4 officially
announced the Soltra business acquisition on November 23, FS-ISAC and DTCC
announced they were shutting down the service after March 2017, and terminating
any updates for Soltra Edge. Several news reports on the same triggered
customer concerns and uncertainties on Soltra support and services, according
to CyberInt. Amir Ofek, CEO of CyberInt commented, “At CyberInt, we share the
vision Soltra was built upon in providing enterprises across the globe with
valuable threat intelligence that they can act upon. And we believe that
businesses can only ensure a sustainable business growth through solid and stable
actionable threat intelligence. With the changing dynamics in the industry
enterprise-sale organizations across sectors are responding rapidly to security
breaches by investing in integrated, cybersecurity architectures with a
borderless network.”
CyberInt is now offering
all Soltra paying customers free access to a version of Argos Threat
Intelligence Platform that fully supports STIX/TAXXI and comes pre-built with
the data Soltra Edge used to provide, for a single user at their organization
for the duration of their existing Soltra contract.
The demand for actionable
threat intelligence capabilities is stronger than ever especially in highly
sensitive environments such as financial and healthcare companies.
According to PwC’s study in 2016, the number of security incidents across all
industries rose by 38% in 2015, which is the biggest increase in 12 years since
the first global study was published. In addition, cyber threats have increased
by 56%, especially for the financial industry, recording a  183% increase
in intellectual property thefts in 2015. Cybercriminals have become more
sophisticated in their approach using advanced tools and operating as
legitimate organizations for large pool of sensitive and valuable
information.
2016 has seen large-scale
incidents involving financial institutions including attackers moving US$81
million from Bangladesh’s central bank to Philippine bank accounts. Late last
year, Vietnam’s Tien Phong Bank stopped a suspected cyber fraud attempt which
included fraudulent SWIFT messages. Reports of similar incidents in banks
across Southeast Asia have plagued the banking industry calling for greater
attention to cybersecurity.
“As cyber criminals and
hacktivists grow more sophisticated, perimeter-based security technologies are
essentially fighting a losing battle. Even the most robust traditional security
cannot adequately protect an organization from today’s targeted cyber threats.
The current threat landscape calls for a new thinking that redefines organizations’
cybersecurity strategy,” commented Elad Ben-Meir, Vice President Marketing,
CyberInt.
Gathering targeted and
actionable intelligence, Argos pools both technological and human resources to
generate real-time incidents of targeted attacks, data leakage and stolen
credentials compromising organization’s; identify threat actors in real time,
providing contextual data about them; and access hundreds of sources including
feeds, IRC, Dark web, blogs, social media, forums, and paste sites to collect
targeted data and providing users actionable recommendations thereafter.
“In Argos, we have
pre-integrated feeds, including FS-ISAC’s data. The threat intelligence we
provide is highly targeted to each of our customers and enhanced with
contextual data that we keep updated on the platform. We provide our customers
with threat intelligence that is truly more actionable than ever and a
foreseeable certainty in our platforms,” Ben-Meir added.

XBOX ONE S ARRIVING IN SINGAPORE ON 13 DECEMBER