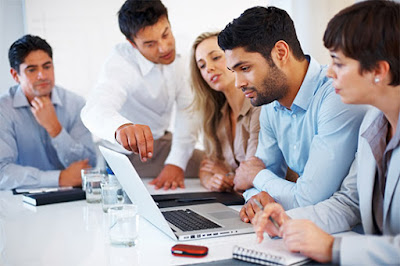 Hong Kong, 10 November 2016 – Sixty two per
cent of technology professionals in APAC believe a significant part of their
job will be automated within ten years, rendering their current skills
redundant (compared to 45 per cent globally). The change in technology is so
rapid that 87 per cent believe their career would be severely limited if they
didn’t teach themselves new technical skills.
This is according to the Harvey Nash Technology Survey
2017, representing the views of more than 3,200 technology professionals from
84 countries.
The possibility of automation varies greatly with job
role, with Testers and IT Operations professionals most likely to expect their
job role to be significantly affected in the next decade (67 per cent and 63
per cent respectively), and CIO/VP IT and Programme Management least affected
(31 per cent and 30 per cent respectively).
Richard Goddard, MD, South East Asia, and
Head of the Technology Practice, Harvey Nash Executive Search APAC, commented:
“Through automation, it is possible that ten years from now the
Technology function will be unrecognisable in today’s terms. Even for those
roles relatively unaffected by automation, there is a major indirect effect –
as up to half of their colleagues may be machines by 2027.”
In response to automation, technology professionals
are prioritising learning over any other career development tactic.
Self-learning is significantly more important to them than formal training or
qualifications.
Despite the increase in automation, the survey reveals
that technology professionals remain in high demand as the technology landscape
evolves – Software Engineers and Developers were most in demand, followed by
those in Analytics / Big Data roles.  Respondents expect the most
important technologies in the next five years to be Robotics, Augmented /
Virtual Reality, Artificial Intelligence and Wearable Tech, as well as Big
Data, Cloud and the Internet of Things.  Unsurprisingly these are also the
key areas that were cited as ‘hot skills to learn’.
Kirti Lad, Director of the Technology
Practice, Harvey Nash Executive Search APAC, commented: “The Harvey Nash
Technology Survey 2017 highlights the state of flux technology careers
currently face. On one side, technology is ‘eating itself’, with job roles
increasingly being commoditised and automated.  On the other, new
opportunities are being created, especially within the areas of Artificial
Intelligence, Big Data and Automation. In this rapidly changing world the
winners will be the technology professionals who take responsibility for their
own skills development, and continually ask: ‘where am I adding value that no
other person – or machine – can add?’”
Key global highlights from the Harvey Nash Technology
Survey 2017:
·  AI growth: The biggest technology
growth area is expected to be Artificial Intelligence, which 89 per cent of
respondents (84 per cent in APAC) expect it to be important to their
company in five years’ time, almost four times the current figure – 24 per
cent (31 per cent in APAC).
·  Big Data’s big, but
still unproven. 57 per cent of organisations globally (62 per cent
in APAC) are implementing Big Data at least to some extent. For many, it is
moving away from being an ‘experiment’ into something much more core to their
business; 21 per cent say they are using it in a ‘strategic way’. Only three in
ten organisations with a Big Data strategy are reporting success to date.
·  Immigration is key to
the tech industry, and Brexit is a concern. The sector is
overwhelmingly in favour of immigration; 73 per cent believe it is critical to
their country’s competitiveness (83 per cent in APAC).  33 per cent of
respondents to the Harvey Nash Technology Survey were born outside the country
in which they are currently working. Almost four in ten tech immigrants in the
UK are from Europe, equating to one in ten of the entire tech working
population in the UK. Moreover, UK workers make up at least a fifth the tech
immigrant workforce of Ireland and Germany.
·  Where are all the women? This year’s report
reveals that 16 per cent of respondents are women (14 per cent in APAC); not
very different from the 13 per cent who responded in 2013. The pace of change
is glacial and – at this rate – it will take decades before parity is reached.
·  The tech community does not trust
the cloud. Four out
of ten respondents have little or no trust in how cloud companies are using
their personal data, whilst a further five out of ten still have concerns
despite placing their trust in these companies. Trust in cloud is affected by
age (the older you are the less you trust), location and job title. Male
Architects, who are 30 years old or more from North America working in
Government are the least trusting.
For the latest insights from the Harvey Nash Technology
Survey 2017 please visit: www.harveynash.com/techsurvey/.
Supporting data from the Survey (global averages):
Which technologies are important to your
company now, and which do you expect to be important in five years’ time?

Agree or disagree? Within ten years, a significant part of my job that I
currently perform will be automated: