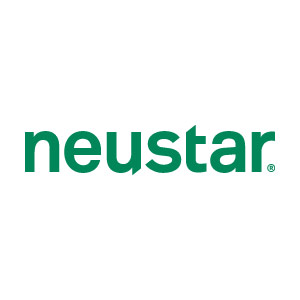 October 5, 2016 – SINGAPORE.
– Neustar, Inc. (NYSE: NSR), a trusted,
neutral provider of real-time information services, today published its “October 2016 Worldwide
DDoS Attacks & Protection Report: A Steady Threat in the Connected World,” a research report
focused on DDoS attack and protection trends. The report highlights that DDoS
attack volume has remained consistently high and these attacks cause real
damage to organizations. The global response also affirms the prevalent use of
DDoS attacks to distract as “smokescreens” in concert with other malicious
activities that result in additional compromise, such as viruses and
ransomware.
“Distributed denial-of-service attacks are no longer
isolated events limited to large, highly visible, targets. Sophisticated
attacks hit companies of all sizes, in all industries,” said Rob Ayoub,
research director, Security Products, IDC. (Source: “Worldwide DDoS Prevention
Products and Services Forecast, 2016–2020,” August 2016)
Neustar collected responses from more than 1,000
information security professionals, including CISOs, CSOs and CTOs across North
America, Europe, and the Middle East (EMEA), and Asia-Pacific (APAC), to
determine how DDoS attacks are impacting their organization and how they are
mitigating the threat. Key findings from “October 2016 Worldwide DDoS Attacks
& Protection Report: A Steady Threat in the Connected World” include:
·  DDoS Attacks Are
Unrelenting and Show No Sign of Abating: The overwhelming
majority of surveyed organizations in APAC (77 percent) suffered a DDoS attack.
Eighty-five percent of attacked organizations were attacked more than once and
45 percent were attacked six or more times.
·  DDoS Attacks Are Only
the Tip of the Spear in Complex Assaults: The majority of
organizations that suffered a DDoS attack (53 percent) also experienced some
form of additional compromise. In APAC, forty-eight percent of breached
organizations discovered a virus, malware was activated at 37 percent of
breached organizations, and ransomware was encountered at 16 percent of
breached organizations.
·  DDoS Attacks Are
Time-Consuming and Expensive: It can take hours to detect and
mitigate a DDoS attack at significant cost to the organization. Eighty-one
percent of organizations in APAC took an hour or more to detect a DDoS attack
and 72 percent took an additional hour or more to respond to the attack.
Globally, forty-nine percent of surveyed organizations would lose $100,000 or
more per hour of downtime during these attacks.
·  Investment in DDoS
Protection Shows Promise for Future: The overwhelming
majority of respondents (76 percent) are investing more in DDoS protection than
they were a year ago. The majority of respondents (53 percent) are using
traditional firewalls, 47 percent are using a cloud service provider and 36
percent are using an on-premise DDoS appliance combined with a DDoS mitigation
service (hybrid solution).
“As proof of the increasing threat and destructive
nature of DDoS attacks, the industry has recently seen an incredibly complex,
hacked IOT device-driven DDoS attack that surpassed 620 Gbps, lasted for
multiple days, and crippled a high visibility website,” said Tom Pageler, Chief
Security and Risk Officer of Neustar.
“Organizations across Asia Pacific are becoming more
digitalized and as a result risk being exposed to increasingly complex and
relentless attacks, said Robin Schmitt, Head of APAC for Security at Neustar.
“IT and business leaders need to realize the potential damage that an attack
can cause, and apply adequate security measures that will protect their company
from a DDoS attacks.”
Neustar SiteProtect is a fast, flexible, global
cloud-based DDoS mitigation network. Neustar SiteProtect offers automated
mitigation, standardized traffic flows and visibility into attacks to deliver
the greatest speed, flexibility, capabilities and expertise to organizations
struggling to mitigate DDoS attacks.
Download “October 2016 Worldwide DDoS Attacks &
Protection Report: A Steady Threat in the Connected World” athttps://www.neustar.biz/2016-fall-ddos-report
For more information about Neustar SiteProtect, please
visit https://www.neustar.biz/services/ddos-protection