IHS Markit Analyst Insights Into the Launch of Google Pixel 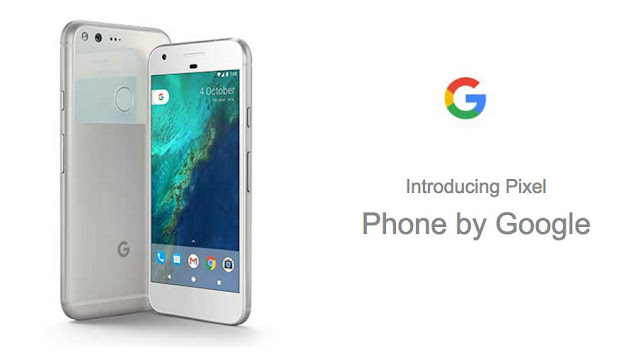 With the Pixel smartphones, Google is finally completing its
creeping ‘proprietization’ of Android. Now, Google has dropped use of its
hardware partner brand and offers smartphone models with unique innovations not
yet available to partners.
Pixel smartphones represent the culmination of Google’s ongoing
moves to take ownership of Android. Launched initially as an almost entirely
open source operating system, Google has over time moved more and more apps and
Android software elements into a proprietary Google license.
Despite Google’s creeping control of Android, smartphone makers
have few alternatives
Google is choosing the right time to make a move for fully
own-brand smartphones. Launching own-brand smartphones will undoubtedly
antagonize Google’s Android hardware partners, but they have few alternatives
because the success of Android has prevented any other licensable mobile
operating system from establishing itself.
All the competition is either dead (Firefox OS, BlackBerry 10,
Symbian, MeeGo), dying (Windows 10 Mobile, Sailfish) or a niche (Tizen).
Smartphones makers do have the choice of forking Android or using Samsung’s
Tizen, but both would be costly and risky to develop, and only the largest
smartphone makers could afford the investment.
High Pixel prices will limit Pixel sales & hurt Daydream VR
uptake
Google is demonstrating true courage by offering its first
own-brand smartphones at the same starting prices as premium segment market
leader Apple, $649 for the Pixel 32GB and $749 for the Pixel XL. IHS expects
Google’s Pixel smartphones to struggle at this price because Google lacks the
brand awareness and capabilities as a hardware maker of Apple, or Samsung.
These high price points will hurt initial adoption for Google’s
fledgling Daydream VR platform. IHS believes Google should have been more
aggressive with Pixel smartphone pricing to help to establish Google’s VR
platform ahead of rivals at a time when there is no clear VR market leader. In
retrospect, Google will see this as a lost opportunity.
If Google decides, it can easily drop the initial Pixel prices.
But even at a lower price point, having excellent smartphone hardware and
Google’s software is not sufficient for smartphone market success.
Google must build an organization to drive adoption across
channels, incentivize both mobile operators and retailers, and essentially
learn the channels country-by-country and replicate the hard won knowledge of
Samsung, Apple and in the past of Nokia, Motorola or Sony. This will take Google
time which will provide a window for rival smartphone makers such as Samsung or
Huawei to adapt their strategy to counter Google. The long list of retailers
and mobile networks which Google is working with prove Google understands the
need for channel relationships.
Google Assistant is the signature feature of the Pixel
smartphones and other devices
The choice of Google’s own name for Assistant demonstrates how
important AI is to Google, as Google stated today, its strategy is “AI First.”
The smartphone is a uniquely important part of Google’s AI strategy because of
the extent to which consumers use smartphones 24×7 and hence the quantity of
personal data they generate to help Google Assistant to work. By contrast,
other companies have created specific names for their Google Assistant
competitors: Apple’s Siri, Amazon’s Alexa or Microsoft’s Cortana.
Use of devices including Google Assistant further Google’s twin
strategy:
Build smarter services. By capturing usage information about
their Google hardware owners both delivers immediately smarter experiences
based for an individual based on their interests, locations and activities and
adds to the vast pull of data across many users to be the training data for
large scale deep learning.
Deliver more focused, more valuable advertising. The same deep
learning and user profiling used to create smarter services helps advertising
to be aimed more accurately, increasing value to advertisers, and driving
Google’s revenues.
Google’s partners will look again at alternatives to Google’s
Android
Google is pursuing a similar integrated hardware-software
strategy to Apple with Pixel smartphones, Daydream View, and the other new
hardware Google has announced. This is the final defeat for the operating
system licensing model which Microsoft pioneered, and everyone tried to copy
before Apple’s iPhone success.
But Google’s culture and deep learning, intelligence,
organizational, and software competitive strengths are very different to Apple.
Yet, with Pixel smartphones Google is aiming at the same competitive areas
which Samsung and Apple are: camera quality, cloud storage, and the ease of
experience. Google needs to differentiate based on its competitive strengths
around AI, but Google Assistant needs to be on as many smartphones as possible
to support Google strategy and so cannot be a long term differentiator for
Pixel smartphones.
Google still has many smartphone hardware partners, unlike
Apple, and it continues to need them. Because if not, Samsung may ramp its
fall-back TIzen OS strategy, and more significantly Google’s many China
headquartered smartphone maker partners may fork Android and take their more
proprietary Chinese Android variants into international markets.
Android may be dominant now, but it’s not invincible if Google
makes the wrong strategic moves and undermines its ecosystem partners.
Google has announced two new smartphone models, Pixel and Pixel
XL, which include the following:
·  Only Google
branding, unlike the co-branding with a hardware partner on Nexus smartphones.
·  Snapdragon 821
chipset, 4GB RAM.
·  Google Assistant,
the first smartphones to do so.
·  Daydream VR
compatible.
·  12MP camera, f2.0,
1.55 micro pixels.
·  32GB or 128GB
storage.
·  24×7 customer care
support with screen sharing
·  5” 1080P display or
5.5” QHD display.
·  Automatic
background OS updating
·  Unlimited cloud
storage bundled
·  Channel partners
include: Verizon, Best Buy, Rogers, Telus, Bell, Wirelesseave, T-Mobile,
Telstra, JB Hi-Fi, Reliance, croma, Flipkart, EE, Carphone Warehouse
As well as:
·  Daydream VR
headset, price $79, available November.
·  Google WiFi, home
access point, $129.
·  Chromecast Ultra,
update with 4K, Dolby Vision, and HDR support.
·  Google Home, an
Amazon Echo competitor, price $129.