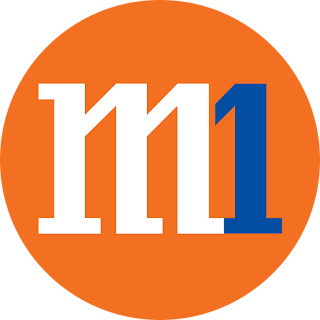 SINGAPORE, 19 August 2016 – M1 Limited (M1) and Nokia today announced Singapore’s first commercial HetNet (Heterogeneous Network) rollout.
Customer demand for data continues to grow, driven by faster networks and high-bandwidth mobile applications such as video streaming, social media and online gaming. HetNet, the integration of large and small cells with different wireless radio technologies such as cellular and WiFi, will enable M1 to provide the best coverage and network capacity to meet this demand.
As part of its HetNet deployment, M1 will progressively roll out an overlay of integrated Nokia’s award-winning Flexi Zone small cells and WiFi equipment across hundreds of high-traffic hotspots nationwide, to complement its advanced 4G+ network. Through leading edge LTE-WiFi Aggregation (LWA) technology, M1 expects to deliver peak download speeds of more than 1Gbps by 2017.
Deployment sites will include MRT/LRT stations, malls and popular outdoor areas such as Marina Bay and Clarke Quay. Additionally, the small cells’ compact footprint will allow M1 to deploy them at hard-to-reach areas such as car parks, basements and parks.
The rollout follows M1’s successful trials earlier in the year at the Paragon mall, the Orchard and Raffles Place MRT stations, as well as at multiple locations in Jurong East as part of the Infocomm Development Authority of Singapore’s (IDA) HetNet trials. M1’s trial, utilising both indoor and outdoor small cells, saw customers experience up to 60% improvement in download speeds, and also demonstrated the effectiveness of utilising both macro and small cells in managing network traffic.
“The results from our HetNet technology trials were positive. 90% of users enjoyed a better mobile experience, with faster download and upload speeds. We are pleased that the trials have given our partners such as M1 useful insights and confidence to further enhance the mobile experience through commercial HetNet deployment. As Singapore moves towards a Smart Nation, we look forward to working closer with companies in the tech, engineering and R&D space to develop solutions that can enhance connectivity and improve Singaporeans’ lives,” said Mr Gabriel Lim, Chief Executive-Designate, Info-communications Media Development Authority of Singapore (IMDA).“Our HetNet rollout will enable us to further enrich our customers’ lives. This HetNet deployment is also an integral part of our 5G network roadmap, the infrastructure on which we will build an ubiquitous on-demand, high-performance 5G service for our customers and that enables us to support our Smart Nation vision,” said Ms Karen Kooi, Chief Executive Officer, M1.
“We’re pleased to see another milestone in M1 and Nokia’s joint efforts in bringing advanced technology to real life. M1 is Nokia’s first customer for Flexi Zone Multiband Base Transceiver Station in Asia and this project has demonstrated our continuous commitment to support the operator’s bold steps towards 5G,” said Mr Sandeep Girotra, Senior Vice President of Asia Pacific and Japan, Nokia.
M1 is Singapore’s most vibrant and dynamic communications company, providing mobile and fixed services to over 2 million customers. Since the launch of commercial services in 1997, M1 has achieved many firsts, including the first operator to offer nationwide 4G service, as well as ultra high-speed fixed broadband, fixed voice and other services on the Next Generation Nationwide Broadband Network (NGNBN). With a continual focus on network quality, customer service, value and innovation, M1 links anyone and anything; anytime, anywhere. For more information, visit www.m1.com.sg.