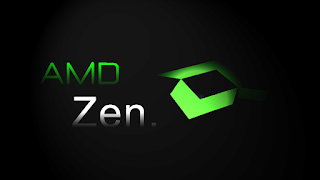 SAN FRANCISCO — August 18, 2016 — At an event last night in San Francisco, AMD (NASDAQ: AMD) provided additional architectural details and a first look at the performance of its next-generation, high-performance “Zen” processor core.  AMD demonstrated the “Zen” core achieving a 40% generational improvement in instructions per clock, delivering a landmark increase in processor performance.
During the event, AMD demonstrated an 8-core, 16-thread “Summit Ridge” desktop processor (featuring AMD’s “Zen” core) outperforming a similarly configured 8-core, 16-thread Intel “Broadwell-E” processor1 when running the multi-threaded Blender rendering software with both CPUs set to the same clock speed. AMD also conducted the first public demonstration of its upcoming 32-core, 64-thread “Zen”-based server processor, codenamed “Naples,” in a dual processor server running the Windows® Server operating system.
“The performance and efficiency of our ‘Zen’ core showcases AMD at its best,” said Dr. Lisa Su, president and CEO of AMD. “Over the last four years we have made significant investments to develop a high-performance, multi-generation CPU roadmap that will power leadership products. Customer excitement for ‘Zen’ continues to grow as we make significant progress towards the launch of new products that will span from the datacenter to high-end PCs.”
The “Zen” processor core features multiple architectural advances designed to increase the performance, throughput, and efficiency of AMD’s future products. “Zen” is based on a clean-sheet design and features a new cache hierarchy, improved branch prediction and simultaneous multithreading (SMT). These advances will allow the “Zen” core to scale to meet the needs of a broad range of applications, including fanless 2-in-1s, embedded systems, high-performance computing, and the datacenter.
“An engineer may get one chance in their career to work on a project of this size and scope, and maybe never one with as much potential to impact the future as much as ‘Zen,’” said Mark Papermaster, senior vice president and chief technology officer at AMD. “With ‘Zen’ we aim to do what many never thought possible – deliver a 40 percent generational improvement in instructions per clock while maintaining power requirements in line with our previous generation technology.2”
“AMD invested where it counts, with an x86 core that can scale from PCs to high-performance servers,” said Linley Gwennap, principal analyst, Linley Group. “Consumers today expect to get the most out of their systems to create transformative experiences. The versatile design of ‘Zen’ delivers highly-efficient performance that should provide increased computing capabilities across the spectrum – from devices to cloud computing.”
Expected to launch first, the “Zen”-based “Summit Ridge” desktops will utilize the AMD AM4 socket, a new unified socket infrastructure that is compatible with 7th Generation AMD A-Series desktop processors – previously codenamed “Bristol Ridge” – forexceptional performance and connectivity scalability required by AMD partners and customers. The first desktop systems featuring 7thGeneration AMD A-Series processors and new AM4 sockets are scheduled to ship in the second half of 2016 in OEM PC designs.
With dedicated PCIe® lanes for cutting-edge USB, graphics, data and other I/O, the AMD AM4 platform will not steal lanes from other devices and components. This allows users to enjoy systems with improved responsiveness and benefit from future-ready technologies that the AM4 platform provides with a powerful, scalable and reliable computing solution.
AMD AM4 platform key technology features include:
·         DDR4 Memory
·         PCIe Gen 3
·         USB 3.1 Gen2 10Gbps
·         NVMe
·         SATA Express
Additional “Zen” architectural features will be detailed next week in a presentation at Hot Chips 28.
Supporting Resources
·         Learn more about “Zen” innovations
·         Learn more about AMD Products, Solutions, and Innovations
·         Become a fan of AMD on Facebook
·         Follow AMD on Twitter @AMD
1.      On comparably configured desktops running Blender 3D software, with clocks matched to the  3.0 GHz clock speed of the “Summit Ridge” engineering sample processor.
2.      Based on AMD Internal Testing

TechInnovation 2016 bridges the gap between business enterprises and technology providers