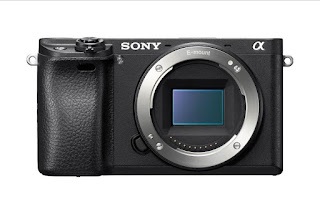 [1]   Among interchangeable lens cameras equipped with an
APS-C sized sensor as of February 2016, based on Sony research. Measured using
CIPA-compliant guidelines and internal method with an E PZ 16-50 F3.5-5.6 OSS
lens mounted. Pre-AF off and viewfinder in use.
[2]   Among interchangeable lens cameras as of February
2016, based on Sony research.
[3]   Approximate effective MPs.
[4]   Expandable up to ISO 51200 for stills and up to ISO 25600 for
movies.
[5]   A-mount lenses with SSM or SAM only. Users can choose
phase-detection AF or contrast-detection AF in AF System menu.
[6]   1.6x in 30p setting.
[7]   An SDHC/SDXC memory card with a Class 10 or higher
speed rating is required for XAVC S recording.
[8]   UHS Class 3 memory card is required for recording at
100Mbps.
[9]   Number of pixels required for Full HD movie recording
is read out from the image sensor.
[10] S-Log2 and S-Log3 are based on processing pictures.
[11]
This camera is designed for optimal dust and moisture resistance, but is not
waterproof or splashproof. For FE lens only.

Microsoft Makes it Easier for SMBs to Move to Office 365