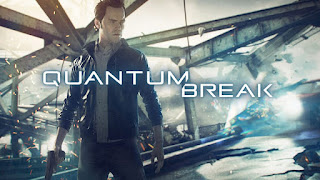 With less than two months away until the highly anticipated launch of Quantum Break, Remedy Entertainment and Microsoft Studios kicked things into high gear with a number of huge announcements about the upcoming cinematic action blockbuster. The most noteworthy?Quantum Break will also be launching on Windows 10 on April 5…and will be available at no additional cost for those who digitally pre-order the game on Xbox One*.
Alan Wake Included with Quantum Break for Xbox One; American Nightmare Available with Pre-Order
Two of Remedy Entertainment’s most popular and critically-acclaimed classics – Alan Wake and Alan Wake’s American Nightmare – are now part of the Quantum Break experience. Every copy of Quantum Break for Xbox One will come with a full-game download for Alan Wake for Xbox 360, plus its two add-on packs, The Signal and The Writer, playable on Xbox One via Backward Compatibility. Fans who pre-orderQuantum Break for Xbox One at participating retailers or through the Xbox Store will also receive a full-game download of Alan Wake’s American Nightmare for Xbox 360.
Pre-Order Quantum Break for Xbox One to Receive the Windows 10 Version at No Additional Cost
Xbox wants to empower gamers to play the games they want with the people they want on the devices they want, so Microsoft Studios and Remedy Entertainment will launch Quantum Break on Windows 10 simultaneously with the Xbox One version on April 5, 2016. Anyone who pre-orders the Xbox One digital version of Quantum Break through the Xbox Store, purchases an Xbox One digital token at participating retailers, or pre-orders an Xbox One Special Edition Quantum Break bundle, will receive the Windows 10 version of the game downloadable at the Windows Store via redemption code.*
For more details about the Windows 10 version of Quantum Break, including minimum and recommend hardware specs, please visithttp://www.quantumbreak.com/windows10
Action-Packed, Live-Action Trailer Shows Jack Joyce’s Desperate Struggle to Survive in a World in Chaos
To celebrate the upcoming launch of Quantum Break, Remedy Entertainment and Microsoft Studios also released a new, live-action trailer titled “The Cemetery.” Watch Quantum Break be brought to life as Jack Joyce (Shawn Ashmore) is hunted by agents from Monarch Solutions while he mourns the loss of his brother. But time isn’t the same anymore. It’s broken. And it’s the only weapon Jack has to survive a world in chaos.
Introducing the Xbox One Quantum Break Bundle
Xbox also announced a new Xbox One Special Edition Quantum Break Bundle featuring a 500GB Cirrus White console and matching wireless controller, a full-game download of Quantum Break and a full-game download of Alan Wake accompanied by The Signal and The Writer add-on packs. The bundle will be offered worldwide in most regions where Xbox One is available for S$569 ERP starting March 29, 2016. For more information, check out the full Xbox Wire post here.
Quantum Break is a unique experience; one part hard-hitting video game, one part thrilling live action show, featuring a stellar cast, including Shawn Ashmore (“X-Men”) as the hero Jack Joyce, Aidan Gillen (“Game of Thrones”) as his nemesis Paul Serene and Dominic Monaghan (“Lord of the Rings”) as Jack’s genius brother, William. Quantum Break is full of the vivid storytelling, rich characters and dramatic twists Remedy Entertainment are renowned for. Your choices in-game will affect the outcome of this fast-paced fusion between game and show giving the player a completely unique entertainment experience.
* Free Quantum Break Windows 10 game offer valid with pre-order of digital copy of Quantum Break for Xbox One, by April 4, 2016, from Xbox Store, Xbox.com, participating retailers, or inside Xbox One Special Edition Quantum Break bundles, while supplies last (physical game discs are excluded from this offer). Quantum Break Xbox One codes purchased at retail and inside bundles must be redeemed on the console or at Xbox.com by April 4, 2016 . Windows 10 game redemption code will be sent via Xbox system message around the week of April 5 2016. For Windows 10 game system requirements see www.quantumbreak.com/windows10.  Offer available in all Xbox Live markets except China.