WORLD’S MOST POPULAR PC GAME NOW SUPPORTED BY RAZER ARENA; LARGEST PRIZE POOL FOR LOL AMATEUR LEAGUE ANNOUNCED
Razer celebrates tournament organization tool support for League of Legends with a $50,000  prize pool for amateurs
IRVINE, Calif. – Razer™, a world leader in connected devices and software for gamers and a pioneering supporter of eSports, today announced that Razer Arena now supports League of Legends, the most popular PC game in the world. Razer Arena allows players of any skill level – casual, competitive amateur or professional – to easily create, manage, compete or otherwise follow custom created League of Legends tournaments worldwide.
Razer Arena opens-up organization tools to the public that were previously reserved for select organizers. The program can distinguish Authorized Tournament Organizers from Normal Users, affording broader license to users whose requests for upgraded status are approved via a simple application process. The criteria for Authorized status is based upon a user’s established history of success using Razer Arena.
To further the existing support for the League of Legends amateur scene, Razer is additionally sponsoring tournaments with $US50,000 scheduled to be paid-out in Q1 2016, making it the largest amateur league prize pool to-date.
“League of Legends is the most popular PC game today, with an unparalleled amount of interest in competitive play,” says Min-Liang Tan, Razer co-founder and CEO. “We were one of the first supporters of League of Legends eSports teams, and we’re excited to offer Razer Arena to aspiring amateurs and professionals alike.”
League of Legends on Razer Arena complements the existing Razer Comms League of Legends Scouter feature that provides information about opposing teams at every match start, both of which are available in most regions worldwide. The integration is going be available on all Riot-Servers bringing it to gamers everywhere except China and Southeast Asia. 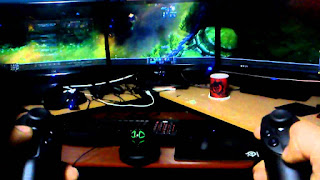