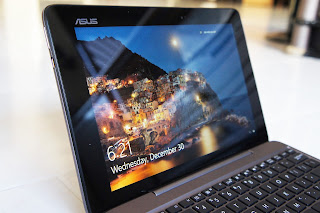 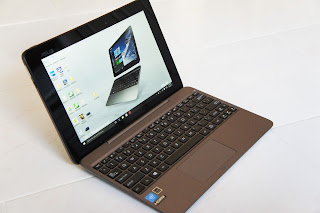 The ASUS Transformer Book T100H unit that I have on hands is equipped with the Atom x5-Z8500 processor. Based on the 14nm lithography, it is said to have a very low power consumption to computing performance ratio as compared to previous generation chips. This also allows the system to run a lot cooler. 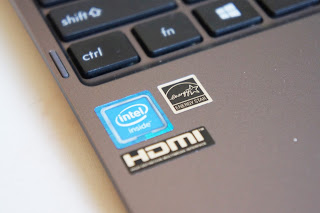 To put it to actual numbers, this platform is made to give users an extended usage of 14 hours per charge, allowing a full day on-the-go experience. Moreover, the processor’s 4 core which has a base clock of 1.44GHz can even be automatically increased to 2.24GHz in burst mode, effectively giving an instant boost to the performance of the machine when it needs it the most. With these interesting new features that the new architecture brings to the chip, the new Transformer Book T100H is said to have a lot of potential. We will find out more in the benchmark tests in the later parts of the review.

The main interface ports of the Transformer Book are found at the right side of the tablet device. It consists of a MicroSD card slot, a mini HDMI out port, a MicroUSB charging/OTG port and a 3.5mm audio out/microphone port. The keyboard attachment gives the ASUS Transformer book an addition 1 x USB 2.0. 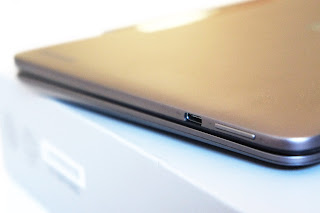 On the left side of the tablet device spots a USB 3.1 Type C port and the volume buttons.
A main selling feature of the Transformer Book T100H is its USB 3.1 Type C port. The amazing Type C port is used with newer USB 3.1 devices, that allows transfer speeds of up to 10Gbps. This port is also reversible, i.e. to say, you need not worry if your cable is plugged into the port at the right direction as both directions will work. This high bandwidth and powered port is going to be the interface for the next generation of computer devices and it will be here to stay. With the introduction of the Type C USB 3.1 interface on the tablet, you are assured that future USB 3.1 devices will definitely be compatible. 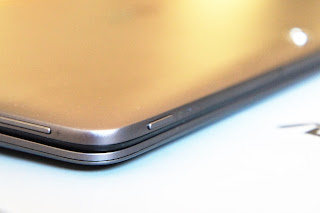 The power button is found at the top of the tablet device. As you can see, the tablet itself has already got tons of connectivity options for huge extensibility and convenience. 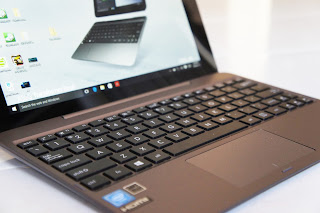 There is no real difference and innovation in terms of the physical aesthetical design of the ASUS T100H Transformer Book device. Similar to its predecessors, the tablet is attached to the keyboard via a magnetic wedge. 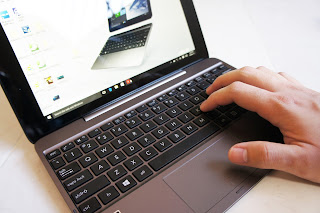 The T100H’s keyboard is designed to be nicely angled at a certain degree when opened up. This ergonomics gives the user a better typing experience and puts less strain on the wrists. However, we found that the keys on the keyboard were a bit too small for our liking, and there is a need to get used to the smaller keys. The trackpad on the other hand has considerably large in size, and controlling the device with the trackpad was much of a pleasurable account. 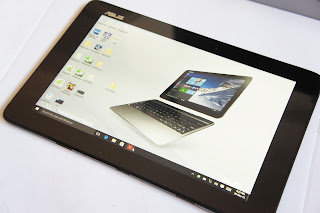 The same issue with ASUS Transformer Book persists through generations. The tablet device device has an outrageously wide bezel, which spoils the overall design of the device. It could be a real deal breaker, as users are looking more into sleeker systems out in the market, which competitors are already providing. The front webcam is also not placed directly in the middle of the tablet device, but it did not affect much in therms of its usability.

Moving on the the rear of the tablet device, we spot a smooth matte plastic finish that is topped up with a nice ASUS logo. This simple design concept should be acceptable to most end users. The ASUS Transformer Book should attract many youths as it is available in four pastel colours, namely Silk White, Tin Grey, Aqua Blue and Rouge Pink. It is odd to see the speakers placed at the back of the tablet rather than the fornt, as sounds will not be projected directly into the user’s ears, but instead away from the user. It would have made much more sense if the speakers were front facing instead.

Manufacturers usually do not put high end cameras onto Windows tablet device because many think Windows devices are more of a productivity than a lifestyle product. This is why ASUS did not focus a lot on putting a extremely good camera on the T100H. The Transformer Book T100H features a 5MP rear and 2MP front camera. They capture decent images, possibly good enough for posting up on social media sites.
Just like any other camera out in the market, day time photographs looks good as the camera was able to take in all the light that reflects from the objects directly into the lens and to the sensors. We thought that day scenery images captured from the T100H’s rear camera was pretty good, just like any other smartphone’s camera. Of course, we are not comparing it to higher end smartphone cameras. 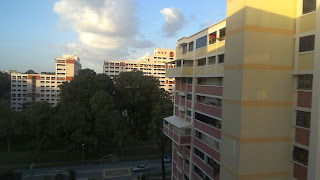 The night photos really show the limitations of the camera. Lights emitted from street lamps were distorted possibly due lower quality lens and sensor. There weren’t as much details that were recorded down in the images as well. 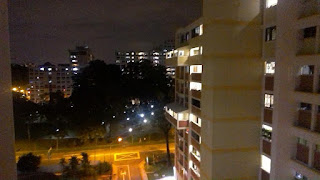 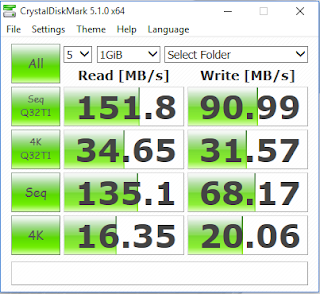 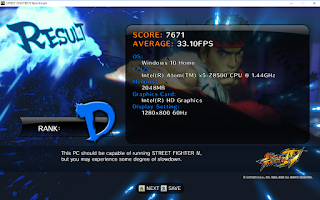 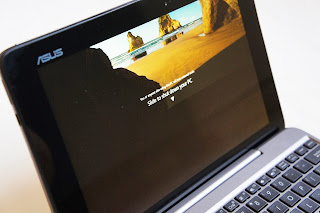 I think ASUS has a long standing reputation in laptops and mobile computing device, but instead of being too eager to bring new technologies out on the market, like the new USB 3.1 Type C connector on the Transformer Book T100H, they should really get the core basics right in the first place. For example, the thick bezels on the screen can actually be replaced with a larger display if the technology allows, if not trimmed down so as to make the whole device sleeker. Nonetheless, the ASUS T100H Transformer Book is a versatile mobile computing device that should be popular with many. Its affordable price point makes it irresistible for someone looking for a Windows 10 Tablet convertible/ Laptop hybrid device.

The ASUS Transformer Book T100H is available at major IT retailers in Singapore at $499.

Call of Duty Asia Championship Begins Today with Prize Pool of Over USD23,000