With the success of Singapore’s Next Generation Nationwide Broadband Network masterplan that aims to link up every household to a high speed fibre network, there has also been a great demand for quality wireless routers. Gigabit internet speeds on wired LAN must be supported by superior wireless network so that all the house’s mobile devices can connect to the internet without fuss. 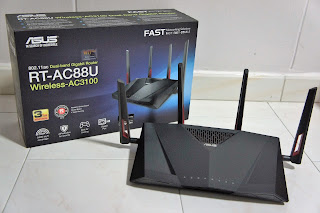 Leveraging on the latest wireless technology standards available and in-house innovation, ASUS has released their state of the art Wireless AC Router – RT-AC88U to support the internet power users within the family. 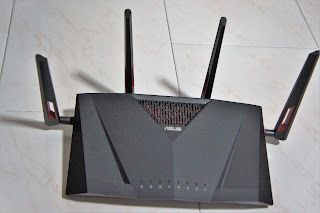 ASUS has decided to go with a “Gaming” look with the RT-AC88U router, possibly because of its unique features that promises a better internet gaming experience. This design should be able to fit well in most living room concepts, being the futuristic piece on display. 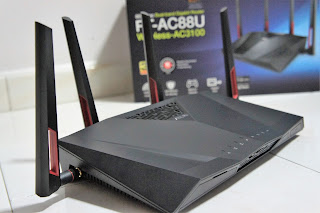 RT-AC88U is equipped with 4 x antennas that sticks out from both the rear and the sides. This design allows a even better wireless signal strength throughout your house, as opposed to placing all of them together. Equipped with the latest Wireless AC standard, this router is theoretically rated to perform at a maximum 3167Mbps on both 2.4 and 5GHz bands put together. This speedy monster is sure to give your family one of the best wireless performance that you can achieve. 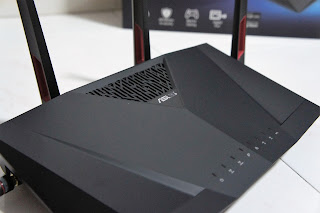 There are LED status lights at the front of the router which indicates network activity and availability of internet network. If you find these lights too annoying in a dark area of the house, they can also be manually switched out with the LED button at the front. 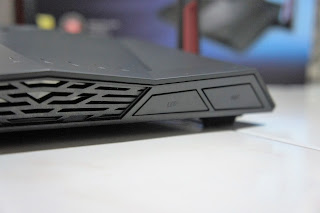 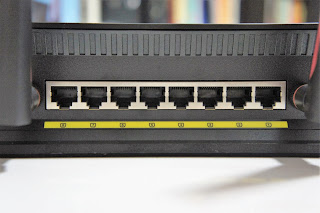 It is possibly the first time for us to see a whopping 8 Gigabit LAN switch built into a home router. This piece of excellent network hardware will be able to handle your whole house network requirements effectively, if a high speed wired infrastructure is what you are building for your new home. 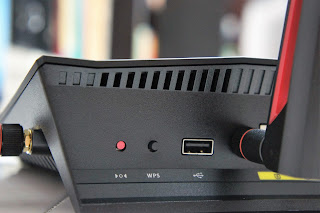 On the other hand, RT-AC88U also supports WPS for easy device connection and has 2 USB ( 1 x USB 3.0, 1 x USB 2.0) ports that allows users to configure multiple services with their USB devices. In fact, the router can be a host to a wide variety of services that can be made available to the internet, such as a FTP server, SMB Server or print server. The router also allows you to connect a 3G dongle to share the internet network from a cellular network to more users via WiFi. 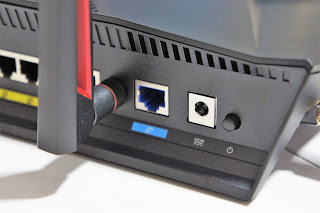 Setting up of the RT-AC88U was a rather simple affair. Simply plug in the ethernet cable from the fibre modem into the WAN port, connect to the router either via ethernet cable or wirelessly, and the set up will automatically take place when you open any browser.

In fact, this is the first time that we are able to set up a wireless router in such a short amount of time. The set up process probably took less than 4 minutes. No efforts at all!

Sometimes, when we purchase a brand new router, we do not only look for the best performance, but also the different features that comes with it. Most ASUS routers have got tons of useful features that allows users to customize their home network. Here are some of the most notable features.

To ensure a reliability and secure home network, ASUS has worked very hard with Trend Micro and produced a set of security and protective features in the RT-AC88U. The network protection features on RT-AC88U allows every single network packet to be scanned by the router itself before being served to the client, making sure that no possible malicious software will ever reach your computer.

There is also parental controls that allows parents to customize their kids’s user access and rights to the home network.

ASUS adaptive QoS takes a look at all network packets on the network and prioritizes them to the user’s preference. This is transparent to the users, as all they will get from QoS is a smooth and lag free network experience. 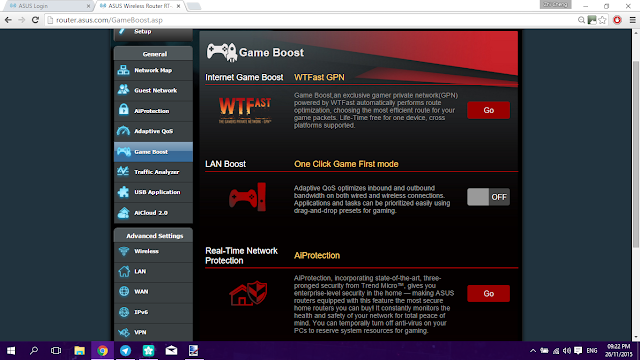 The RT-AC88U is engineered with the gamers in mind. The WTFast and LAN Boost(QoS) features promises the best possible network gaming experience. 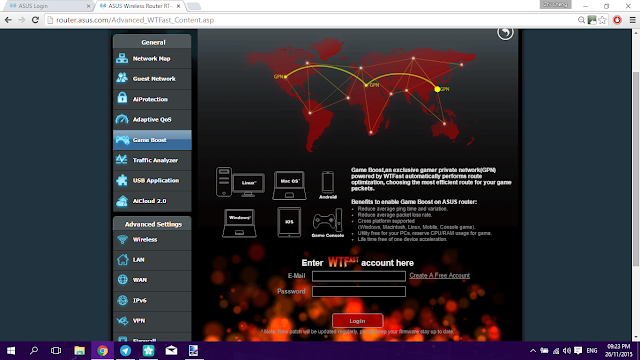 ASUS understands that network performance is a huge factor in gaming experience. With the integration of WTFast, gamers can be connected to a private gaming network, which promises much lesser latency and delay, as well as a less congested gaming traffic. WTFast is probably the unfair advantage that you have over all the other gamers out in the world. 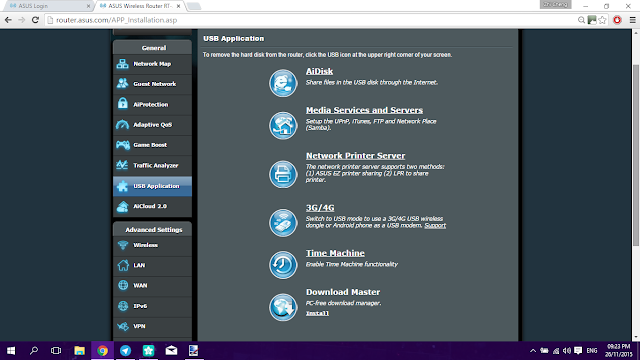 Of course, the 2 USB ports on the RT-AC88U gives it the capabilities to do much more than just being a network router.

A media file was transferred between the home NAS to the Lenovo x220 laptop. The transfer rate was able to reach 11 to 13MB/s, which essentially is 100Mbps. Decent enough to stream any kinds of  high quality media over the network. a 4K video only has a bitrate of maximum at 68Mbps. 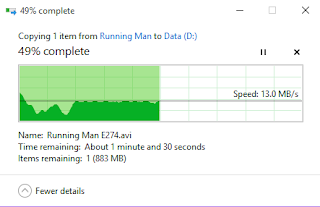 The ASUS RT-AC88U is a piece of excellent networking device for the home that is feature packed and has really great performance. If you are looking to supercharge your fibre network at home with a high end wireless network that supports it, the RT-AC88U is worth looking into. Its useful features can definitely change the way you consume data at home.
SITEX is happening now at Singapore EXPO, and the ASUS RT-AC88U is also available at the trade show for a promotional price of $429 SGD.

OPPO R7s Delivers Style and Performance in a 5.5-inch phablet

Get into the festive VIBE with Lenovo’s latest smartphones