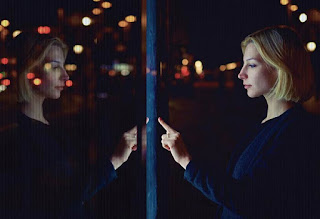 SINGAPORE, October 29, 2015 – Trend Micro Incorporated (TYO: 4704; TSE: 4704), a global leader in security software and solutions, today released its annual security predictions report, “The Fine Line: 2016 Security Predictions.” Next year, continued growth in online extortion, hacktivism and mobile malware is expected, as well as a shift to an offensive cybersecurity posture for government entities and corporations.
“We anticipate 2016 to be a very significant year for both sides of the cybercrime equation,” said Raimund Genes, CTO, Trend Micro. “Governments and enterprises will begin to see the benefit of cybersecurity foresight, with changes in legislation and the increasing addition of cybersecurity officers within enterprises.  In addition, as users become more aware of online threats, attackers will react by developing sophisticated, personalized schemes to target individuals and corporations alike.”
According to the report, 2016 will also mark a significant turning point for malvertising. In the U.S. alone, 48 percent of consumers use online ad blocking software, with a 41 percent increase in global use this year. As a result, advertisers will seek to alter their approach to online ads, and cybercriminals will attempt to find other ways to obtain user information.
Online extortion will be accelerated through the use of psychological analysis and social engineering of prospective victims. Hacktivists will be driven to expose even more incriminating information, impacting targets, and facilitating secondary infections.
“Hackers consistently evolve to adapt to their surroundings, just as online ads are declining, we see ransomware is increasing,” said Tom Kellermann, chief cybersecurity officer, Trend Micro. “Despite the growth in security investments and legislation, these changes will inevitably bring new, more sophisticated attack vectors.”
Highlights from the 2016 predications report include:
§  Cybercriminals will devise new ways to personalize attacks, making 2016 the year of online extortion;
§  Mobile malware will grow to 20 million, primarily effecting China, while targeting new mobile payment options globally;
§  As more consumer-grade smart devices are used in day-to-day activities, at least one device failure will be lethal in 2016;
§  Hacktivists will escalate attack methods to systematically destroy targets with high-profile data breaches;
§  Less than 50 percent of organizations are expected to have cybersecurity experts on staff by the end of 2016;
§  Increased ad-blocking products and services will force cybercriminals to find new means to target victims, resulting in fewer malvertisements;
§  Legislation will expand to a global cybersecurity defense model, allowing for more successful arrests, prosecution and convictions.
To learn more about Trend Micro’s 2016 threat predictions, visit: http://www.trendmicro.com/ThreatPredictions