OPPO R7 Plus: Big On Style, Bigger On Battery Life - The Tech Revolutionist

OPPO R7 Plus: Big On Style, Bigger On Battery Life

OPPO R7 Plus: Big On Style, Bigger On Battery Life
Singapore, 1 September 2015  – Design has always been at the forefront for OPPO. The latest addition to the R7 range, the OPPO R7 Plus is about to give other premium-range smartphones a run for their money when it launches in Singapore on 5 September 2015 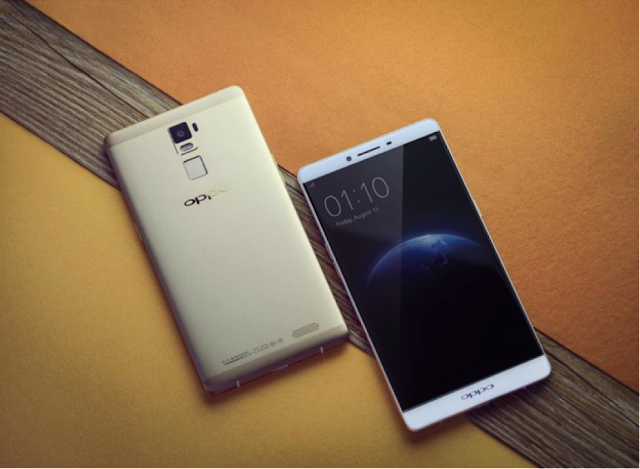 The OPPO R7 Plus sports a metallic unibody with over 91 per cent metal composition
Managing Director of OPPO Singapore, Sean Deng said, “Our research indicated that users have a greater preference and demand for mobile phones with clear appearances and exceptional feel. This inspired us to create a comfortable large-screen phone that is highly metallic and well-integrated but does not compromise on aesthetics and visual slimness.”
But design is not the only strong suit for the OPPO R7 Plus. It has the stamina to go the distance with a generous 4,100mAh lithium-polymer battery – one of the biggest, if not the biggest capacity in the current generation of phablets. The unique VOOC Flash Charge system delivers two hours of talk time after just five minutes of charging. Shutterbugs will be pleased with the Flash Shot feature which lets users snap an image instantly without turning on the screen – by simply pressing the power and both volume keys at the same time. The use of the fast and accurate laser-guided autofocus is also a boon for photo enthusiasts.
The R7 Plus in golden will be available at the following retailers from September 5 at a retail price of SGD699:
·       OPPO Concept Stores
o   #01-627, 3 Temasek Boulevard, Suntec City, 038983
o   333 Geylang Road, Singapore 389364 (open 24 hours)
·       All M1 stores
·       Singtelshop.com
OPPO R7 Plus Key Features
Design
Unibody Craftsmanship
The R7 Plus inherits the classic OPPO design tradition – the free curves convey a sense of elegance, and comfort, and offers security and ease when users handle the phone. Even under the premise of achieving a hardy and metallic appearance, the use of multiple arcs at the angular joints creates dynamic flows of light and colour no matter which angle the phone is seen from.
Known for its unique styling and cutting-edge features, the OPPO R7 Series is inspired by the design of a violin. Boasting a 2.5D Arc Edge display with a subtle curve on the edge of the screen, the R7 Plus has a comfortable grip while looking good at the same time.
80% screen-to-body ratio
The OPPO R7 Plus has an edge-to-edge design with a screen-to-body ratio of approximately 80%. Even with a 6-inch screen, the phone is packed into dimensions of just 158×82.3×7.75mm and has a mere weight of 203g. The full metal unibody construction is smooth to the touch, a result of 48 polishing processes and has a high metallic ratio of over 91%.
Flash Charging
Large battery capacity with VOOC Flash Charge
The OPPO R7 Plus is backed by a 4100mAh lithium-polymer battery, supported by OPPO’s VOOC rapid charging solution. The VOOC Flash Charger charges amazingly fast, delivering two hours of talk time in five minutes of charging, making it perfectly feasible to charge up the R7 Plus in fragmentary time. It takes just 30 minutes of charging to get the battery life up to the 75 per cent mark.
Taking Photos
New Flash Shot with rapid launch, fast focus and stable imaging
The New Flash Shot technology used exclusively for the OPPO R7 Plus includes the standard Contrast Detection Autofocus (AF) and Laser Focus.
Taking a photo consists of three main steps – camera launch, focus and imaging. Only with the combination of “fast launch, fast focus and stable imaging” can clear photos be taken quickly.
In addition, the OPPO R7 Plus camera is backed by OPPO’s unique anti-shake optimization algorithm.
Laser Focus
The OPPO R7 Plus’s laser autofocus system targets and focuses precisely on a subject in under 0.3 seconds. As you prepare to snap a photograph, the laser will intuitively scan the scene or subject and find the perfect focal point.
All-new RGBW sensor
The OPPO R7 Plus sports a 13-megapixel rear camera and an 8-megapixel front camera. The main camera is coupled with OPPO’s first RGBW sensor, which adds a white pixel to the usual RGB layout to substantially enhance photos under low-light conditions with 32% higher light sensitivity and 78% noise reduction.
One of the highlights of OPPO’s Pure Image 2.0+ processor is the integration of the Colorful Night feature into the basic camera function of the R7 Plus. This enables the camera to automatically detect night scenes without any additional plug-in and produce premium quality photos under low-light conditions.
German craftsmanship
The OPPO R7 Plus uses a sophisticatedly calibrated lens professionally certified by Schneider Optics, a Germany-based leading manufacturer of lenses for cameras.
Other Features
Display: Visually Impactful
In line with the R series of upscale ultra-thin phones, the OPPO R7 Plus packs a 6-inch 1080p AMOLED display with a pixel density of 367 pixels per inch (ppi). Great for movie lovers, the phone has a very thin bezel which is made possible by merging the Home, Back and Menu buttons into the screen. When a video is playing or an app is running on landscape mode, these buttons are hidden to maximise screen real estate, but you can quickly access them by swiping inwards from the right edge of the screen.
MicroSD expansion and dual-SIM card slot
The smart dual-SIM card slot design provides users with more options.
The OPPO R7 Plus packs a mainstream 32GB of flash memory. At the same time, it features dual nano SIM card slots, one of which doubles as a microSD card slot that can hold up to 128GB of additional storage.
Fingerprint scanner to unlock and encrypt more effectively
The OPPO R7 Plus features a touch-type fingerprint sensor on its back with a higher recognition rate than traditional slide-based fingerprint sensors. You can unlock the screen by a touch of the fingerprint sensor which can store up to five fingerprints corresponding to various commands such as screen unlock and software encryption.