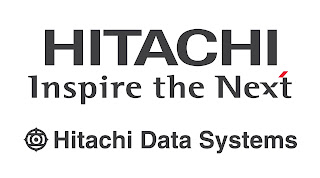 SINGAPORE, June 30, 2015 – Hitachi Data
Systems Corporation (HDS), a wholly owned subsidiary of Hitachi, Ltd (TSE:6501)
today revealed the results of a public safety survey conducted in May 2015 at
the second annual Safe Cities Asia Summit in Singapore. With recent reports predicting that the Asia Pacific region will see the
largest growth in smart city initiatives over the next 10 years, many have
focused on the cost saving benefits and efficiencies that technology can
deliver. However, the survey revealed that making municipalities safer for
people to live and work in is the primary concern of those involved in smart
city planning.

44% of those surveyed expect their countries to invest more than US$100 million
in public safety initiatives over the next two years. Of those investments, 24
percent are expected to be allocated toward surveillance technology, with 19
percent earmarked for big data analytics, and another 19 percent for mobile and
network technology.

Public and
community safety ranked as respondents’ top priority, followed by
transportation and urban infrastructure, and the advancement of Internet or IT
capabilities. Crime investigation, transportation and traffic services, and
cyber security were the top three public safety issues that respondents felt
their countries had struggled with. A lack of alignment between government
agencies was selected as the top factor that was holding back the
implementation of public safety projects.
Safe Cities Asia is a leading event for the Asia Pacific
region’s national security community. The annual summit focuses on key city
planning initiatives that are supported through the provisioning of disruptive
technology for government and industry leaders. Of the conference attendees
participating in the survey, more than a quarter had a background in
technology, with the remainder ranging from city mayors and corporate CEOs, to
military, emergency services and infrastructure providers.
Tony Field, senior
director of Hitachi Data Systems’ Social Innovation Business Unit for Asia
Pacific, commented, “The survey results highlight that many Asia Pacific
countries are looking to implement technology solutions that can have a
meaningful, measurable impact on public safety. While a willingness to invest
in such solutions is apparent among respondents, the main barrier appears to be
a failure to adopt an aligned and integrated approach to safety initiatives,
which would allow cities to create a single holistic view of crime in their
cities.”
A new whitepaper
from Hitachi Data Systems offers in-depth analysis of the survey findings, and
focuses on adoption barriers that prevent full implementation of public safety
initiatives and real-world solutions that are helping to create smarter and safer
cities. The paper can be downloaded for free here.