Today, the images of Huawei’s new Mate 8 smartphone has been leaked on Weibo. This smartphone has much been anticipated by the consumers in China as it is the first phone that showcases the home made Kirin 950 processor, which is manufactured by Huawei themselves. It was previously thought that the Huawei Kirin 950 processor will be released in November this year. Kirin 950 is said to be manufactured with the 16nm fabrication process, and will be better than the flagship Snapdragon 820 in terms of its temperatures and performance. 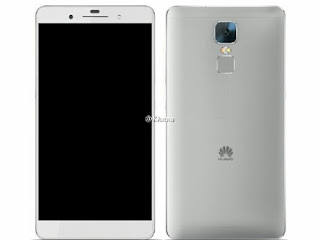 Looking from the image, Huawei Mate 8 comes in a very refreshing and simplistic design, continuing a similar design patter from Mate 7. The whole body will be made from metal, and includes a fingerprint recognition sensor at the back of the phone. The difference from mate 7 is that Mate 8 has got its front “HUAWEI” logo removed, and the rear LED flash has been moved to the bottom of the camera.

AMD gives up on 20nm, moving onto 1xnm