AMD to Usher in “A New Era in PC Gaming”
in Live Webcast at E3
Event to Include
Special Guests, Latest Gaming Trends, and New Product Announcements 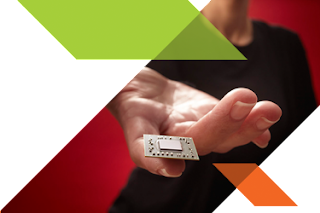 Singapore — June 9, 2015 — AMD (NASDAQ: AMD) today announced that
it will webcast live from the Belasco Theater in Los Angeles during E3. The
event, “A New Era in PC Gaming,” will be hosted by AMD’s Chief Gaming
Scientist, Richard Huddy on Tuesday, June 16, 2015 at 12:00
PM EST (11:00 AM CST/9:00 AM PDT).
A real-time video webcast of the event will be
accessible on the Investor Relations home page: ir.amd.com.
A replay of the webcast can be accessed a few hours after the conclusion of the
live event and will be available for one year after the event.
Additionally, viewers will also be able to access the
live broadcast on the AMD Twitch channel at twitch.tv/amd.
A replay of the webcast will be accessible on the AMD
YouTube channel.
Supporting Resources
·
More information on the Live
Webcast
·
More information on
AMD Investor
Relations
·
More info on AMD Radeon
Graphics products at www.amd.com/graphics
·
Become a fan of AMD on Facebook
·
Follow AMD on Twitter
·
Join AMD on
Google+
About
AMD
AMD (NASDAQ: AMD) designs and integrates technology that
powers millions of intelligent devices, including personal computers, tablets,
game consoles and cloud servers that define the new era of surround computing.
AMD solutions enable people everywhere to realize the full potential of their
favorite devices and applications to push the boundaries of what is possible.
For more information, visit www.amd.com.

Celebrate this Father's Day with Logitech!