Progress Extends Modulus Platform to Support Multiple Languages
Multiple language support is powered by deep Docker integration, giving the enterprise-level platform the ability to deploy and manage the next generation of business and consumer apps 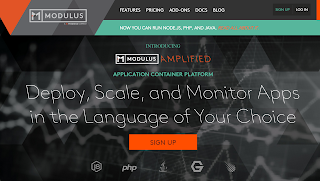 SINGAPORE—May 5, 2015– Progress today announced that Modulus™, its premier Node.js platform as a service (PaaS), now supports multiple application languages utilizing Docker, delivering a complete app deployment platform for the whole enterprise. Organizations that have come to rely on the Modulus platform for their Node.js support now have a single dedicated, secure and compliance-ready environment to deploy, scale and monitor all their applications.
With the addition of multiple language support via Docker, the wildly popular open Modulus platform to build, ship and run distributed applications can better enable enterprise developers to use one platform to manage multiple development projects globally. The Modulus platform now extends proven capabilities such as auto scaling, load balancing, dedicated, secure environments and a compliance-ready platform to other programming languages.
“Docker is committed to providing developers and sysadmins with the tools needed to liberate them from infrastructure concerns and improve all aspects of the application development lifecycle,” said Nick Stinemates, Head of Business Development and Technical Alliances at Docker. “By adding support for Docker into its Modulus platform, Progress has extended the benefits of Node.js to a wider audience of developers, providing developers with new efficiencies and a simplified development pipeline.”
Enterprises need to have applications supported by multiple platforms. The ability to integrate on-premises information systems and cloud-based services is vital for long term growth. Progress has built on the Node.js heritage of the Modulus platform to provide a truly complete app deployment platform for the enterprise.
“Multiple language support is not a nice to have, it is a requirement. Allowing developers to focus on building apps while eliminating the pain of deploying and managing the apps is key – it saves precious time, money and resources, “said Stephen McNulty, Managing Director, Asia Pacific and Japan, Progress. “The latest release of the Modulus platform leverages the popular Docker technology to bring the benefits of the Modulus platform to more development languages and expands the ability for Modulus platform clients to leverage the platform for their entire enterprise. It’s the ideal solution for those looking to develop for the new generation of business and consumer apps.”
With this release, Progress has also made it easy to expand the Modulus platform with additional functionality and supports the build processes in addition to straight deployment. Progress also announced recently that Modulus platform users who are deploying in Asia-Pacific can take advantage of the cloud infrastructure of leading hosting provider DigitalOcean, further solidifying the global presence of the Modulus platform.

Giving Mum the best she deserves - The Yoga Tablet 2 10"