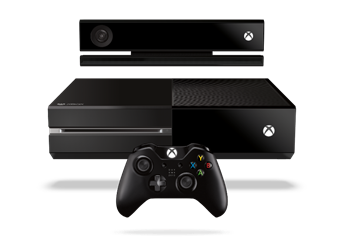 Singapore, 4 February 2015 – The past year was a fantastic one for the local gaming community – and Xbox One ended 2014 on a high where it has been the best-selling console in Singapore since its launch in September based on GfK figures*.
“We are extremely grateful to our loyal Xbox fans for their support. The excitement for Xbox One has been overwhelming. We are proud to offer the best in games and deliver continued innovation that Xbox One fans have come to enjoy,” said Hanson Yap, Marketing Manager, Microsoft Singapore.
Looking ahead, we’ve only just begun to share our 2015 lineup. The fan reaction to the Halo 5: Guardians Multiplayer Beta was amazing, while our recent announcement of Forza Motorsport 6 is further proof that Xbox One remains home to stellar exclusive games. Exciting exclusives and blockbuster titles like Rise of the Tomb Raider, Evolve, Screamride, The Witcher 3: Wild Hunt, Ori and the Blind Forest, Battlefield Hardlineand many more, demonstrates our commitment to ensure we’ll have something for everyone.

We’ll also continue to improve the Xbox One experience through regular system updates and we’re continuing to listen to fan feedback to implement the changes fans want to see most.

And the Xbox experience isn’t limited just to the console. The Xbox team is continually working hard to expand and improve the experience across myriad devices – including home gaming PCs, soon to be powered by Windows 10.


2015 is going to be an amazing year for gamers. Stay tuned for more news!

Level up your console to celebrate the Chinese New Year!