(Singapore, September 2014) The OneAdaptr Twist World Adapter is an all-in-one world adapter with built–in USB charger that works globally with its patented Twist & Lock mechanism which ensures worldwide compatibility for travelers everywhere, simply twist to select one of four most popular power sockets compatible in over 150 countries from Europe, Australia, China to North America.

The Twist World Adapter’s universal power outlet provides both AC power connection as well as a built-in 2.4A USB charger that promises a high power charge for all your electronic devices ranging from notebooks to smartphones and tablets, charging twice as fast as its included charger.
Recognizing the ubiquity of multiple-device ownership in this digital age, the Twist World Adapter’s smart design also enables users to charge up to 2 devices simultaneously, greatly reducing the need for multiple power cords and international converters. 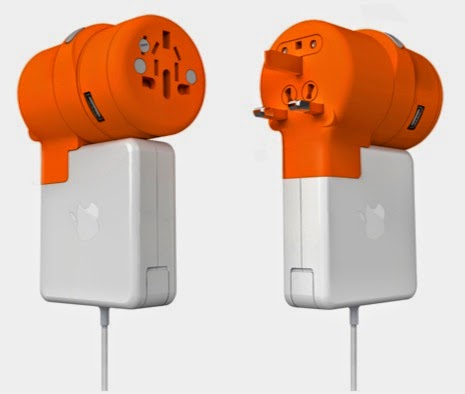 [HISTORY] Countdown to the premiere of Photo Face-Off!