SHANGRI-LA HOTEL, SINGAPORE LAUNCHES FIRST-EVER SOCIAL MOBILE PROGRAMME
WITH WECHAT TO ENGAGE GUESTS IN ASIA
Singapore, 11 September 2014 – Shangri-La Hotel, Singapore has become the first hotel in Singapore to engage with guests in Asia via WeChat, the world’s fastest growing social application that changed the way people connect and communicate with each other.  To celebrate this new partnership, the hotel has launched a “Share and Win” campaign to encourage users to share the news of this initiative.
WeChat users can make accommodation and dining reservations, learn about special offers, understand the hotel’s facilities and check their reservation status upon subscribing to Shangri-La Hotel, Singapore’s WeChat official account at ShangrilaSG. 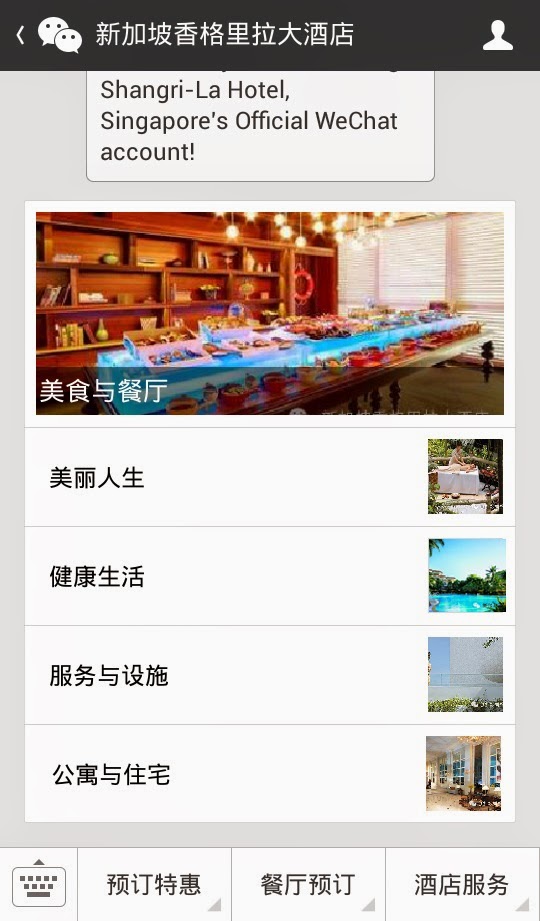 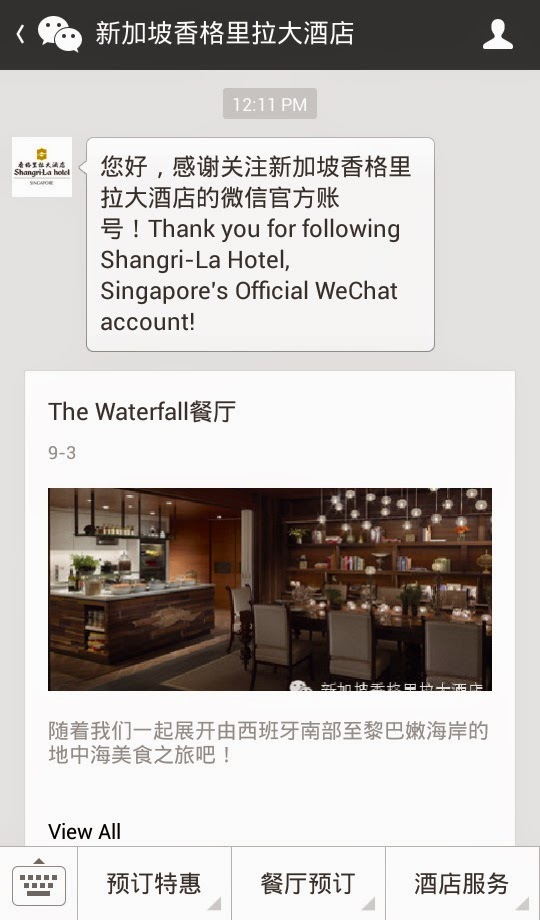 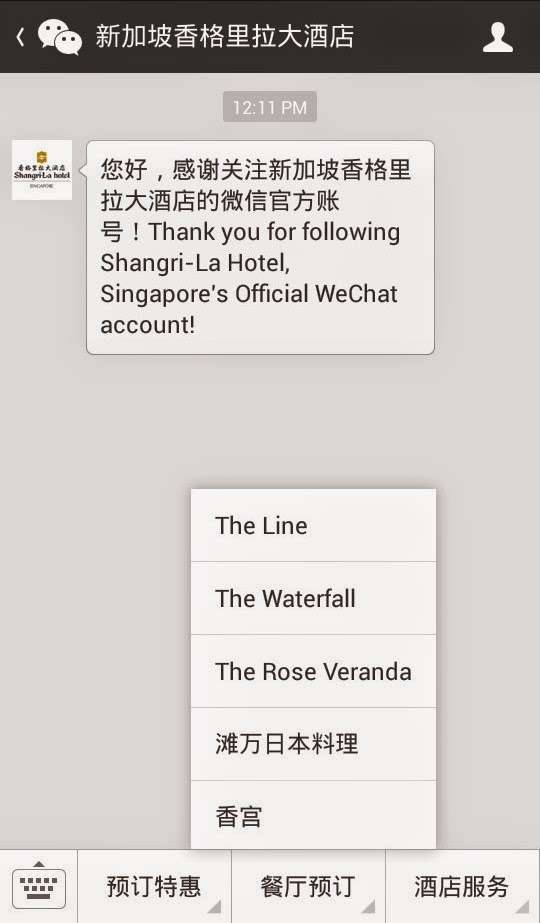 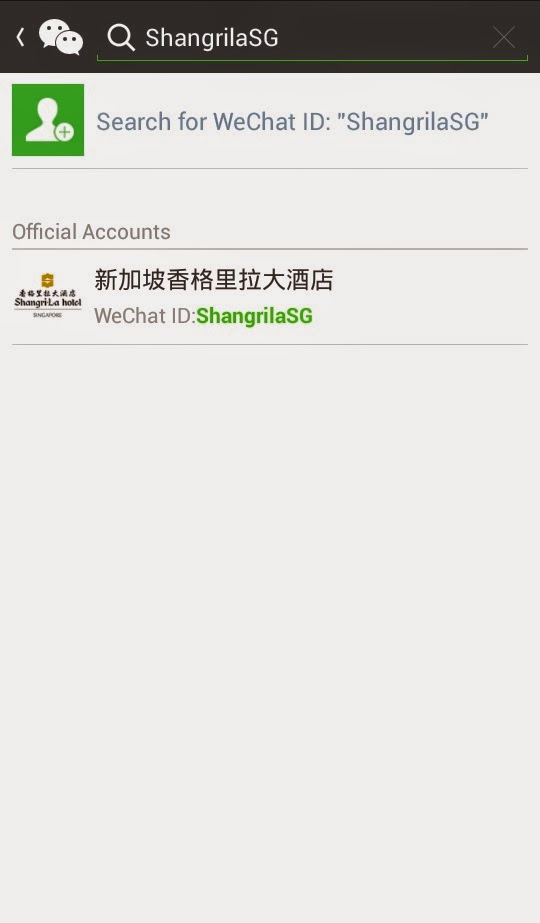 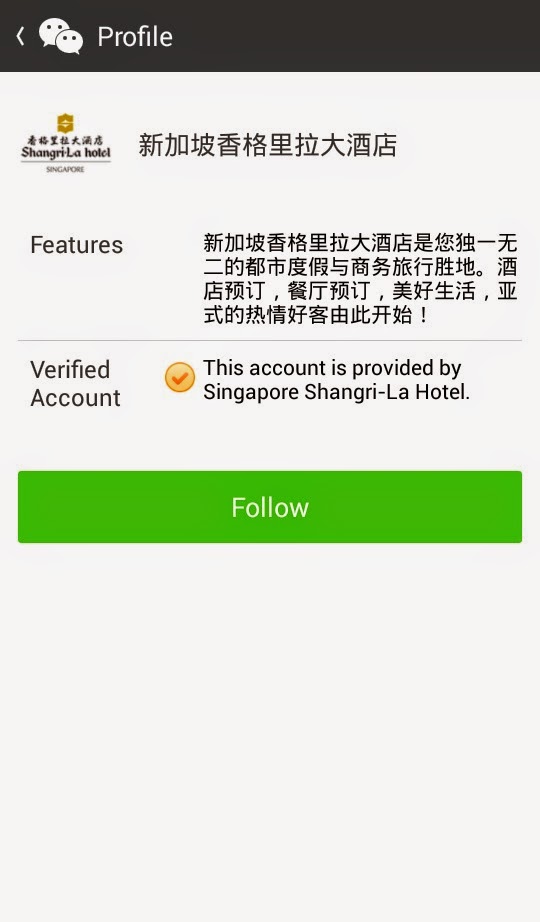 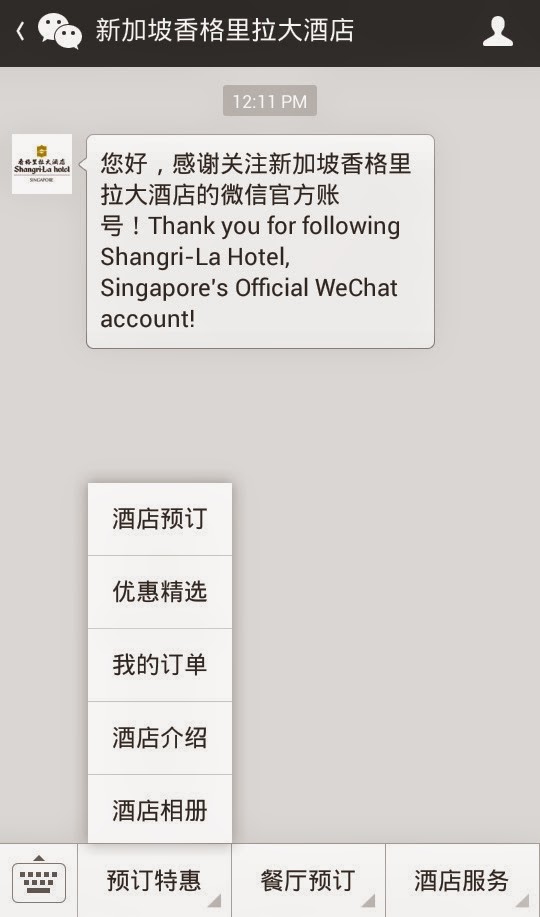 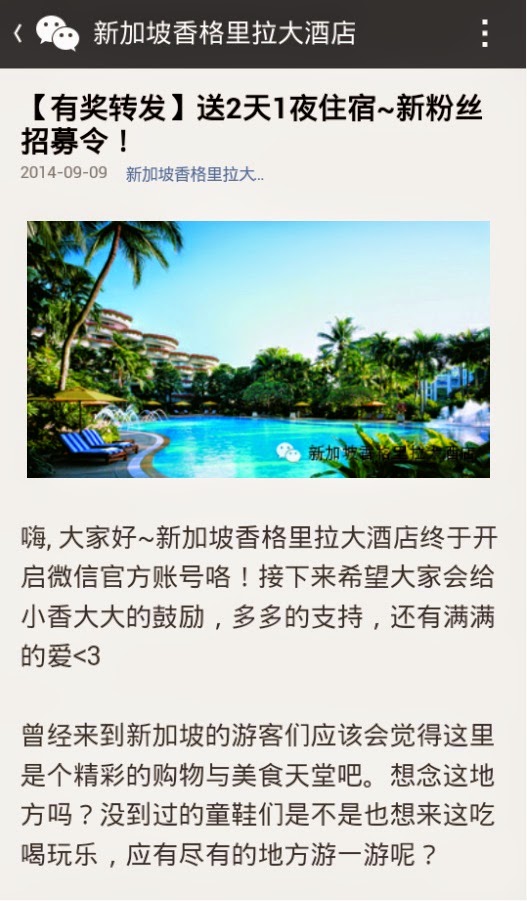 “The new-generation of Asian travellers are sophisticated, knowledgeable and tech-savvy. By engaging with them through WeChat, we are delivering our services and offers directly into their hands. This is one of many initiatives to strengthen our commitment to travellers from across the region, who appreciate Shangri-La Hotels and Resorts as their home during their business or leisure travels,” said Mr. Reto K. Klauser, vice president and general manager of Shangri-La Hotel, Singapore.
The collaboration is a first-ever initiative by Shangri-La Hotel, Singapore to engage the rest of the Asian and International markets through WeChat.  Developed by Tencent and released in 2011, WeChat and Weixin, its sister product in China, together has a monthly active user base of 438 million worldwide (June 2014). GlobalWebIndex (GWI), a market research company specialising in online consumer behavior, named WeChat the fastest growing application between Q1 2013 and Q1 2014, based on global growth figures released in a research in May (excluding China).
“This is our first collaboration with a hotel in Singapore and we are excited to be able to work with Shangri-La Hotel to provide users with a more personalised travel experience,” Louis Song, Country Manager for WeChat in Malaysia and Singapore. “This is made possible by enabling users to explore and manage their hotel bookings seamlessly on the application, thus enriching usage experience for users across Asia.”
‘Share and Win’ Campaign
To kick off the launch of the official account, Shangri-La Hotel, Singapore will introduce a “Share and Win” campaign on WeChat. Starting today until 26 September 2014, users who participate in the campaign will stand a chance to win a one-night stay in the Garden Wing Pool View Room with breakfast for two. There will be three winners selected from this contest. To participate, simply:
1. Follow Shangri-La Hotel, Singapore on WeChat.
2. Share the hotel’s page through the Moments tab and recommend it through a group chat.
3. Send screenshots of the group chat to ShangrilaSG.