Is Microsoft coming up with a new Surface Phone? - The Tech Revolutionist

Is Microsoft coming up with a new Surface Phone?

Home » Is Microsoft coming up with a new Surface Phone?

After releasing their flagship Surface tablets, many were wondering if Microsoft will be coming out with their very own smartphone device. There has been a rumoured Surface Phone that will be released to the market, but Microsoft did not provide any insights or confirmation of the device. However, Microsoft Windows Phone business group’s Director Vineet Durani recently told the media that they are currently validating a new Microsoft branded smartphone. 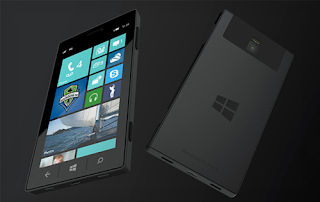 Vineet Durani claimed in an interview that “The team is awaiting for the completion of Nokia’s acquisition so that they can utilize the hardware and software expertise from Nokia.”

Vineet Durani added that they will still continue to work with other manufacturers such as HTC, HuaWei, Samsung etc to push out different Windows Phone devices. He did not say much about further details of the device. Sources have no clue when this Surface Phone will be released.

Additionally, Gartner’s analyst Anshul Gupta showed optimism for the acquisition of Nokia from Microsoft. He believes that once the transaction is complete, Microsoft will strengthen their hold in the market and with a new yet highly experienced global manufacturing assets. Nokia will provide Microsoft will equipment resources as well as new manufacturing capabilities, giving them a chance to catch up with rivals, thus putting them in a better position than before.

Suffering from Tablet-itis? Your Prescription for the Pain: The Lenovo Yoga Tablet