Source : SamMobile
When Samsung was found to be messing around with the Galaxy S4 to improve its benchmark performance, it was only natural that the Galaxy Note 3 would be put under the scanner to see if Samsung was going to continue its practice of artificially boosting benchmark scores. Well, unsurprisingly, the Note 3 does have a few tricks up its sleeves when it comes to benchmarks, as was discovered by the folks over at Ars Technica. 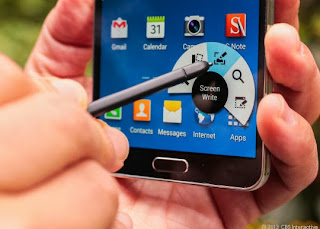 The Snapdragon 800 variant was tested against the LG G2 (which has the same chipset), and it was found to beat the G2 by a considerable margin. As it turns out, the S4 detects certain benchmark apps and pushes the CPU to its full capacity – all four cores are clocked at the maximum of 2.26GHz for the entire duration the app runs, as opposed to a non-benchmark app, which when idle only keeps one core active at 300MHz while the other cores are turned off. The scores get boosted by up to 50 percent according to the benchmark used.
For further testing, a special version of the Geekbench 3 was created with a different package name so that it would not be detected by the device. As expected, three cores remained off and only a single core was operational, and this time the scores of the Note 3 and LG G2 were quite similar. While the Galaxy S4′s chipset boosts were present in some Samsung apps as well, on the Note 3 it seems to be happening only for benchmark apps, and even the GPU seems to be affected, as was suggested by a ”frame rate adjustment” code found in the system files.
Well, what can we say, just don’t believe those benchmark scores that you find on Samsung’s flagship devices. In fact, don’t trust them at all no matter which device it may be, because in the end, it’s the real-life performance that matters, and we all know real-life experience is now great on every flagship smartphone.
The source link has all the details of the test if you’re interested.
Source