ASUS will be releasing a new Android smartphone for the mainstream market. Adding on the the PadFone product line, PadFone mini T00C is the first smartphone from ASUS that targets a different market segment. 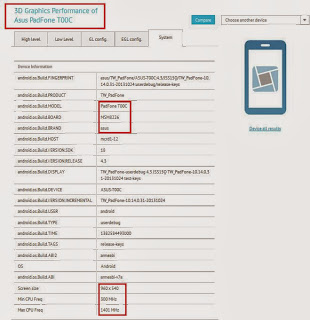 ASUS PadFone mini recently appeared on GFXBench’s website. It has a T00C model number and much of its specifications have been leaked on the site. According to the site, ASUS PadFone mini will have a 4inch 960 x 540 resolution display. It comes with a Qualcomm Snapdragon MSM8226 S4 dual core processor. It is the same chip found in most Windows Phone 8 smartphones. The CPU is clocked at 1.4GHz and runs alongside its Adreno 305 graphics part. It also supports 4G LTE and will be running on Android 4.3

Additionally, being named as a PadFone, this smartphone will also be coming with its tablet dock. However, unlike the bigger sized PadFones, PadFone mini’s tablet dock will probably only come in a 7 inch form factor.

I think the success of the phone will be determined solely on the price. With smartphones like the upcoming Nexus 5 being sold at such an affordable price tag, it is hard for other smartphones of such lower specifications to compete unless their retail price is much lower.