ASUS launches VivoBook S551 at COMEX 2013, gets ready for the exhibition with many star products

Home » ASUS launches VivoBook S551 at COMEX 2013, gets ready for the exhibition with many star products

ASUS Expands Windows 8 Touch Notebook Family with Haswell Model VivoBook S551
A new 15.6” touch notebook featuring NVIDIA® GeForce® GT740M graphics and optical drive for optical media convenience
Singapore (4 Sep, 2013) — Ahead of the global competition as the leading PC manufacturer in Windows 8 touch notebook, ASUS will be introducing the new 4th generation Intel® Core™ VivoBook S551 notebook at the COMEX Show, which will be held from 5 – 8 September 2013 at the Singapore Expo Convention and Exhibition Centre. Alongside its accompanying ASUS VivoBook models ranging from 11.6-inch to 14.0-inch, this new 15.6-inch Ultrabook addition will be also available at all ASUS brand stores and authorised retailers, including Best Denki, Challenger, Courts, Harvey Norman and Newstead. 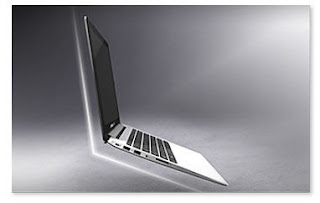 Star Products
ASUS VivoBook S551 Notebook
Providing the finest touch technology for more natural and rewarding interaction with the Windows 8 platform, ASUS VivoBook family takes the ASUS Customer Happiness 2.0 concept forward, offering perfectly-tuned technology to create better, enjoyable and rewarding lifestyles.
For ASUS, touch is more than just another feature. With touchscreens that responds to inputs as fine as 6mm in contact, the ASUS VivoBook family offers one of the most responsive and accurate touch input in its class. Furthermore, featuring the latest 4th generation Intel® Core™ i5 and i7 processors, the new VivoBook S551 is able to handle more intense multi-tasking jobs and HD multimedia than other touch notebooks. While modest in size as an Ultrabook, the VivoBook S551 offers the versatility of optical media convenience by including the DVD optical drive.
Intel® and NVIDIA® technologies combine greater power with improved energy efficiency. Together with exclusive ASUS power management features and premium-grade battery materials, the VivoBook S551 attains an average of 6 hours battery life in normal use such as web browsing, social networking, and Microsoft Office productivity. Consumers enjoy longer computing sessions without having to recharge, adding to freedom of mobility.
ASUS VivoBook stands out for more than its superior touch capabilities and performance. It is designed to be ultra-thin, measuring a mere 22.5mm at its thickest point. Textured surfaces use hairline-treated aluminium, creating an elegant look while offering tangible usability advantages. Aluminium is lighter than other metals, while highly durable to resist potential shock and scratch damage. It also supports more efficient heat dissipation to help the VivoBook S551 stay cool in all situations.
This fusion of practicality, advanced performance and aesthetics is a direct result of ASUS’ “Design Thinking” philosophy, which always starts with the people and puts the needs and expectations of consumers first.
The new 15.6-inch VivoBook S551 will be available in i5 and i7 at S$1,198 and S$1,398 respectively. The ASUS VivoBook is also available in 11.6-inch, 13.3-inch and 14.0-inch.
ASUS MeMO Pad HD 7
First unveiled at Computex in June, the new 7-inch tablet, MeMO Pad HD 7 will be officially available in Singapore at the COMEX Show. The latest mid-sized addition to the ASUS Android tablet family, the MeMO Pad HD 7 is an upgrade from its predecessor, the MeMO Pad. It sports a quad-core processor with 1,280 x 800 HD IPS display with 178-degree wide viewing angles, stereo dual speakers and dual-facing cameras. Sporting in four vibrant colours – Pearl White, Vivid Pink, Lime Green and Charcoal Gray – that cater to each different personality, the MeMO Pad HD 7 is perfect for mobile entertainment anytime, anywhere. 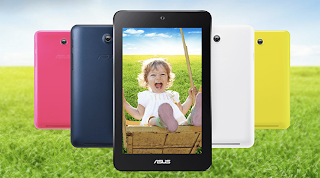 The MeMO Pad HD 7 is packed with a powerful quad-core processor and 1GB RAM to ensure optimum performance. Featuring Bluetooth 4.0, which is known for its lower power consumption and ease in data transfer, this ensures that the tablet is able to maintain its connectivity to other devices for a long time without consuming too much power.
With a 3,950mAh battery and coupled with the Smart Saving technology optimised to extend the battery life, the MeMO Pad HD 7 offers up to 10 hours of battery life to work and play throughout the day. On top of the built-in 16GB of internal memory, the MeMO Pad HD 7 also offers an additional 16GB of online WebStorage free for a year, with a microSD slot providing up to 32GB of storage. The MeMO Pad HD 7 also sports a 5-megapixel rear-facing camera that can record 1,080p video, while the 1.2-megapixel front-facing camera is able to make video calls and record videos at 720p HD resolution.
Featuring 1,280 x 800 pixels in an IPS panel, the MeMO Pad HD 7’s screen is suitable for everything from content viewing to reading indoor and outdoor, even under strong sunlight. With the exclusive ASUS Splendid app, users will be able to adjust the colour and brightness of the screen to their preference. TheMeMO Pad HD 7 also comes equipped with high quality stereo speakers made from metal with increased hardness to enhance audio experience. Couple it with the preloaded ASUS AudioWizard app, users will be able to enhance their mobile entertainment experience with deep, dynamic and vivid surround sound that brings movies and music to life in an instant.
Two types of cover will be available with the MeMO Pad HD 7 –
The new 7-inch MeMO Pad HD 7 will be available at S$249 from 5 September onwards. Both the TransCover and Persona Cover will also be available concurrently at S$39 and S$29 respectively.
ASUS PadFone™ Infinity
The latest evolution of the award-winning PadFone™ series, ASUS PadFone Infinity combines incredible design with an uncompromised user experience from its renowned “Design Thinking” philosophy. 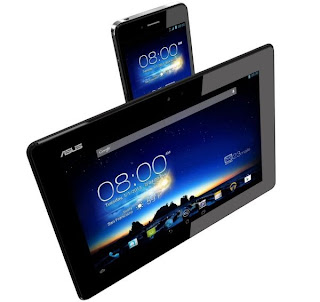