According to The Verge, Apple iOS7 beta 4’s source code shows that the new iPad mini will not be equipped with Retina display. However, on a separate report, Wall Street Journal claims that in order to remain competitive with the new Google Nexus 7, the second-generation Apple iPad mini is going to have Retina display. 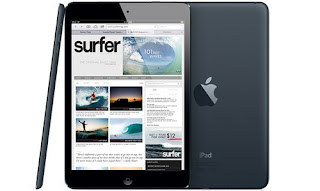 It is reported that Apple is preparing to mass produce Retina displays for iPad mini 2. It is expected that the new iOS tablet will be coming in fourth quarter this year. According to sources, Apple originally planned to only use Sharp and LG displays, but in order to ensure that there are enough displays for their products, they included arch rival Samsung in the list of suppliers as well.

Additionally, Apple is also considering to make iPad mini 2 available in multiple colours. The current iPad mini only has black and white options. Amidst all these new products from Apple, we are unsure if the price of iPad mini 2 will still be competitive as compared to the new Nexus 7.