We previously reported on the problems that the new 2013 Nexus 7 device is bringing to their customers. It seems that it is a software issue after all which is causing the erratic multi touch problems. Google has pushed out JSS15Q build update over-the-air to all the new Nexus 7 devices. 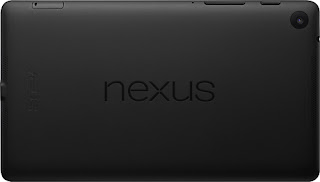 At the Google Product Forums, Googler PaulW has advised that the update will solve the multi-touch issue.

“Hi everyone,
As a couple of you have mentioned, there’s a new system update that’s started rolling out for your Nexus 7s. This update does address the touchscreen issues discussed in this thread. If you’re one of the people experiencing touchscreen issues, please let us know how it’s going after you’ve received and installed the update.”
A few users who have updated to the latest build codes have confirmed that the problem has been solved and that touch is functioning much better now. However, there are still a few instances where unintended double taps here and there are recorded.
We have to acknowledge the quick response from Google, rolling out updates so quickly to solve the problem rather than pissing users out with their new device with the irritating issue.
The update is rolling out gradually to the devices. Someone will probably grabs hold of the OTA file (efforts for that are ongoing over at XDA-Developers) soon and we will update you when the files arrives. You can try to force the update through the Settings » About tablet » System updates menu in the meantime.