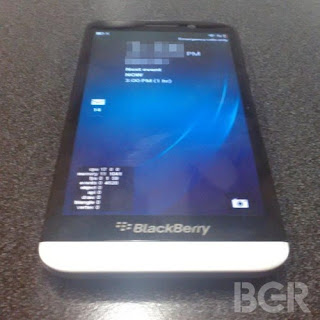 The alleged BlackBerry A10 smartphone will have a 5-inch Super AMOLED display screen with a 720p screen resolution. This is still one level below the current Android flagship devices which have Full-HD screen resolutions. Additionally, A10 will only adopt a dual core ARM processor.

It can be seen that BlackBerry A10 looks fairly similar to BlackBerry Z10, but it comes in a more rounded shape. Sources also pointed out that the back body of the A10 looks like Q10’s.

As compared to Windows Phone, BlackBerry 10 is not performing as expected to in terms of sales figures. As for BlackBerry, other than quickly pushing out variants of smartphones based on different specifications and market segments, they also have to improve their current mobile operating system, especially tackling at the problem of a lacking number of applications available on the platform.

Sony sends PS4 Controller for Taiwan's NCC Certification. Will PS4 be released in Asia along with US?