Over the past couple of months, motherboard vendors from across the industry offered BIOS updates for their motherboards based on Intel B85 Express and H87 Express chipsets, which enable CPU overclocking for Intel’s unlocked Core processors denoted by “K” brand extension (Core i7-4770K, i5-4670K). This reportedly hasn’t gone down well with Intel. Intel’s Bxx and Hxx chipsets are significantly cheaper than its Zxx series chipset. Sensing a clear threat to its revenue, from the prospect of motherboard vendors coming up with high-end or overclocking-ready (strong CPU VRM) motherboards based on cheaper chipsets in the near future, Intel cracked down on them. 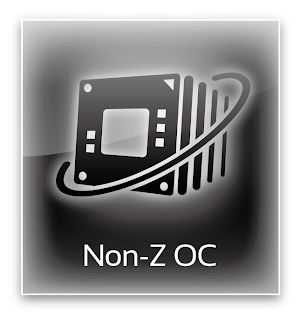 Intel is giving final touches to a CPU microcode update that restricts Core “K” Haswell processors from overclocking on chipsets other than Z87 Express. A microcode update can be deployed both through BIOS updates, and surreptitiously through Windows Update. Intel’s used the tried and tested “stability” bogey to justify the update. While it’s true that motherboards based on B85 and H87 tend to feature weaker CPU VRM, there’s nothing to say that ASUS wouldn’t have gone on to design its next ROG Maximus on H87 Express, and save on manufacturing costs. While it’s purely hypothetical, something like that wouldn’t be in Intel’s commercial interests. What next? Intel will push this new microcode update on to motherboard vendors, instructing them to issue BIOS updates with it; and future batches of Intel “K” CPUs may not support overclocking. If that isn’t enough to contain the problem, Intel may give Microsoft a ring, and ask it to push the update through Windows Update. It tried that once in the past.

Nokia will create a 6-inch Windows Phone aka Lumia 1030