Previously, we revisited Home Networking by trying out some new Wireless AC products from ASUS. We were extremely impressed with the new wireless standard because of it’s performance in terms of broad signal coverage and speeds. However, a mainstream adoption of the new wireless standard depends on the availability of the new Wireless AC products. ASUS has added a new USB Wireless AC Dongle to their lineup of Wireless AC receivers, giving users a wider variety of choice to choose from. More importantly, this new USB Wireless AC receiver is in fact the right and best choice at the moment, which no competitors can match.

We were facing some technical issues with the previous ASUS USB-AC53 dongle. This was because the specific dongle is using a USB 2.0 interface, which is theoretically limited to 480Mbps. However, the new Wireless AC standard can reach speeds of more that 1Gbps. It was obvious that the dongle’s USB 2.0 interface will bottleneck the wireless speeds coming into the dongle. We were glad that ASUS has realized the need for a USB 3.0 based Wireless AC dongle, and quickly released the USB-AC56 Dual-band Wireless-AC1200 Adapter for the market, just barely 3 months down the road.

The USB-AC56 was put up against a budget Wireless N TP-LINK WN723L dongle for comparison at the same distance from the PC to the wireless router, which is a ASUS Wireless RT-AC66U. AC56 was operating at 5GHz while WN723 at 2.4GHz. The main idea is to test the capabilities between the 2 frequencies and how much performance differences it brings. 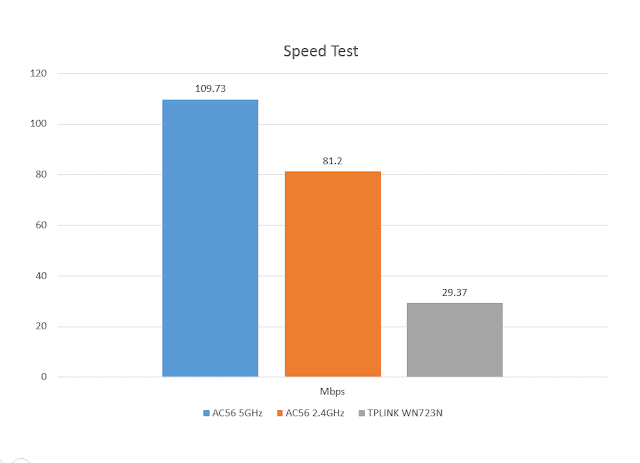 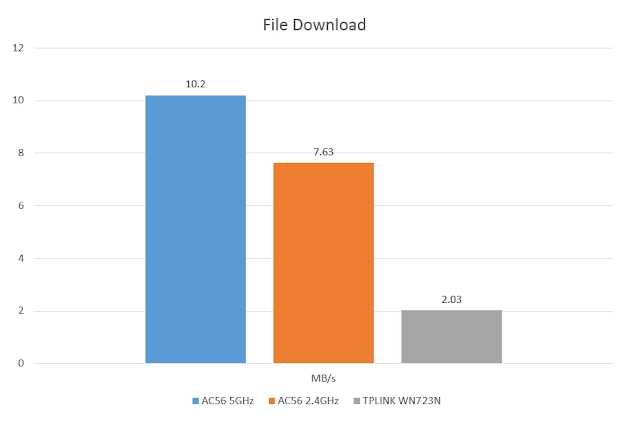 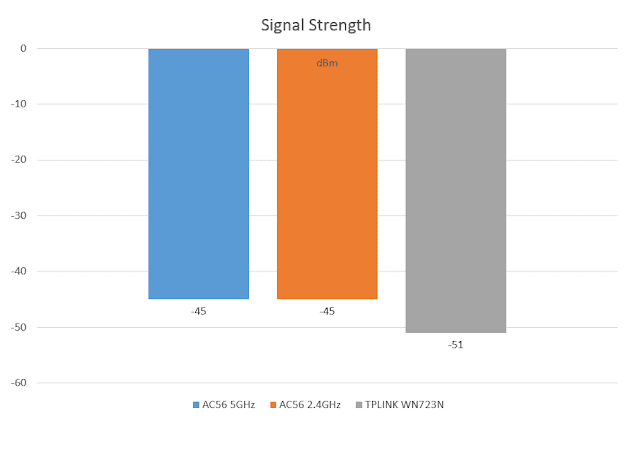 It is apparent that in terms of performance, USB-AC56 shines. These numbers were impossible with previous generation Wireless N technology and we can see that wireless speeds on AC standards are almost 5 times faster than usual Wireless N.

It was clear that USB-AC56 is much faster than any other standard Wireless N dongle on the market, thanks to the new wireless standard. The new wireless standard should be used in all home networking setups if you are running fibre to the home. With Wireless AC, you will be finally able to get the full speeds and bandwidth which you subscribed to wirelessly. USB-AC56 is currently the best choice you can make for the ultimate wireless experience. USB-AC56 retails at $129 (SGD) and is currently available at PC SHOW 2013, as well as ASUS authorized resellers. It will be a good investment for early adopters who find a need in the best wireless technology available.