Intel has just launched their 4th Generation Core Processors (Haswell) at COMPUTEX 2013, on the 4th June. In fact, the fourth generation Intel Core processors have already reached the manufacturers quite some time ago. Thanks to that, we can enjoy the new Intel Core architecture benefits in the new laptops that are bought at PC SHOW 2013. 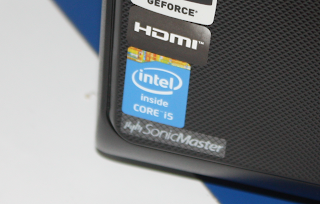 Today is the last day of PC SHOW 2013, and it’s the best time for resellers to clear their old 3rd generation Intel Core enabled PC’s stocks. Luckily, you are reading this article and know that there are newer technology out there which you can purchase, and be the wise shopper who is one step ahead in your next purchase.

There are lesser notebook models at PC SHOW 2013 carrying in the latest 4th Generation Intel Core Series processors. We have noted that specifically 2 brands have made an effort to bring them in first into Singapore shores. They are namely Aftershock and MSI. 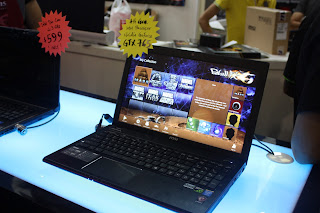 I first saw MSI having a laptop with the 4th Generation Intel Core processor. GT60/GT70-20C both have Intel Core i7-4700MQ Processor with is in fact the one of the faster Haswell based mobile processors. These are quad core processors and works great for gaming. GT60/70 are gaming machines and they even come with GTX770M. Go lag free with this new machine. 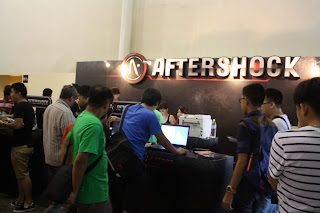 AfterShock also has their lineup of gaming laptops with Haswell Processors installed. In fact, all the laptops at their booth are Haswell powered. AfterShock PCs are also budget friendly for a high end gaming machine. If you support the Singapore brand, Aftershock is a growing brand locally and provides one of the best gaming laptops in town.

There are more models for Desktop PCs with Intel 4th Generation Processors. They comes from ASUS and Dell.

Now you know that you can get Haswell at PC SHOW 2013, what are you waiting for? Rush down to PC SHOW for the late comers exclusive offers. Resellers don’t want to bring too much stocks back to their warehouse and they will sell computers for real cheap for the last few hours. Hoot! Hoot!