The Valentines Bundle 2.0 By Indie Royale 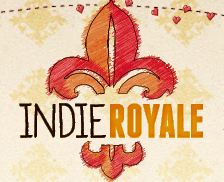 So Valentines day has just passed. Not surprisingly, IndieRoyale has also launched a new bundle of indie games called the Valentines Bundle 2.0, a “sequel” to last year’s indie bundle that was created on the same date. The bundle consists of games that are either available on steam or on Desura. For those who don’t know what Desura is, it is another platform which is quite similar to steam but is catered mostly towards old triple A titles and indie games. It is a powerful platform overall and you guys might want to check it out here.
So how much does this bundle cost and what are you getting? The bundle works differently from others like the Humble Bundle or Indie Gala and the likes. In this bundle, the more people who purchase at the lowest denomination of “the average” will increase the base value of the bundle for future users. If more people donate a larger amount to the bundle versus the average amount, this will drop the base average price. Of course, the money you donate can be paid by credit card or paypal. A unique URL is then sent to your email address of choice and you can retrieve your games there.

So what’s first on this list? It’s Serious Sam 3: BFE. This here, folks, is a winner. Serious Sam 3 is worth the price of the bundle alone and some more, depending on whether you like classic FPS games like the old Unreal. Serious Sam 3 features 12 base levels of gameplay with a “jewel of the nile” expansion which includes 2 extra levels and is coincidentally on sale on steam at 1.99 USD as a part of steam’s linux launch sale. This game is a game you probably will like if you are into adventuring, finding odd secrets as well as killing monsters. A LOT of monsters. It’s the only Triple A title in this list that’s still considered indie and is also one of the best shoot em ups I’ve played in 2011. It is, of course, not incredibly amazing. However, it does have a good atmosphere and the monsters can scare you sometimes coming in all directions. Kamikaze headless men are sight for sore eyes and constantly fill you with anxiousness as you look around desperately looking to snipe them off before they get too close. And yes. Buckets of blood galore. 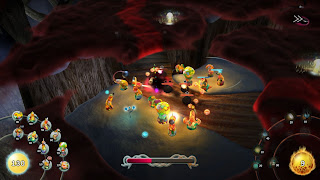 The next game on the list is a game called “Shad’O”. If you’ve never heard of this before, it’s a sort of tower defense game with its story line based on driving the “fog of oblivion” away from a young boy’s mind to save his memories. Sounds pretty cheesy, but then again, so do most indie games. You start off learning how to push back the fog using whatever you can summon and your job is to defend the memories of the boy. You get towers you can build using a resource called “light” and you get shadow resources for casting spells which appear when you kill shadow demons from the fog. Boss fights do occur and you do get to replay the level on Nightmare difficulty for more upgrades for your companions which are your towers as well as your spells. The game does a good job of setting the environment and making things look really creepy. It also has a fantastic soundtrack which I do recommend you pick up when you purchase this bundle. The game works fine on PC and has proper resolution options and graphics settings in an external loader before the game starts. This is a pretty good buy though the one thing I noted was that it got a little repetitive after awhile due to lack of variety of enemies though the boss fight that happened once every few levels was pretty interesting. Their translation into English at the time of release was also quite bad and thus, you do need to get used to their lingo. Nonethelsss, Shad’O is a pretty solid product that one might enjoy. 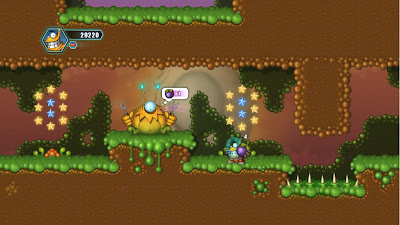 Next on the list is a title by the name of Oozi: Earth Adventure. This is a 2D platformer with a very cartoony artstyle and has been released on the xbox live marketplace, receiving lots of good scores. If you’re not sure if you want this game or not, here’s a link to the developer’s blog where you can download and try their demo. It does essentially what it says. It offers an interesting platforming experience and that’s about it. There are fancy gimmicks here and there like interesting boss fights but the overall game doesn’t truly innovate much like Braid or something like Super Meat Boy where the gimmick was it being insanely hard. This isn’t the best platformer out there and there isn’t really a lot in terms of song variety so if you are a die hard fan of platformers, you may want to pick this up. For others, it’s probably just another game to put on Desura and leave it alone. 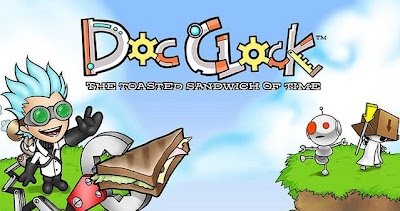 Following that, we have Doc Clock: The Toasted Sandwich of Time. A really long name for a really amazing game. It is a 2D puzzle game where you “invent” things to figure out ways to pass through a level. It also has pretty good humor. The game has an amazing feature called the “Time Slider” where you can reverse all your mistakes and go back to any frame of the game you were previously in using it.What is going to be annoying for players is that you may need to rotate items in order for them to work properly and that isn’t very fun for me. That aside, I can safely recommend this game to any one who likes puzzle games. 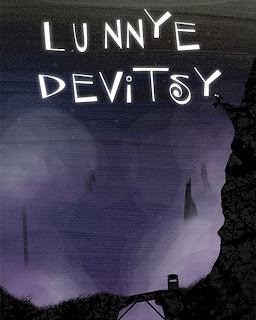 Another title in this bundle is Lunnye Devitsy. It’s a small game which can be completed in a few hours and is a puzzle action platformer. The storyline is an odd one where you are an alien who fell off the moon so you need to get back. You must find a way back to the moon through a few exits that can be found throughout the mountains. You don’t exactly die in this game and there is no real failure state. All you do is collect clues and find the exit. The game does have a very interesting atmosphere and the game prides itself on an open world with no objective except finding clues. You do need a bit of brains to solve your way through this game but the game does have a good soundtrack and some interesting gameplay.
The last game on this list is a game called Wake 2013. It’s made by the same people who made Lunnye Devitsy. This is a platformer once again with an 8 bit graphics style which…oddly enough is kind of weird since this game doesn’t have anything to do with that era of gaming. I’ll be honest and say I’ve actually not played this game and the only thing I remember of it is that it was release sometime back in 2010. You are essentially a person on a sinking ship and you have to find your way out of the ship. You collect keys, axes, torches and flares to use and help you on your escape and the game’s replayability seems to come from high score systems and ranking. I cannot recommend this game because I don’t know enough about it but hopefully, you will be able to learn something about it and might actually enjoy it.
Overall, the bundle is worth the minimum cost alone due to Serious Sam 3. However, there are actually other games aside from that which are actually quite fun to play such as Shad’O and Doc Clock: The Toasted Sandwich of Time (my god that name is long). Perhaps taking a break from playing Triple A game releases and looking back at older games we may not have played or even heard of before would be a wise thing to do right now, considering the controversy surrounding the recent Aliens: Colonial Marines, which I am vastly disappointed in myself. Do buy it if you are interested in any of the titles as this is a pretty good offer and will only be around for awhile!

[Technical Overview] UEFI VS Traditional BIOS Boot : What it means to you?