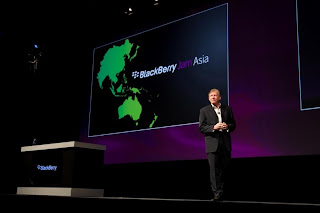 “Developers from around the world are joining us on the last leg of the journey to the launch of BlackBerry 10 and we are thrilled at the enthusiasm we see from them. We have worked hard, and continue to work hard to meet the needs of developers,” said Alec Saunders, Vice President, Developer Relations and Ecosystems. “Developers asked for hardware to test their apps, and we delivered. They asked for the roadmap about the tools, and we posted it. They asked for RIM to show our confidence in developer success, and we’re doing it. We’ve continued to refine and add on to our developer programs to ensure we are giving developers the best opportunities for success with BlackBerry 10.”

The BlackBerry 10 SDKs get their latest update today. The developer community has been providing feedback on the tools and this update will add support for installing the BlackBerry 10 IDE on Mac OS X, an update to the Visual Studio Plug-In beta, forward compatibility for BlackBerry® WebWorks™ HTML5 apps, sensor and orientation APIs for BlackBerry WebWorks, and more. The BlackBerry 10 SDKs will come out of beta into full launch on December 11, 2012. More information is available at: http://developer.blackberry.com

** Restrictions apply. See Terms and Conditions for complete details. All amounts are in U.S. Dollars.

Microsoft Surface Pro to be priced at 899USD