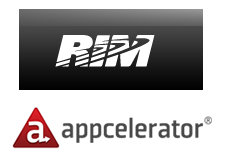 (Mountain View, CA and Waterloo, ON – Research In Motion (RIM) NASDAQ: RIMM; TSX: RIM), a global leader in wireless innovation, and Appcelerator®, a leading mobile development platform provider, today announced that they are working together to offer mobile developers a number of incentives, including financial rewards, free services, and testing hardware, for creating BlackBerry® 10 applications.

The incentives are open to Appcelerator’s ecosystem of over 390,000 developers, who have 50,000 applications deployed worldwide on over 90 million devices.
Through the power of Titanium’s cross platform capabilities, developers and enterprises will be able to build and port their applications to BlackBerry 10, and Appcelerator indicates that developers should have the ability to reuse between 65-90% of their code as they port from other leading platforms to BlackBerry 10.

Titanium for BlackBerry 10 will be available on December 7, 2012 in a pre-release version.

• Up to 10,000 developers will receive one year of free Appcelerator Cloud Services (ACS) and Analytics, once their app is approved and available for sale on BlackBerry World

“Developers and enterprises continue to look for robust cross-platform solutions and we are thrilled to work with Appcelerator to have Titanium support for BlackBerry 10,” said Alec Saunders, Vice President, Developer Relations and Ecosystems, RIM.

“Appcelerator’s community will not only have the ability to leverage Appcelerator’s native applications for faster porting, but will also be part of the growing momentum for BlackBerry 10 and be able to take advantage of the phenomenal programs we have for developers, such as the 10k commitment.”

According to Appcelerator, customers who standardize on the Titanium platform can get to market up to 70 percent faster and can quickly optimize business results with analytics-driven insights into user behavior and app performance.

Appcelerator Analytics gives developers insight on how apps are performing, what features are being used the most, and where there are opportunities for improvement. Appcelerator Cloud Services (ACS) offers a fast and easy way to build connected apps with services including status updates, photo storage and social integration.

“As Appcelerator announced at the BlackBerry World 2012 conference in May, we are committed to delivering outstanding support for BlackBerry10 within Titanium,” said Sandeep Johri, Chief Operating Officer, Appcelerator. “In our quest to deliver native apps across all the major platforms, we are excited to roll out compelling incentives for Appcelerator’s mobile developer community, including the tools for building and bringing apps to BlackBerry 10.”

Appcelerator will demonstrate Titanium support for BlackBerry 10 at BlackBerry Jam Asia in Bangkok, Thailand, November 29-30, and will host an on-site developer workshop. RIM will offer training and support through a webcast beginning the week of December 10, 2012.

Titanium (final code) support for BlackBerry 10 is expected to launch in the New Year, ahead of the BlackBerry 10 launch event, which is scheduled for January 30,2013.