In this review, we are going to take a look at the brand new Google Pixel 6a and find out if it is worth spending SGD 749 on it.

The Google Pixel 6a 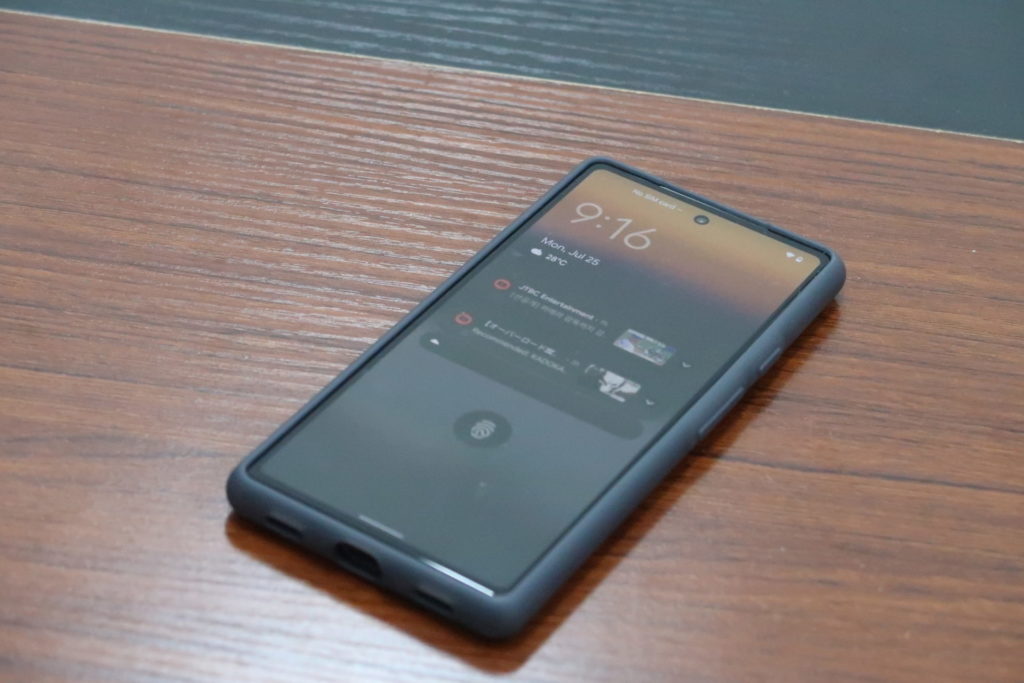 The Google Pixel 6a branding doesn’t exactly do good to the product. In the past, the ‘a’ branding in the Pixel series of smartphones referred to more affordable Pixel smartphones with poorer performance. These smartphones are also typically smaller, and don’t perform as well as expected.

However, with the Google Pixel 6a, we could possibly neglect the impressions that the ‘a’ series Pixel phones don’t perform as well. In fact, other than a few reduced specifications such as a smaller display and a reduced battery capacity due to its more compact form factor, it isn’t really different from the Pixel 6 and Pixel 6 Pro.

All the three smartphones run on the Google Tensor processor, which is developed to ensure the smooth operations of the smartphone. 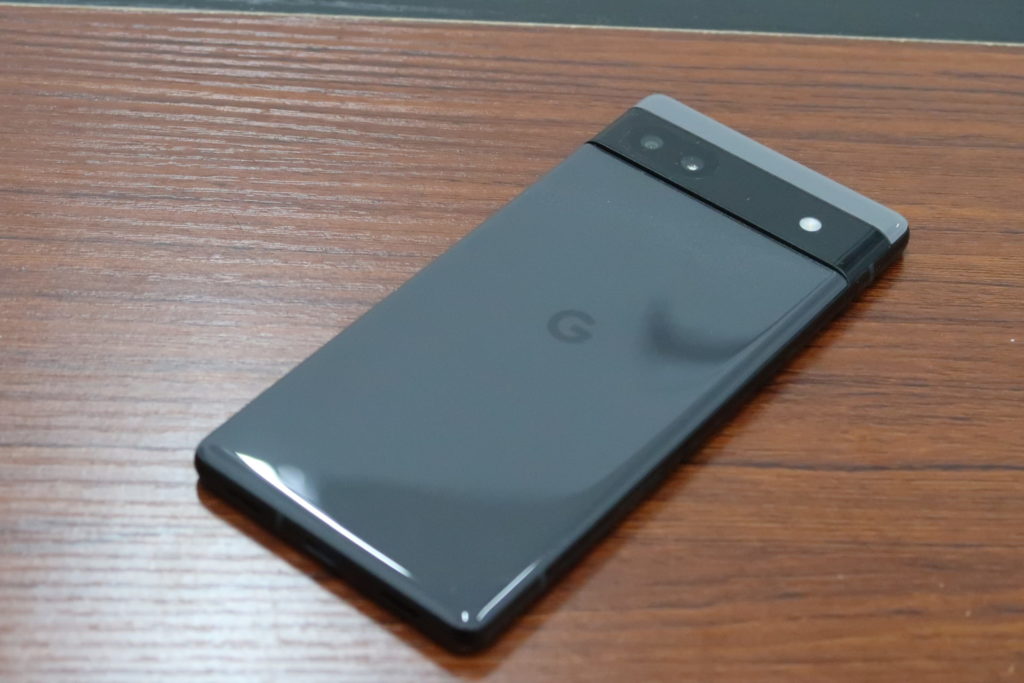 Similarly, the Google Pixel 6a does have the classic Google Pixel minimal design and style. It’s an attribute that keeps the Pixel smartphones apart from competition. 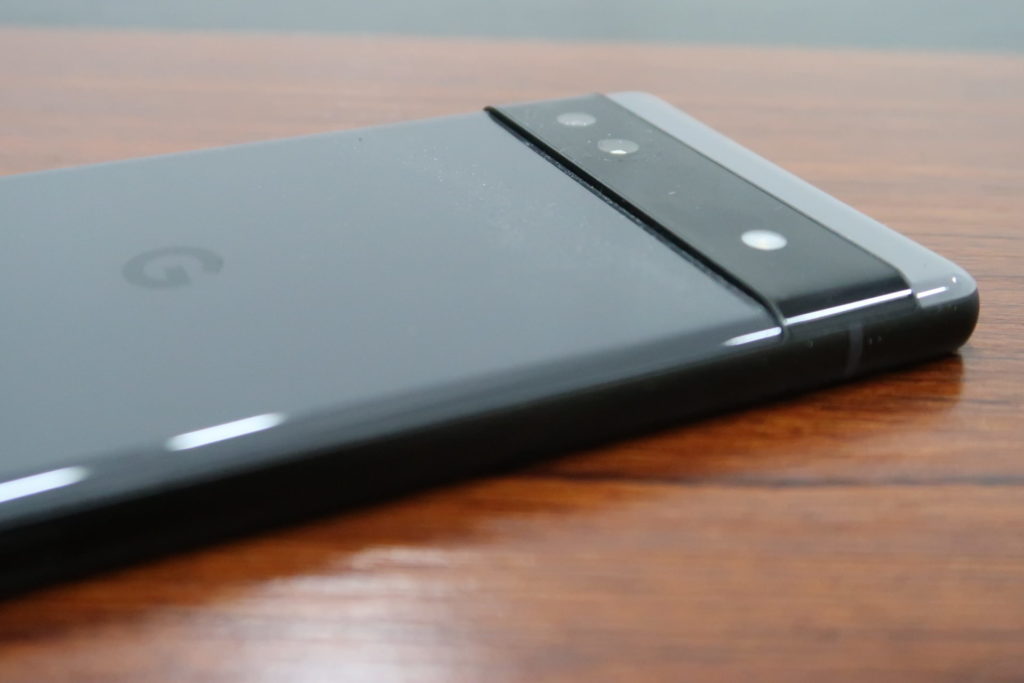 There is still a camera bump at the rear of the device, but it’s not as thick as those found on the Pixel 6. If you are concerned that the camera could be scratched easily, you can also purchase the case for the Pixel 6a which protects the camera module and prevents it to come into contact with a surface when the phone is laid down.

With prior experience on the Google Pixel 6, I would generally feel that the Pixel 6a comes in just the right size for a modern smartphone of today.  Its 6.1-inch size fits well in my hands, making single-handed usage possible. It is also because of the small profile of the phone that operating the phone became a lot more convenient. For example, with a larger display like the Pixel 6 Pro or Pixel 6, you may need to slightly stretch your thumb out to reach the middle of the screen for fingerprint authentication. With the Pixel 6a, this becomes a lot more natural.

Instead of calling the Pixel 6a small and compact, I would rather call it optimized and made at the right size for me. It has just made using the phone so much easier, especially when you can very easily reach out to every single point of the display or even the physical buttons.

The Google Pixel 6a also features the signature stereo speakers like all the other Google Pixel smartphones in this series. Similarly, we’ve still got to say that the stereo speakers on the Google Pixel 6 series are one of the best sounding speakers you can get on a smartphone. They are able to provide a good “surround” effect to the listener, just like if you are listening to music or watching movies from your desktop computer or TV. It’s great for general entertainment consumption. However, if I were to be strict, I still thought that the speakers lacked that impact that larger speakers can provide. The focus was on the mids and highs, which made the speakers sound very clear and detailed, but as the low frequency sounds are generally neglected, fast-paced media just don’t play as well. 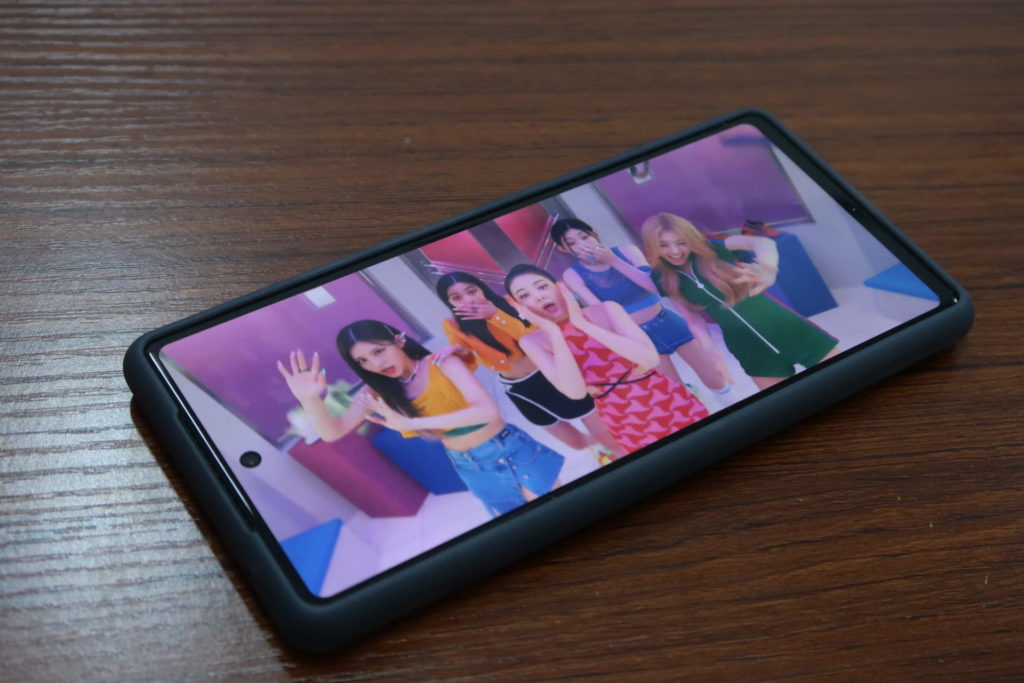 The Google Pixel 6a also uses an OLED display which provides great contrast ratio to the content that are presented on screen. It only refreshes at 60Hz though, unlike its bigger brothers which have displays which can refresh up to 120Hz. Honestly, the 60Hz display refresh rate doesn’t really affect me at all, as most content are still presented in less than 60FPS anyway.

For our tests, we will compare the Google Pixel 6a with my Xiaomi Mi 11 Lite NE 5G.

Generally, the colours of the photos captured on the Pixel 6a look natural and is well reproduced from what you see from your eyes. On the other hand, the photos Mi 11 Lite NE look more vibrant and bright.

Comparing the different zoom levels on the Pixel 6a and Mi 11 Lite NE, we thought that both camera systems were able to retain details well even when the images were zooms digitally. The Mi 11 Lite NE does allow digital zoom up to 10x, but the Pixel 6a can only zoom up to 7x.

The Google Pixel 6a’s Night Sight feature also does wonders. In a location where it’s almost pitch dark, with Night Sight turned on, the images of a quarry, together with its reflection on the water surface could be reproduced. This was not possible with the Mi 11 Lite NE at all.

Even in night shots, the Pixel 6a still manages to retain decent amount of details.

Another feature that made us sing praises about the Google Pixel 6a is the “Magic Eraser” feature. Currently, this feature is only available on the Google Pixel devices. By utilizing AI models, the Google Photo app is able to understand a photo’s subject and suggests to you unintended objects that can be removed. You don’t have to think about random strangers photobombing your shots anymore. With just a simple tap, they can just magically go away. It’s certainly a feature that’s eerily useful, as you can simply just “remove” people from your photos. 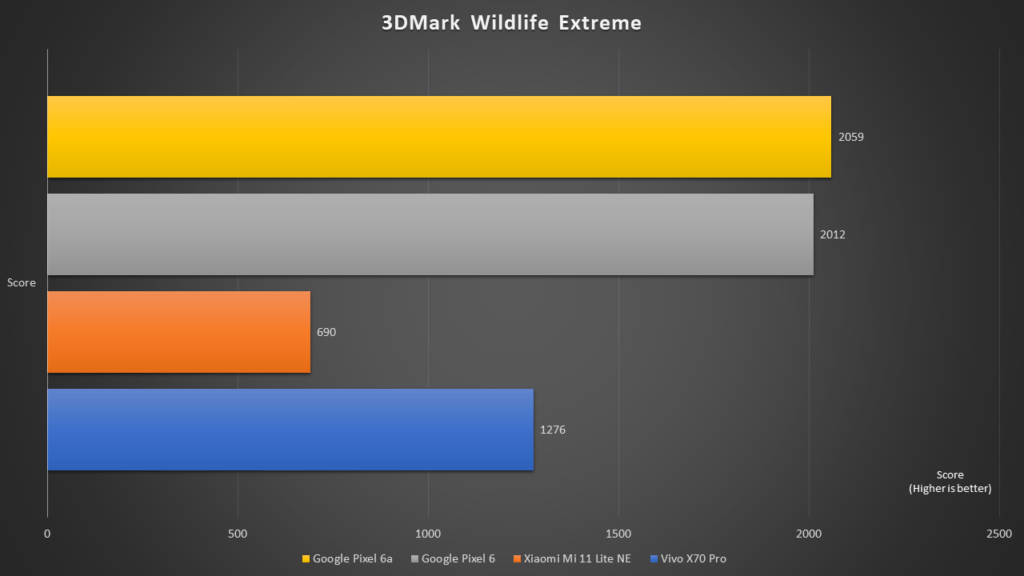 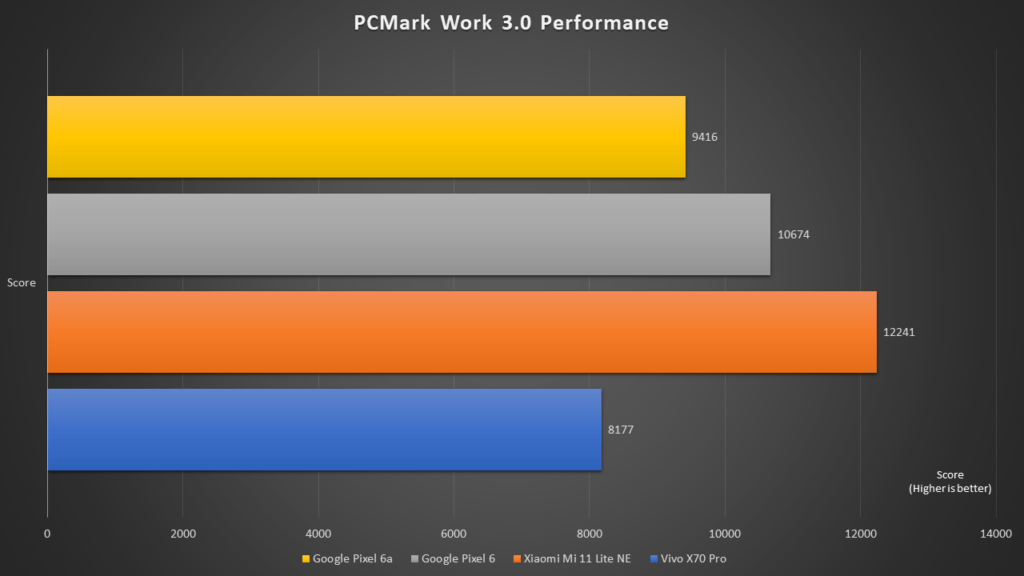 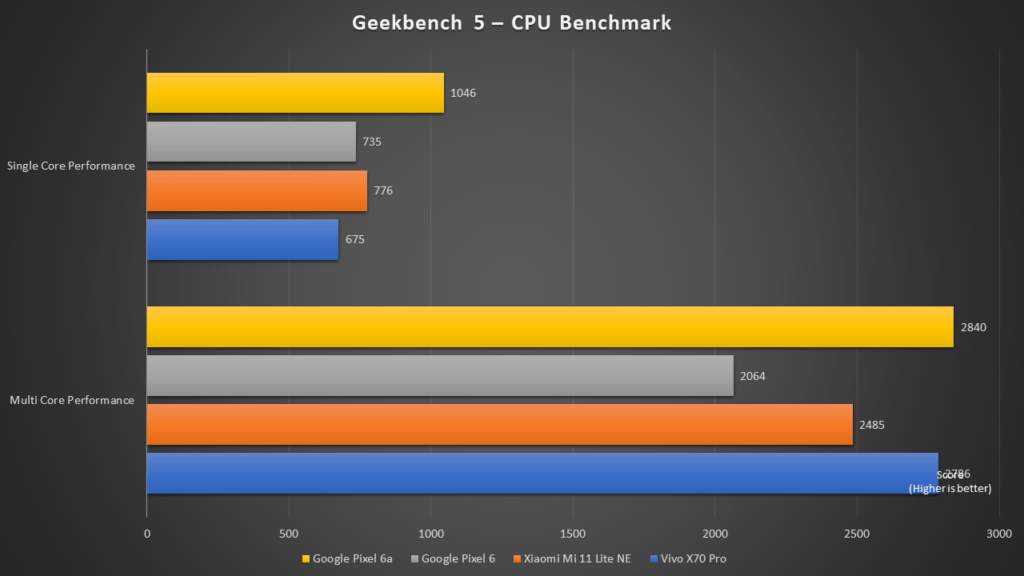 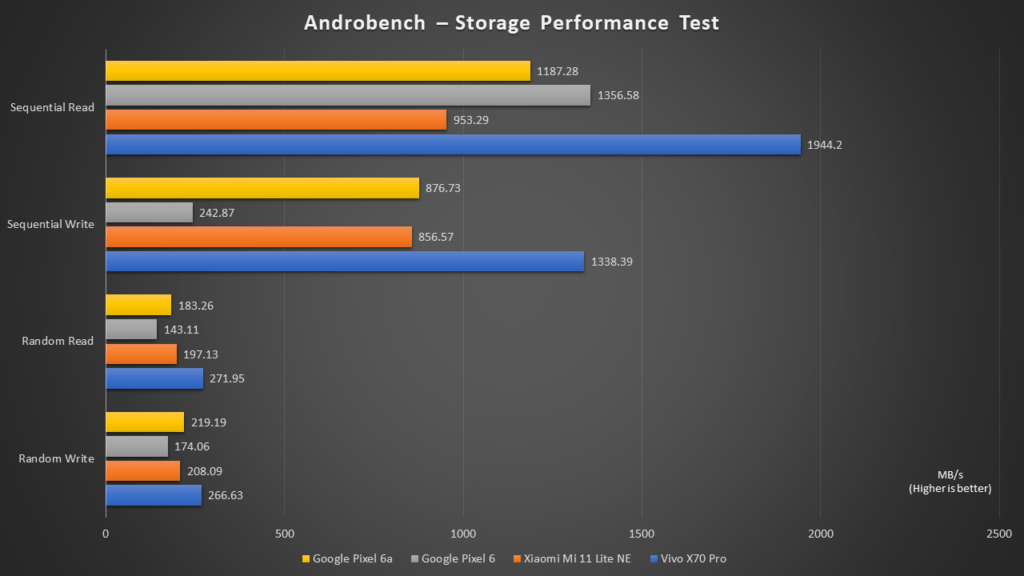 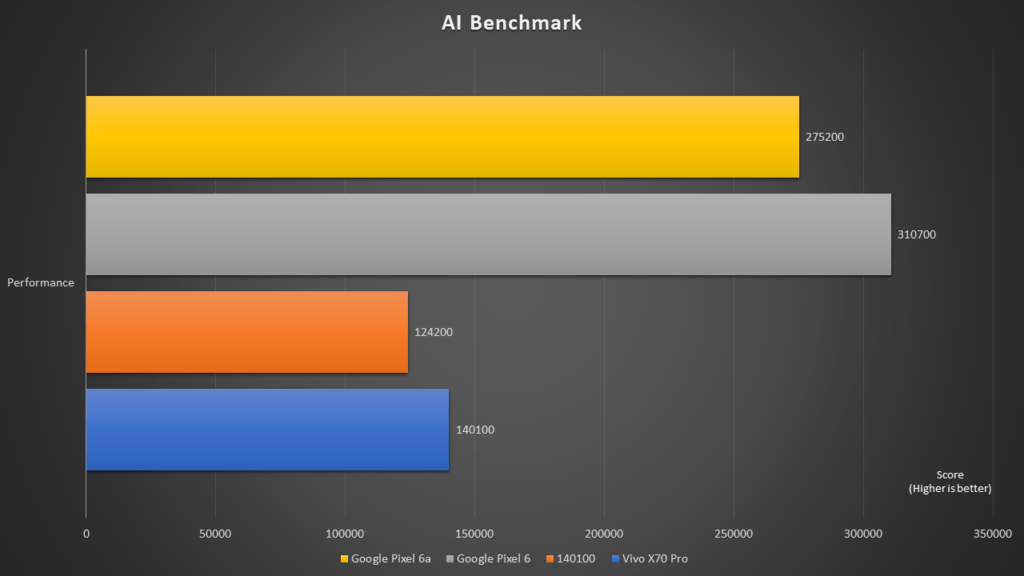 The Google Pixel 6a fairs decently in the performance tests, as it is quite on par with modern smartphones of today. While using the Google Pixel 6a, I did not face any forms of lags or non-responsiveness on the smartphone. Apps were running smoothly, and there weren’t any hiccups faced with this smartphone at all.

As for its battery life, we measured 14 hours and 58 mins on the PC Mark battery test on the Google Pixel 6a. You can be certain that this smartphone can last your for the whole (working) day without a need for a charge.

Most consumers would be attracted to the Google Pixel smartphones because of its minimal, sensible and practical design. For the Google Pixel 6a, it retains the goodness of the Pixel design, while making it more affordable than its bigger brothers. The Google Pixel 6a checks out almost all of what we look out for in a smartphone. It has got a decent OLED display, stereos speakers, good camera system, and flagship performance. While some may consider that the smaller screen size is one of the downside of the smartphone, I’d rather claim that 6.1-inch is just the right size – not too big, not too small.

Would I spend SGD749 on the Google Pixel 6a? I think I would. In fact, I’d possibly prefer it over both the Pixel 6 and Pixel 6 Pro, as I think the Pixel 6a is already an all-rounder that fits the needs of a typical smartphone user. Coupled with its handy size and long battery life, there really isn’t much we’ve got to complain about.