The firsts of the Zen 3 microarchitecture based AMD Ryzen CPUs were introduced in the market back in November 2020. It took the world by storm and quickly became one of the top selling CPU of its time. So why is AMD launching another product, the Ryzen 7 5800X3D, that is based on the same micro-architecture again now in April 2022?

Even though AMD Ryzen processors had become very popular in recent years, AMD knows that their success did not come easily, and that constant Research and Development is required to produce even faster and more efficient CPUs for the workloads of tomorrow. They know that they cannot be complacent, and have dedicated significant resources onto their development of new technologies and products. This time, AMD will be showcasing their latest 3D V-Cache technology that is designed right into the current series of Ryzen processor with the Ryzen 7 5800X3D.

What is 3D V-Cache all about? 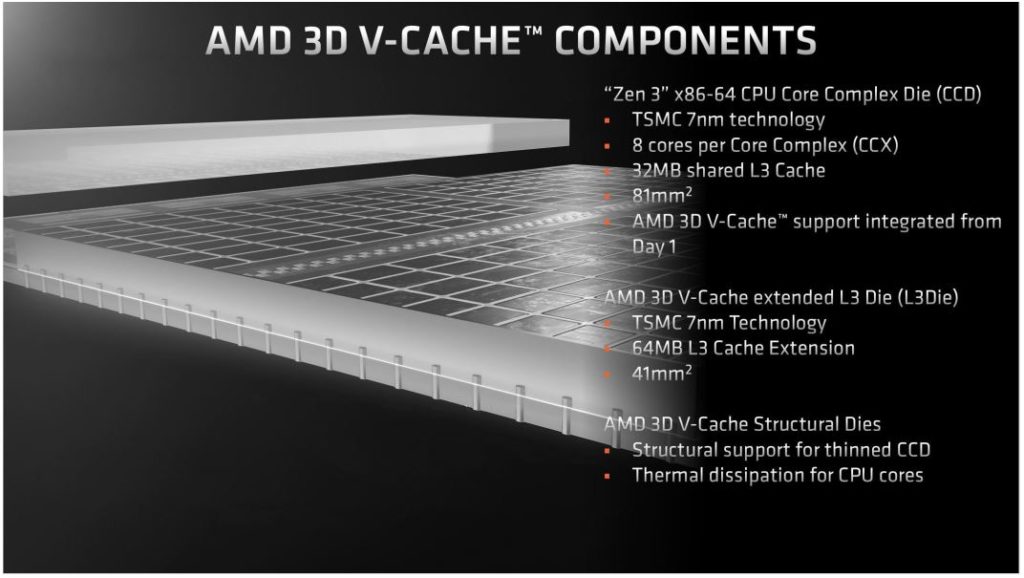 Traditionally, in CPU microarchitecture, the memory (L3 cache specifically in this case) is placed adjacent to the CPU core. Since L3 cache memory takes up a lot of physical space, and in order to keep the the whole die size within limits, it was difficult to introduce more L3 cache memory into the CPU. The 3D V-Cache packaging method is rather ingenuous, and works around this limitation by stacking L3 cache memory on top of one another. This changes and leads the way of how CPU microarchitecture can be designed, allowing even denser compute resources within a limited die size. 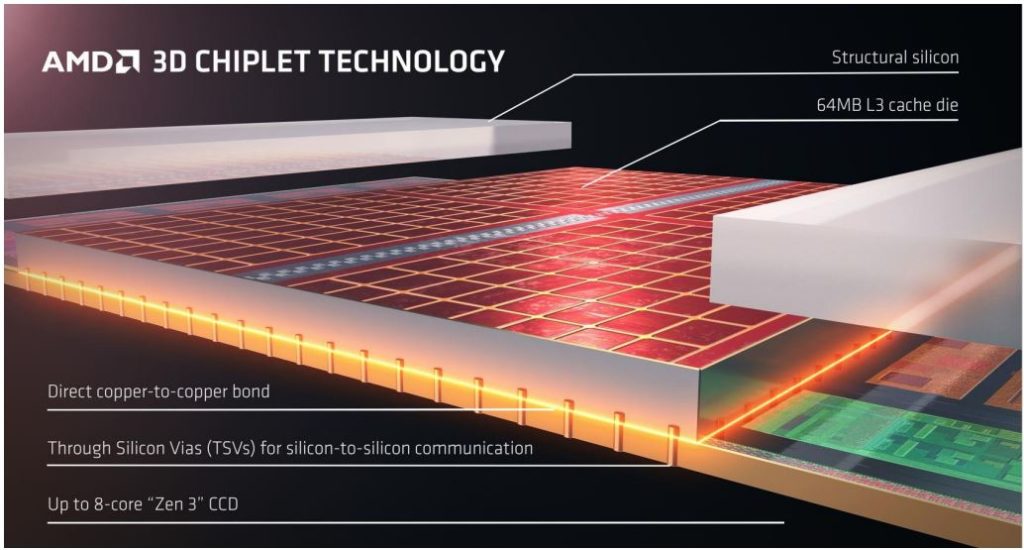 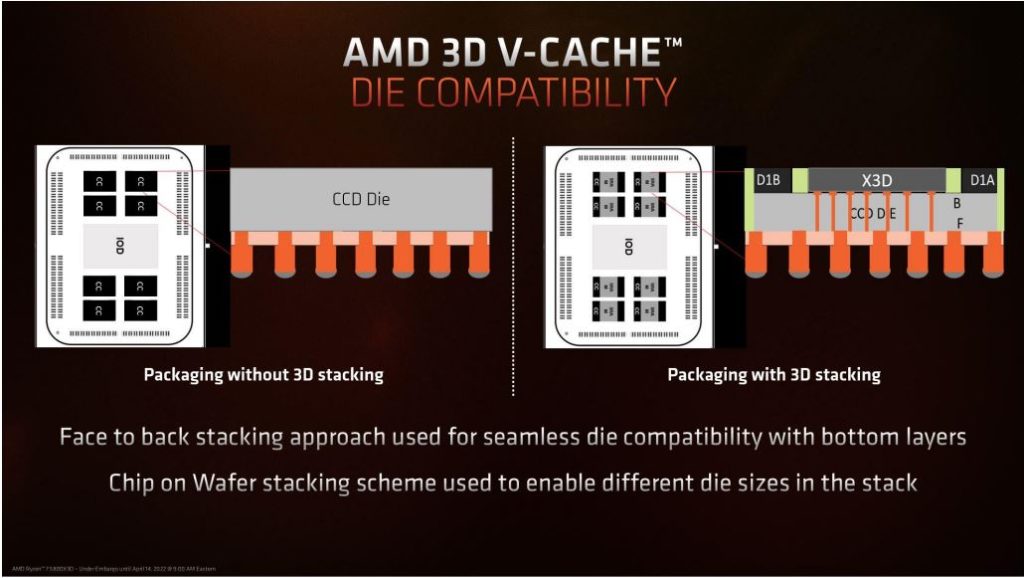 So what if you have more L3 Cache on a processor? How does it affect performance?

Specifically, with more L3 cache, memory intensive applications which require large refresh of data between the main system memory and L3 cache will see significant benefits. Such applications are mainly games which constantly need new data to determine what’s going to happen next. What a higher capacity of L3 cache essentially means is that that the CPU can now store more data for quick access in L3, rather than put compute resources on hold because there is a need to fetch data from the main memory. 3D V-Cache allows much faster random data access. With data readily available, so will your overall game performance and frame rates. 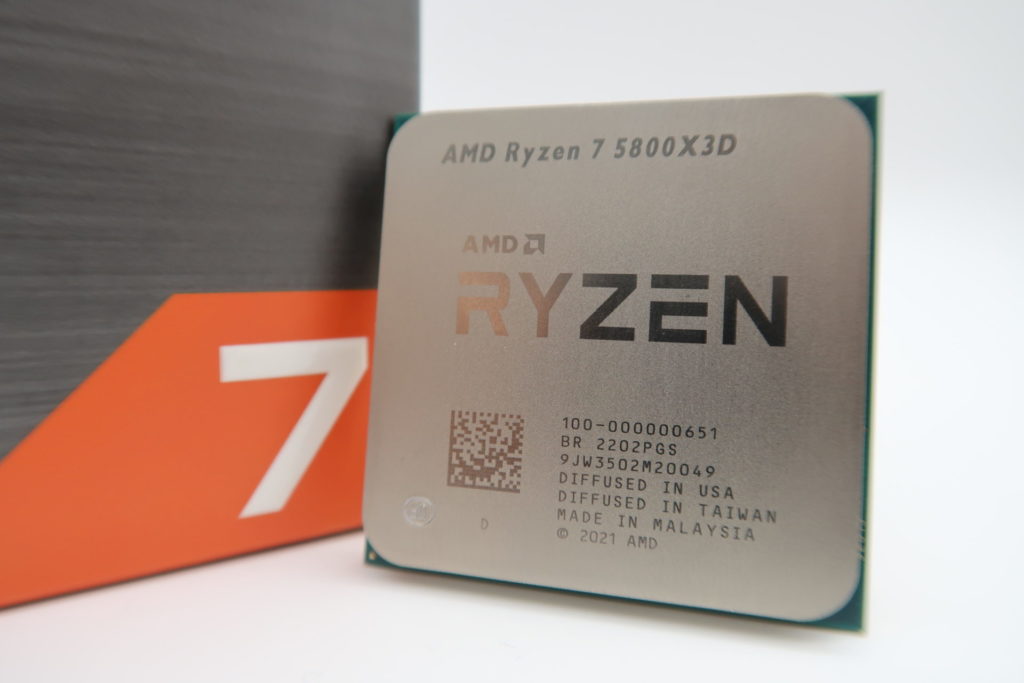 While most of the specifications of the AMD Ryzen 7 5800X3D remain the same as the Ryzen 7 5800X, we realised that in order to incorporate the additional 3D V-Cache, there was a need to reduce its Max Boost and Base Clock. Ultimately, this would slightly affect the compute performance of the Ryzen 7 5800X3D.

AMD has also explained to us that the Ryzen 7 5800X3D is a gaming targeted product. The CPU will work extremely well in games, but you should not expect any uplift in conventional content creation or productivity applications.

They mentioned that the reason to quickly bring the Ryzen 7 5800X3D to the market is to allow the PC community to get their hands on the new technology which significantly brings about a performance uplift in games. They were so confident that they even claimed that such a new design could bring an “an entire architectural generation worth of performance improvements”. 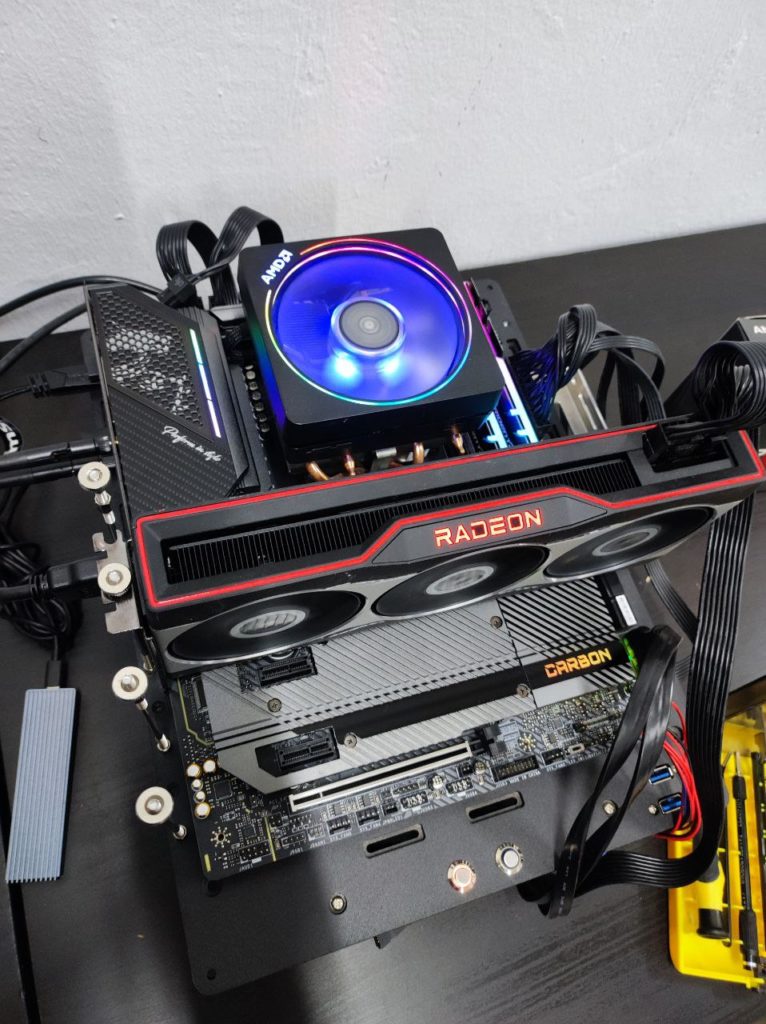 The settings of the tests and benchmarks were as follows: 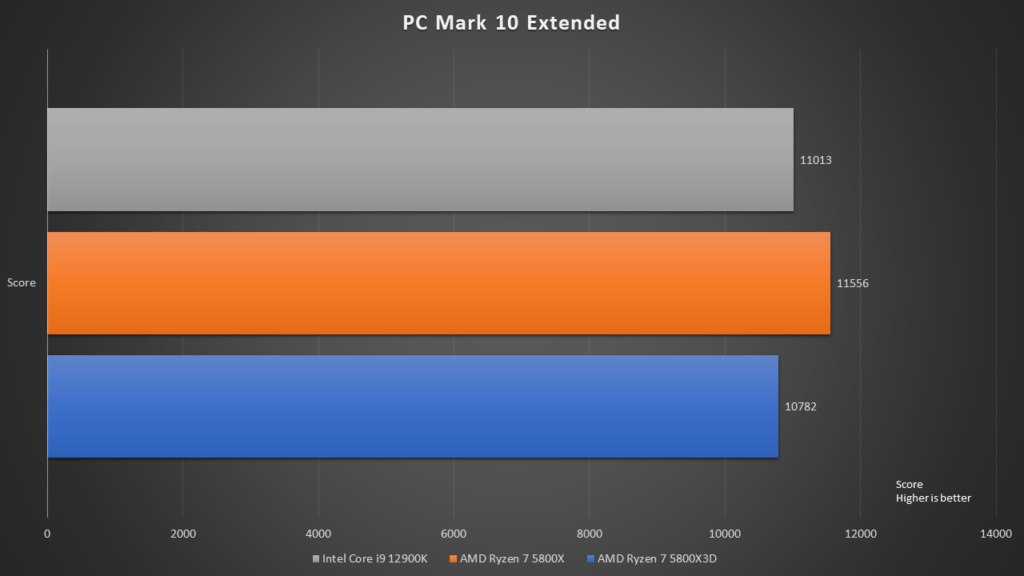 As the Ryzen 7 5800X3D had a lower clock speed than the Ryzen 5800X, it did not work as well on CPU heavy tests like PC Mark. However, if you were to zoom closely into the breakdown of score between the two CPUs, you would have realised that the Ryzen 5800X3D (left side of the table) had a higher Gaming score. 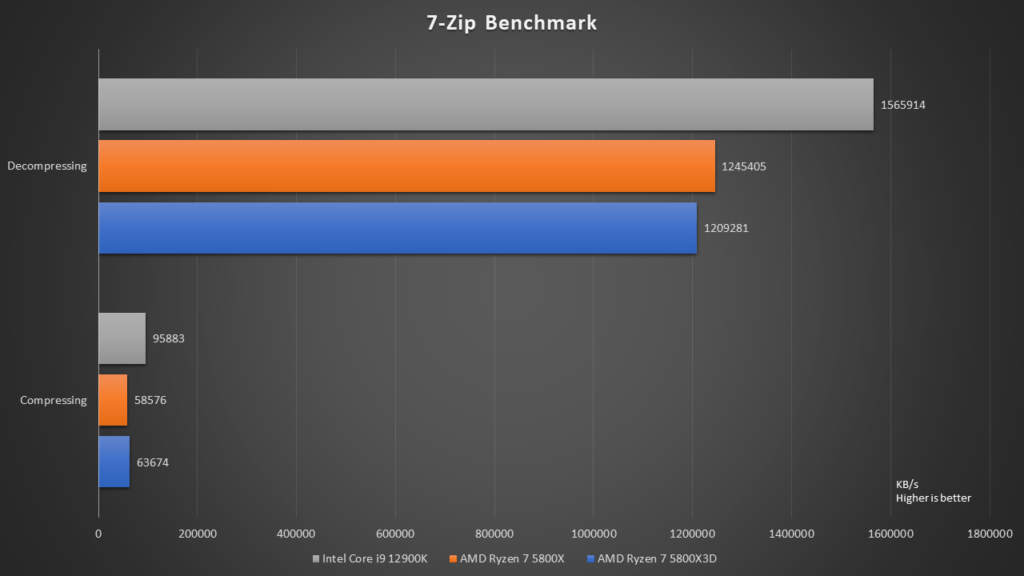 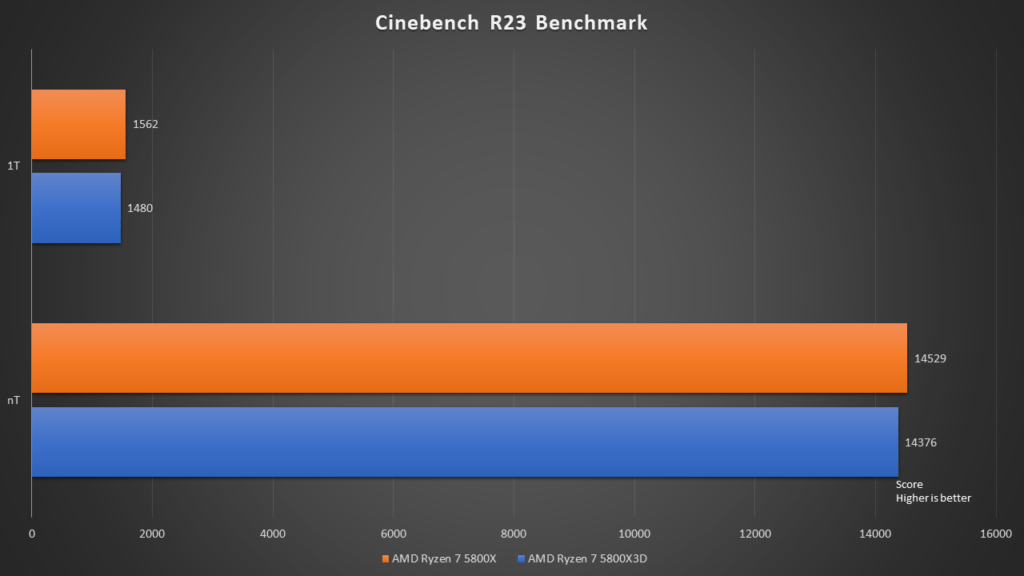 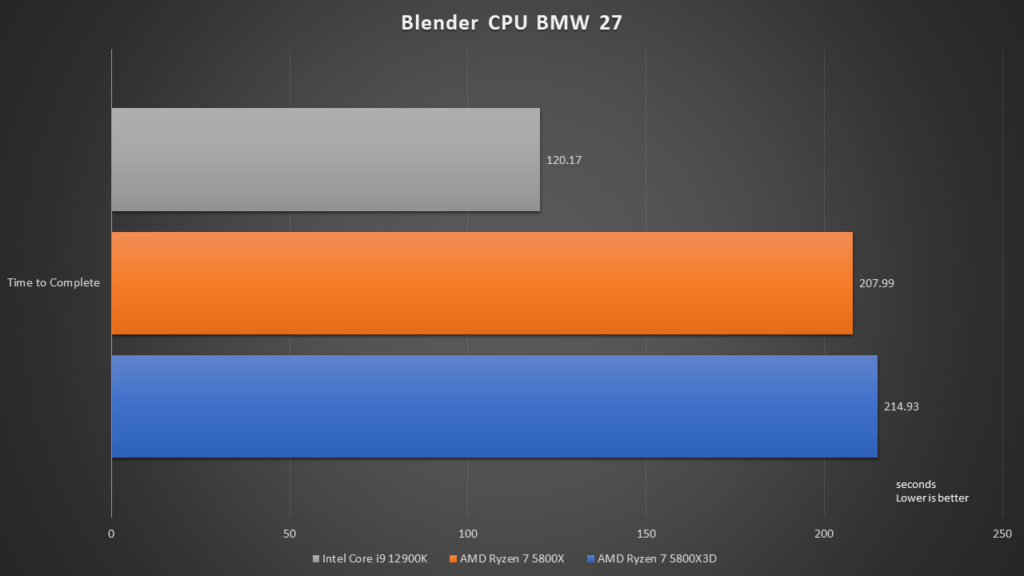 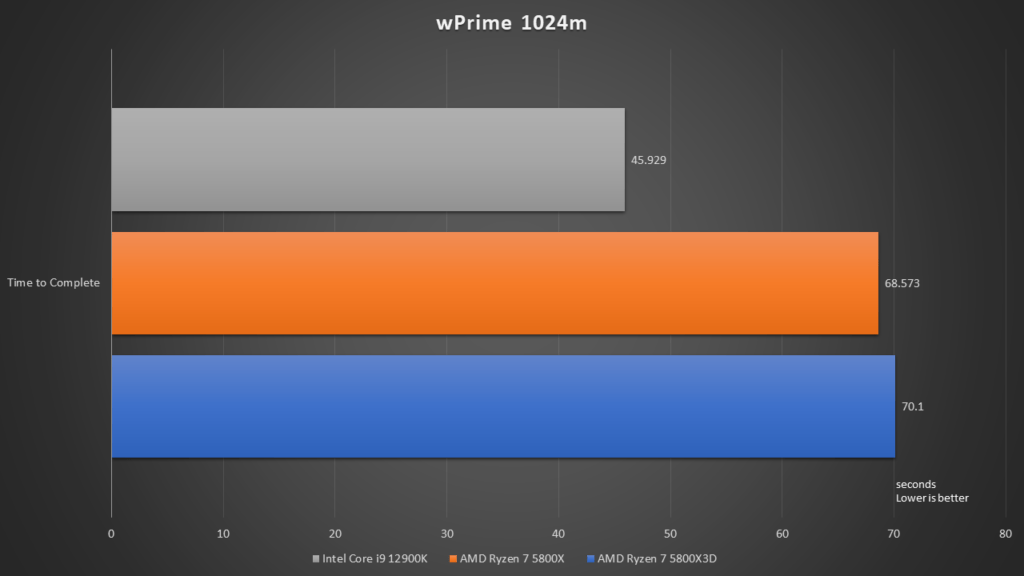 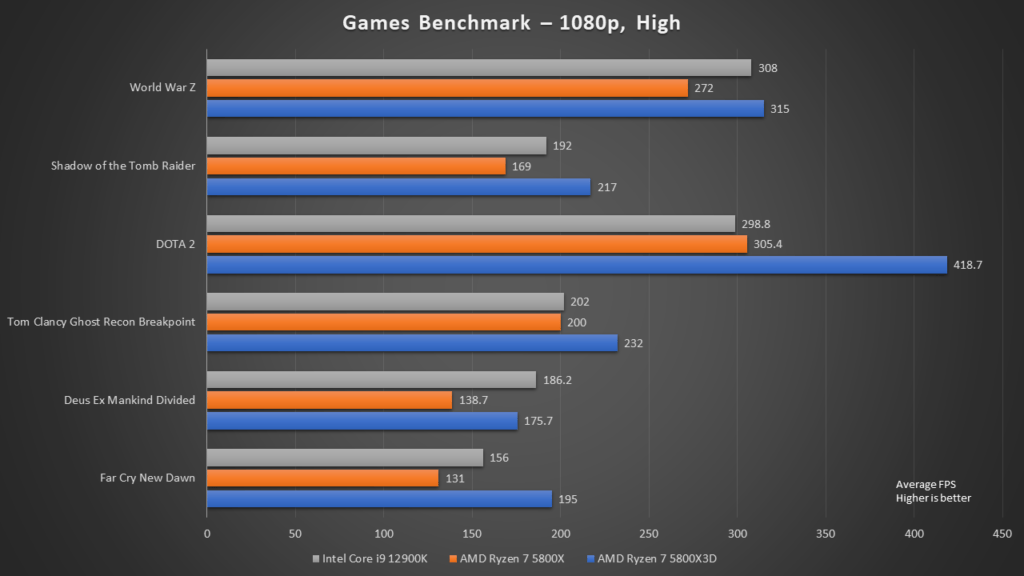 However, the tides have turned when it came to games. We couldn’t believe the numbers we were getting from the Ryzen 7 5800X3D, even though the systems in comparison had almost similar specifications. In most of the games, the Ryzen 7 5800X3D came up on top. This has really showed us the effectiveness adding L3 cache memory to CPU for gaming performance improvements.

Furthermore, it’s not just a few differences in FPS count. Games just generally performed so much better on the Ryzen 7 5800X3D. 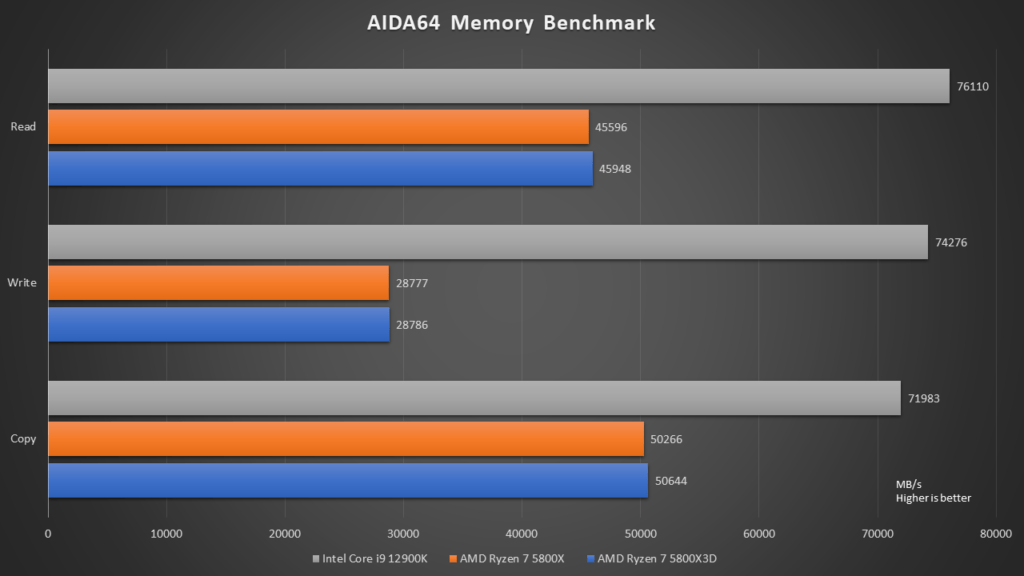 For the memory tests, there wasn’t too much difference between the two AMD processors. The Intel processor is faster in this area as it utilizes the newer generation DDR5 technology. 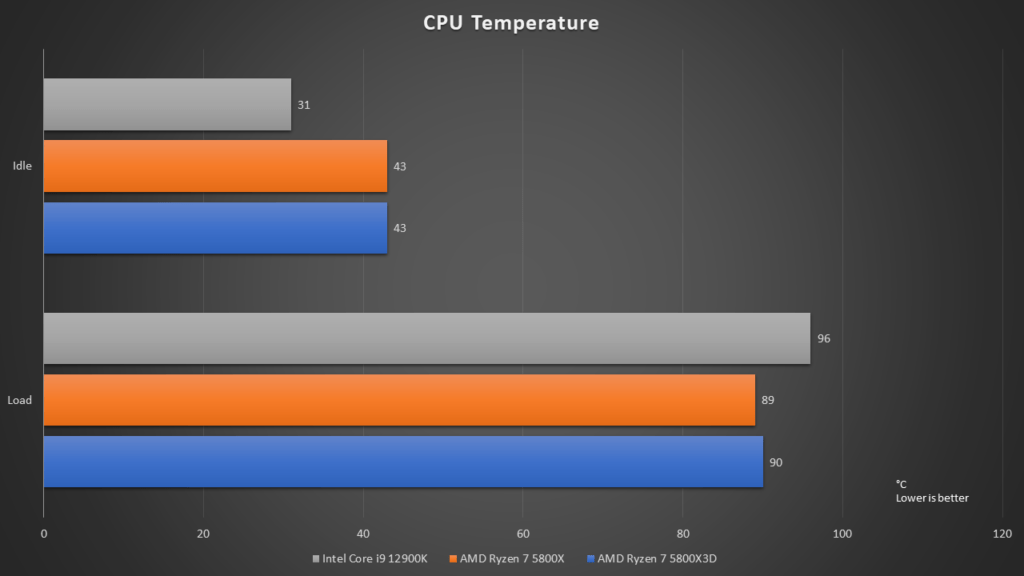 I think most people wouldn’t know that having more L3 Cache on the CPU could lead to such a difference in terms of gaming performance. Undoubtedly, the innovative design of the 3D V-Cache technology has proved its value, and there was indeed a very significant improvement in gaming performance based on what we’ve tested.

As a product, the AMD Ryzen 7 5800X3D has also showcased to us that you don’t need a top of the line processor to achieve the most of from your games. Comparing between the Intel Core i9 12900K, which comes no where near the Ryzen 7 5800X3D in terms of efficiency, the latter has showed us that it is equally, if not more, capable than the former.

Even though most people would think that the 12th Gen Intel Core processors are the top gaming CPUs in the market today, the AMD Ryzen 7 5800X3D is going to make that claim falter.

Marketed specifically as a gaming CPU, the AMD Ryzen 7 5800X3D has certainly showed us its worth in the market. Even though we do expect new processors based on new architecture out in the market later this year, the Ryzen 7 5800X3D can still serve those who just want something that’s currently available for their new gaming PC. With the added gaming performance that the 3D V-Cache brings, we are even more excited and looking forward to the next generation of processors from AMD.