Cooler Master has been actively designing new desktop cases and releasing new products every year. Last year, to cater to gamers and RGB fans, the MasterBox 540 was launched. As part of the MasterBox series, the MasterBox 540 aims to bring both value and features to desktop builders who are looking to build a lighting-oriented build.

The MasterBox 540 sets itself apart from competition by bringing the years of optimized design experiences from Cooler Master. With the focus on customization and RGB lighting effects, the MasterBox 540 is geared to be a popular mid-tower desktop case for consideration.

Let’s take a closer look at the various features of this case to understand the various design aspects of the MasterBox 540. 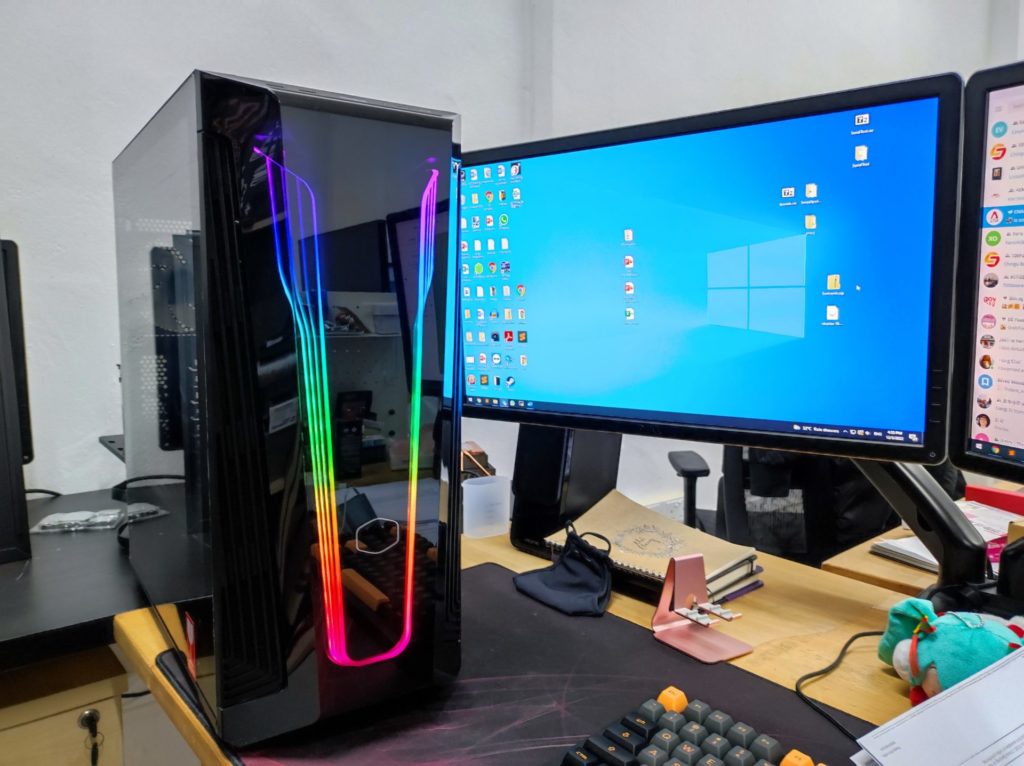 The MasterBox 540 Mid-Tower ATX Case comes in a rather simple design. What makes it stand out is its specially-designed RGB lighted front panel design. It gives anyone looking for a RGB Lighting theme PC build a great head start. You can even choose between multiple lighting effects or colour selection with the press of a button on the front panel. The video below shows all the various effects that can be selected.

From the front, the lighting effects may seem rather plain, but upon closer look, each lighted strip has actually got a certain depth to it, bringing a certain level of sophistication to the overall design of the case. 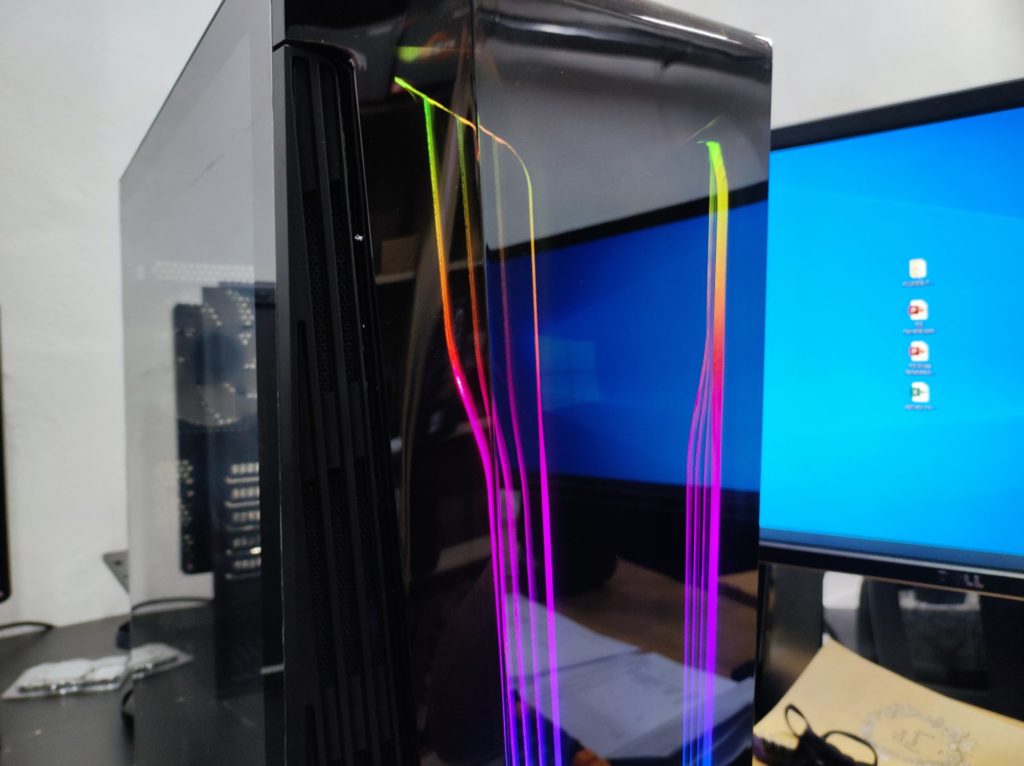 I’ve got to say that not everyone may be attracted to such a design style, but it certainly makes the MasterBox 540 unique.

Behind the front panel of the case is a large fan mount that can hold up to 3 x 120/140mm fans. If you worry that airflow could be a concern, there are actually breathable holes/vents at the front panel that can allows the air to flow into the case. 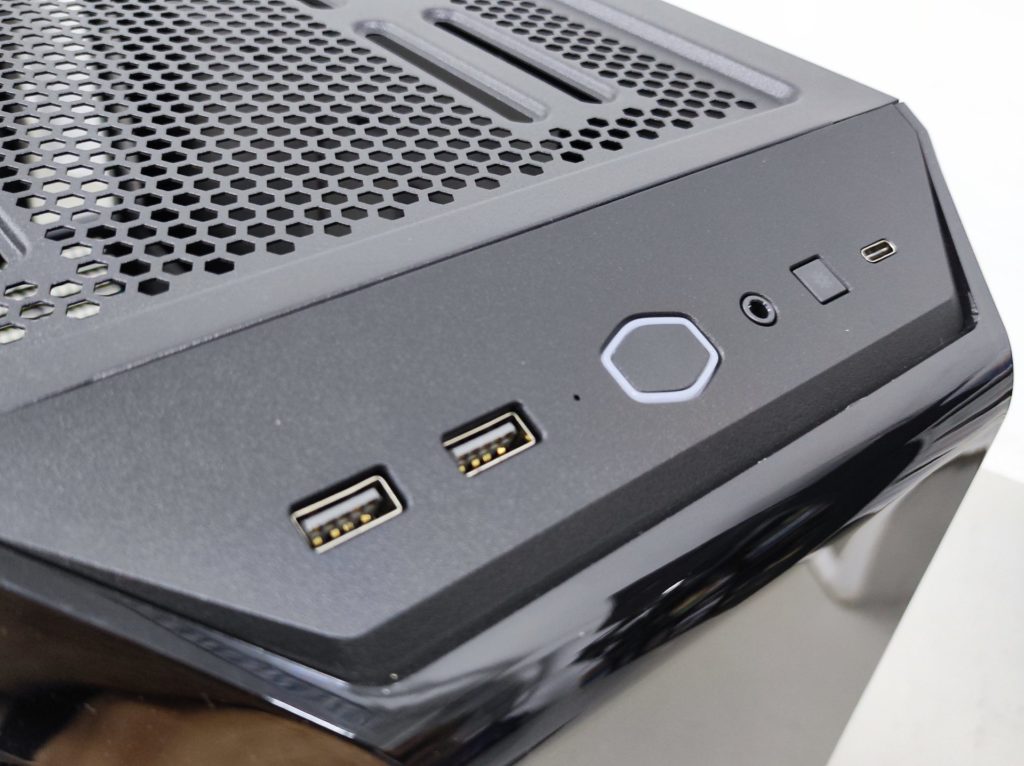 On the case, we can spot two USB 3.0 ports, the large Cooler Master logo which also is the power button, a 3.5mm audio combo jack, RGB effect button and even a USB Type-C port. 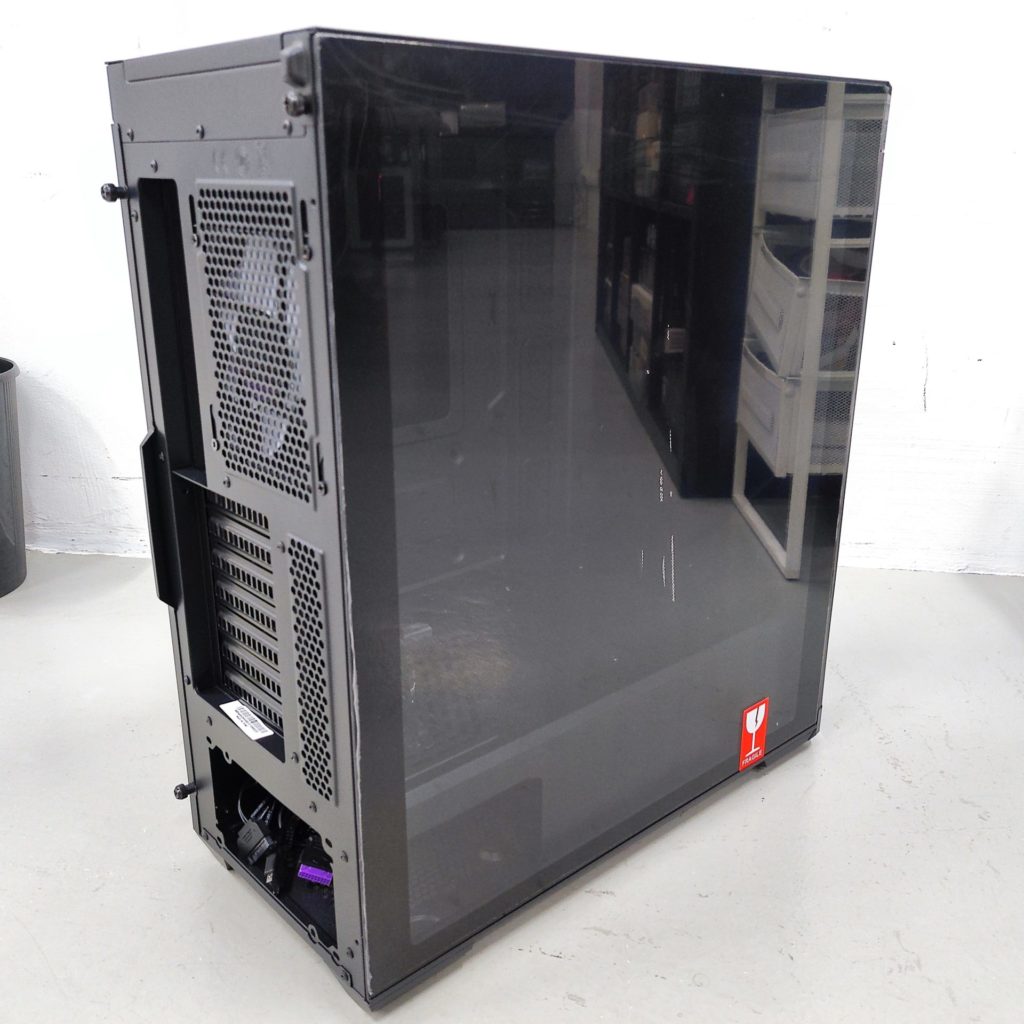 At the side, the MasterBox 540 utilizes a full tempered glass window that allows builders to fully show off their parts and system build. 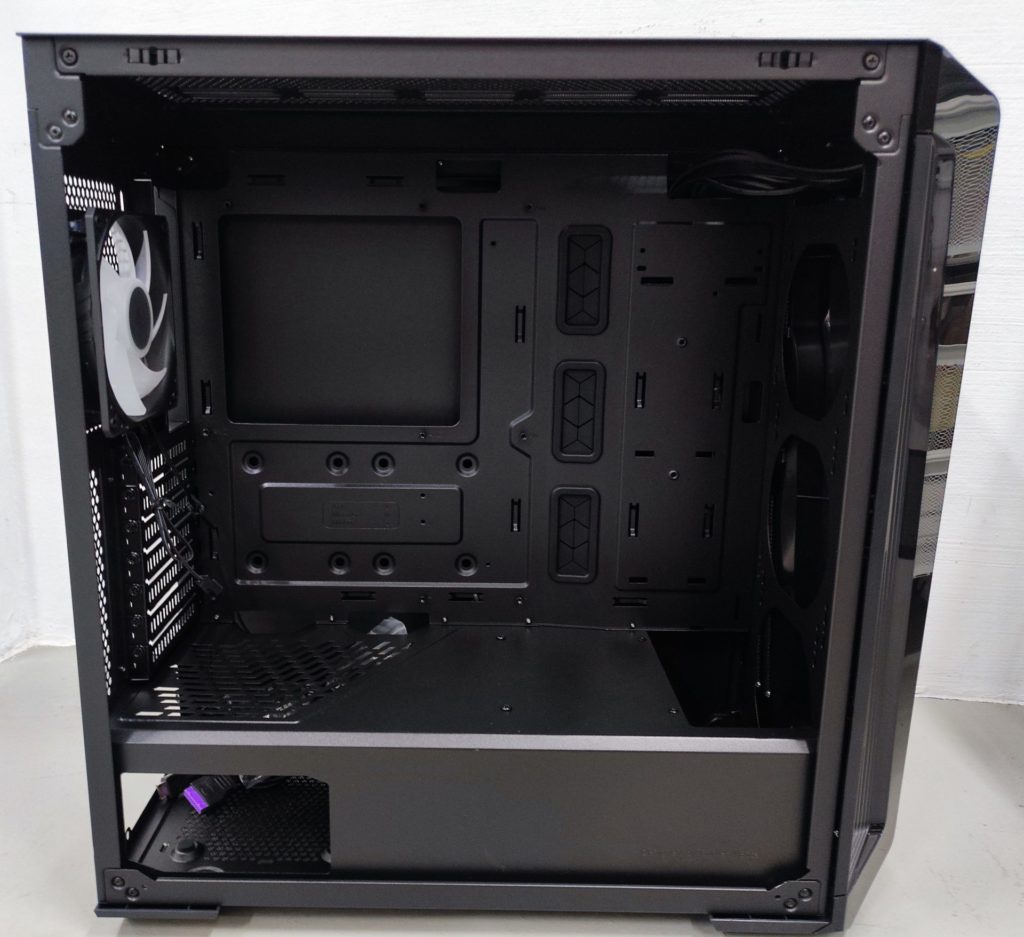 Even though the MasterBox is positioned to be an affordable lineup of products, Cooler Master has certainly not scrimped on its features. First off, we appreciated that there was a large hole in the motherboard tray which allowed the easy installation of CPU coolers. There were also many cable management features such as the rubber grommets on the right side of the case, which were once known to only be featured in premium cases.

The bottom area also separates the power supply from the main PC components area, effectively hiding all the cables that you don’t want to show. The power supply mounting area is also cleverly designed to allow airflow at all sides of the power supply.

On top of that, included in the case is an Cooler Master 120mm Sickleflow PWM ARGB fan. It’s one of the premium Addressable RGB fans from Cooler Master which can make your build even more beautiful with customized and synchronized RGB effects. 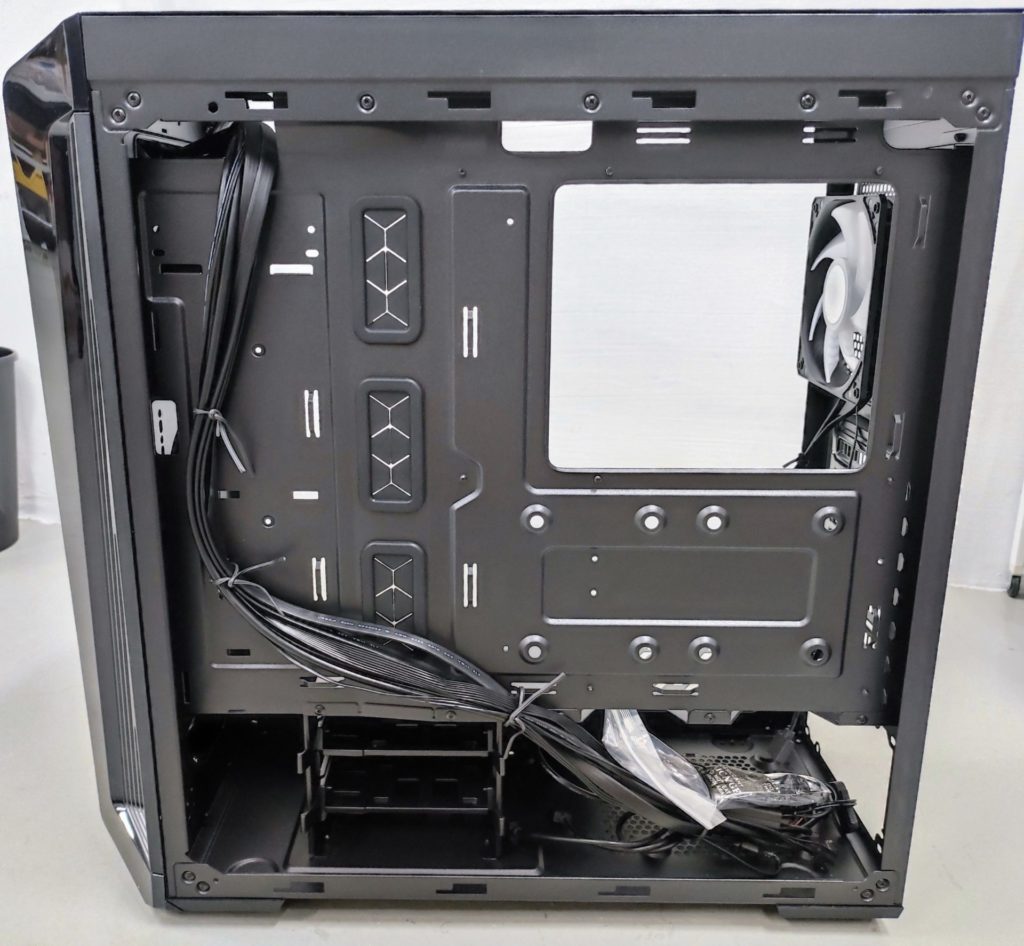 At the other side of the case, we can also see various cable management features, such as areas for cable ties to be tied on and certain depth to the motherboard tray which makes hiding cables easier.

The case also supports 4 x 2.5-inch drives. It also has a tool-less design for its hard drive caddy. It can fit up to two more 3.5-inch (or 2.5-inch) hard drives here. 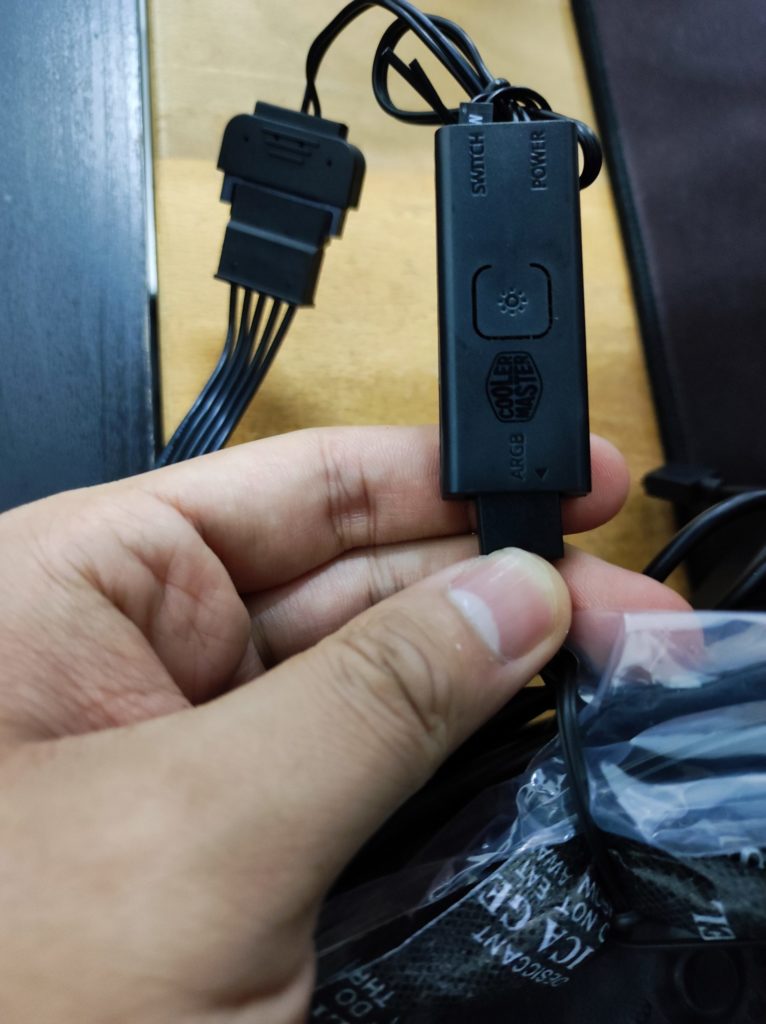 Hidden with the bunch of cables from the case is a unique RGB controller device. This ARGB controller is pre-loaded with unique lighting presets which was shown in the video above. The controller also comes pre-routed to the RESET/ARGB button in the front panel. Alternatively, you can also use software to control the various RGB lightings of the case.

The top side of the case is also designed to make effective airflow throughout the case. It is also suitable for a large 360mm radiator for the ultimate water cooler build. The top dust filter is also magnetically attached to the case, and can easily be removed for maintenance. 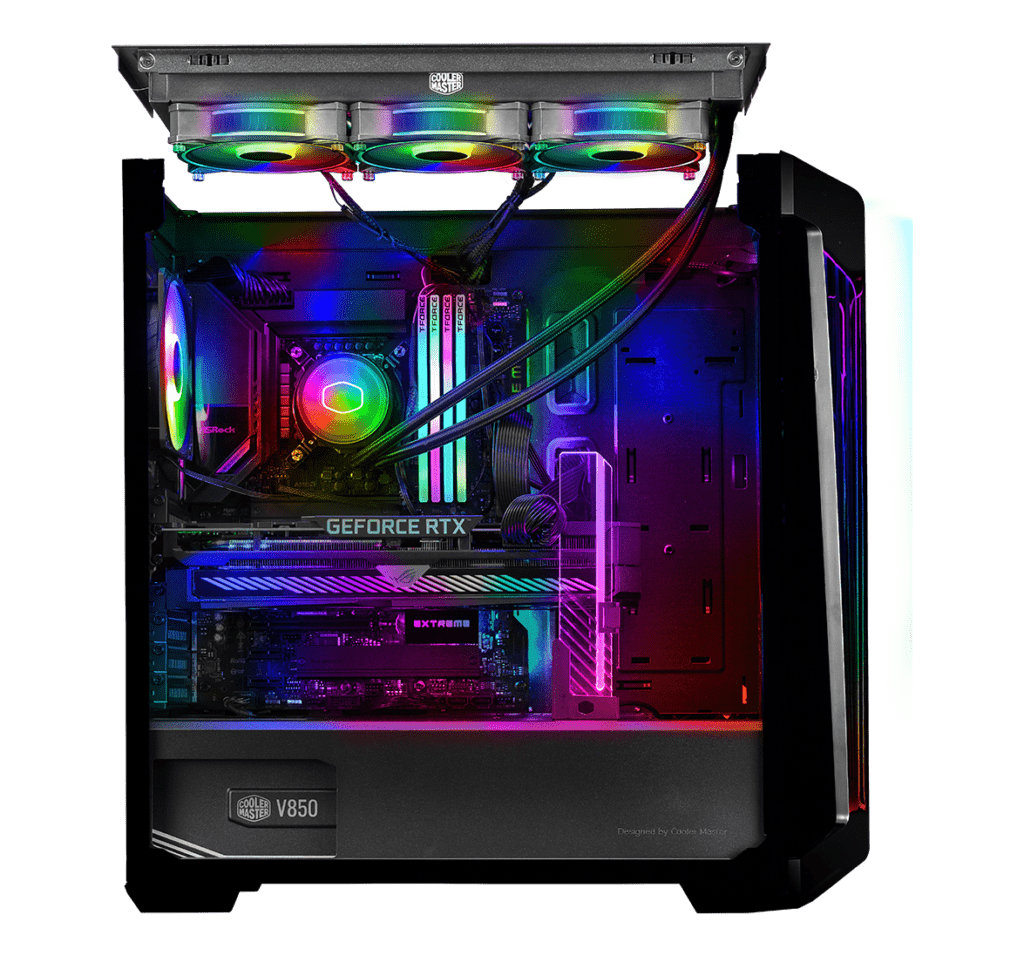 What’s most interesting about the MasterBox 540 is that its top panel can be entirely removed for ease of access to the components during assembly. This also facilitates the mounting of cooling solutions such as fans and radiators.

The MasterBox 540 by Cooler Master is a very comprehensive case that can meet all the basic needs of system builders today. With its specially-designed RGB lighting effects at the front panel, there is certainly a crowd that will appreciate and be interested with the MasterBox 540. With the added attention to details by the Cooler Master designers, enabling a tool-less design, great airflow and easy of installation, the MasterBox 540 sure stands out from competition.

If you are a planning to build a PC that is RGB lighting themed, the MasterBox 540 by Cooler Master is certainly a product to look out for.

The MasterBox 540 is currently available for $159 at major retailers and online stores.

Galaxy A53 5G and Galaxy A33 5G: Awesome Mobile Experiences Open to Everyone