GeForce Gamers Are Game Ready for GeForce RTX 3080 Ti, ‘No Man’s Sky’ Gets NVIDIA DLSS, ‘Escape from Trakov’ and ‘War Thunder’ Get Reflex, and more!

Home » GeForce Gamers Are Game Ready for GeForce RTX 3080 Ti, ‘No Man’s Sky’ Gets NVIDIA DLSS, ‘Escape from Trakov’ and ‘War Thunder’ Get Reflex, and more!

NVIDIA has released a new GeForce Game Ready driver for the GeForce RTX 3080 Ti, the company’s latest flagship GPU.  The driver offers a ton of enhancements and optimisations for a variety of games. DLSS comes to No Man’s Sky, Reflex heads to Escape From Tarkov and War Thunder, and there’s day-one support for Chivalry 2 and Sniper Ghost Warrior Contracts 2.

It is Time for Ti!

This new driver adds support for the new GeForce RTX 3080 Ti which is out now. Powered by the NVIDIA Ampere architecture, the GeForce RTX 3080 Ti delivers an incredible leap in performance and fidelity with acclaimed features such as ray tracing, NVIDIA DLSS performance-boosting AI, NVIDIA Reflex latency-reduction, NVIDIA Broadcast streaming features and additional memory that allows it to speed through the most popular creator applications as well. It is the new flagship gaming GPU of the RTX lineup.

No Man’s Sky Gets NVIDIA DLSS 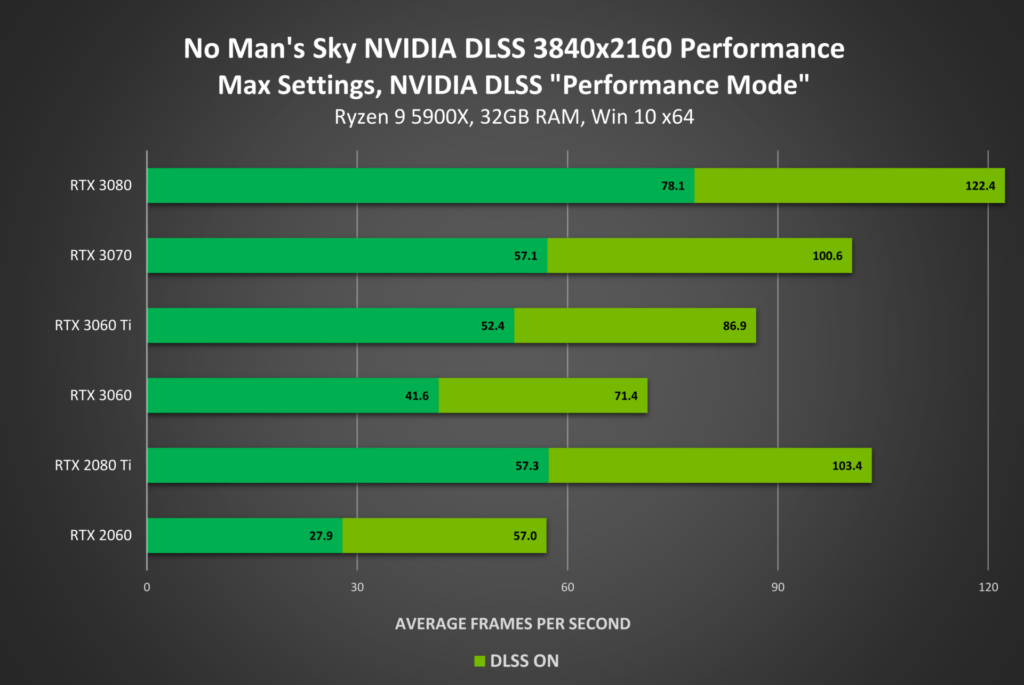 Another important aspect of NVIDIA Game Ready drivers is that they are often used as a delivery mechanism to add new features for GeForce users. This Game Ready driver also supports NVIDIA DLSS in No Man’s Sky.

Hello Games’ popular game received a NVIDIA DLSS update, bringing the performance-accelerating technology to both desktop and virtual reality users. This update boosts performance in desktop mode by up to 70% at 4K, substantially improving the smoothness and responsiveness of gameplay, giving GeForce RTX gamers a better overall experience. In VR, DLSS doubles performance at the Ultra graphics preset, maintaining 90 FPS on an Oculus Quest 2 with a GeForce RTX 3080.

Escape From Tarkov and War Thunder Get NVIDIA Reflex

Available on or before launch day, NVIDIA Game Ready Drivers provide the best experience for GeForce gamers because NVIDIA engineers work up until the last possible minute to optimise performance and perfect gameplay.  And as an additional verification of quality, every Game Ready Driver is WHQL-certified by Microsoft.