Adding on to the AORUS lineup of gaming peripherals, GIGABYTE has recently introduced their latest range of mechanical gaming keyboard – the AORUS K1. The launch of the AORUS K1 is welcomed, but in a saturated market with many players, we need to understand how the AORUS K1 fits. In this article, we will take a closer look at the AORUS K1 Mechanical Gaming Keyboard and see how it tries to stand out from the competition. 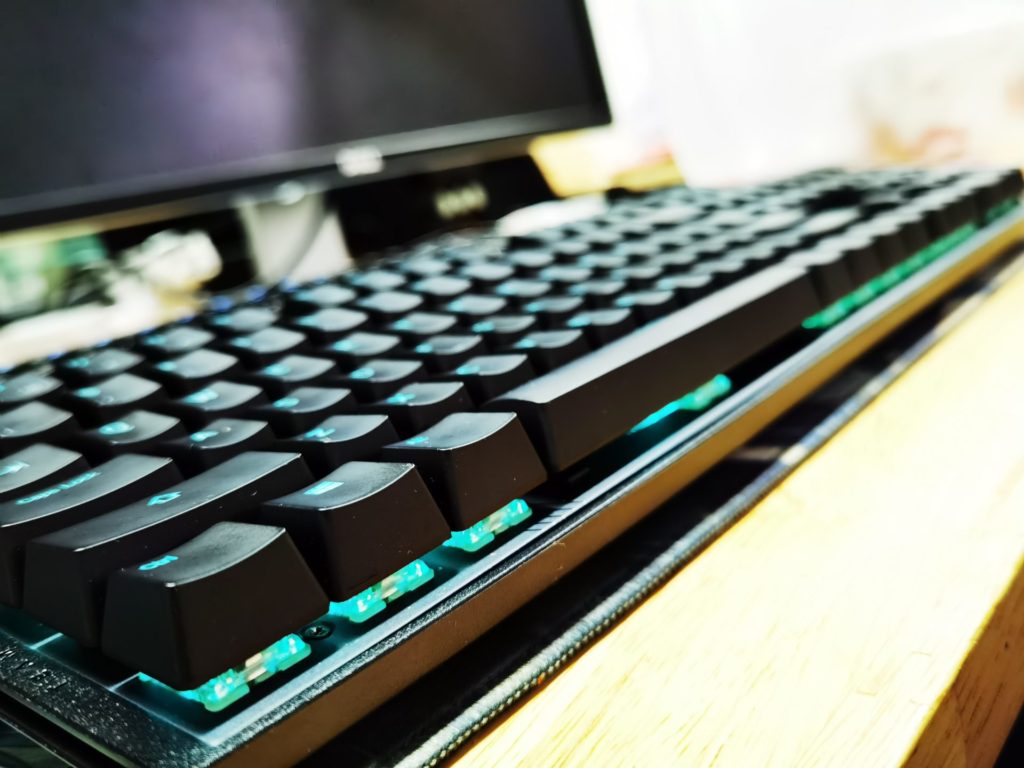 Keyboards are not new to GIGABYTE and AORUS brand. In fact, they have a full range of keyboards that caters to different user requirements and budget. The AORUS K1 Mechanical Gaming Keyboard is a product that is targeted at gamers seeking affirmed quality and experience. This is because, the AORUS K1 is using the original Cherry MX Gaming Key-Switches. Specifically, the Cherry RED keys are found on this keyboard. 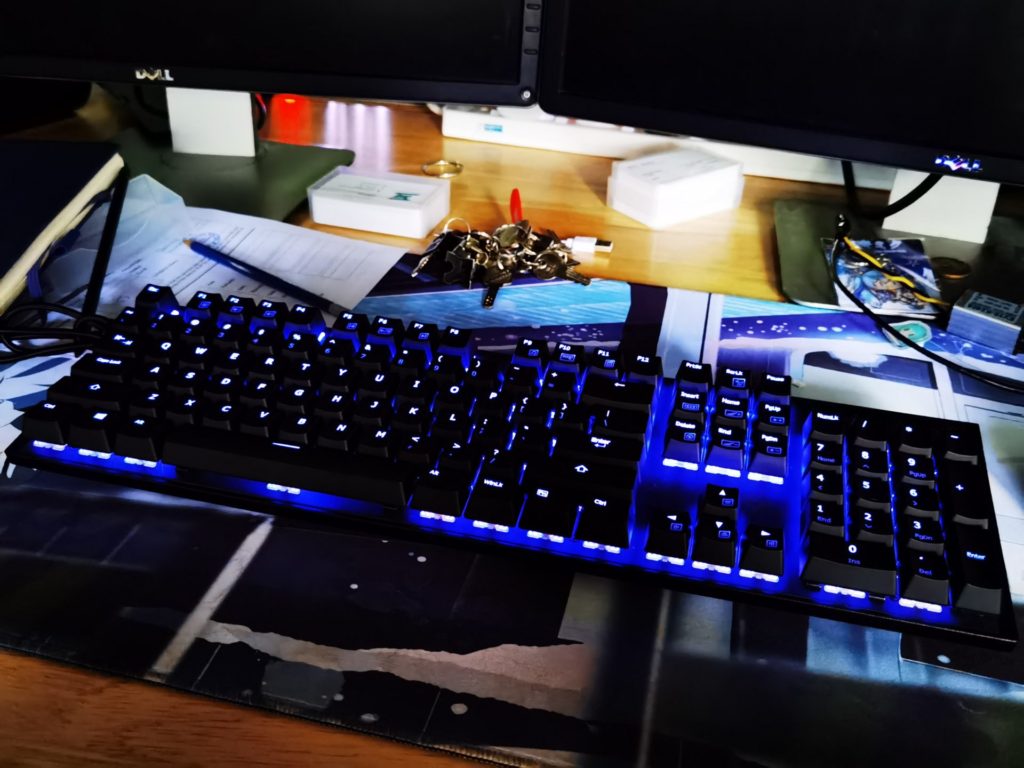 In terms of design, we quite liked the fact that the AORUS K1 kept things clean and simple. Instead of having overbearing design elements, the AORUS K1 followed a traditional and standard keyboard layout. This ensures that users are able to get used to this keyboard in no time at all. All the keys on the keyboard are in their expected place and size. Honestly speaking, instead of saying this design to be boring, I would rather put it as “modern classical”.

Looking more into the physical aspects of this keyboard, we also come to notice that the AORUS K1 comes attached with a 2m cable. It would be much preferred if AORUS designed a removable cable for this keyboard instead. This would give users the choice to change their cable length and make their desktop even cleaner. The AORUS K1 also comes with feets at the bottom of the keyboard which can position the keyboard at a tilted angle for better ergonomics. It works, but it would be even better if they would have used a dual-height design such as those found on the HyperX Alloy Origins Keyboard to adapt to different keyboard placements. 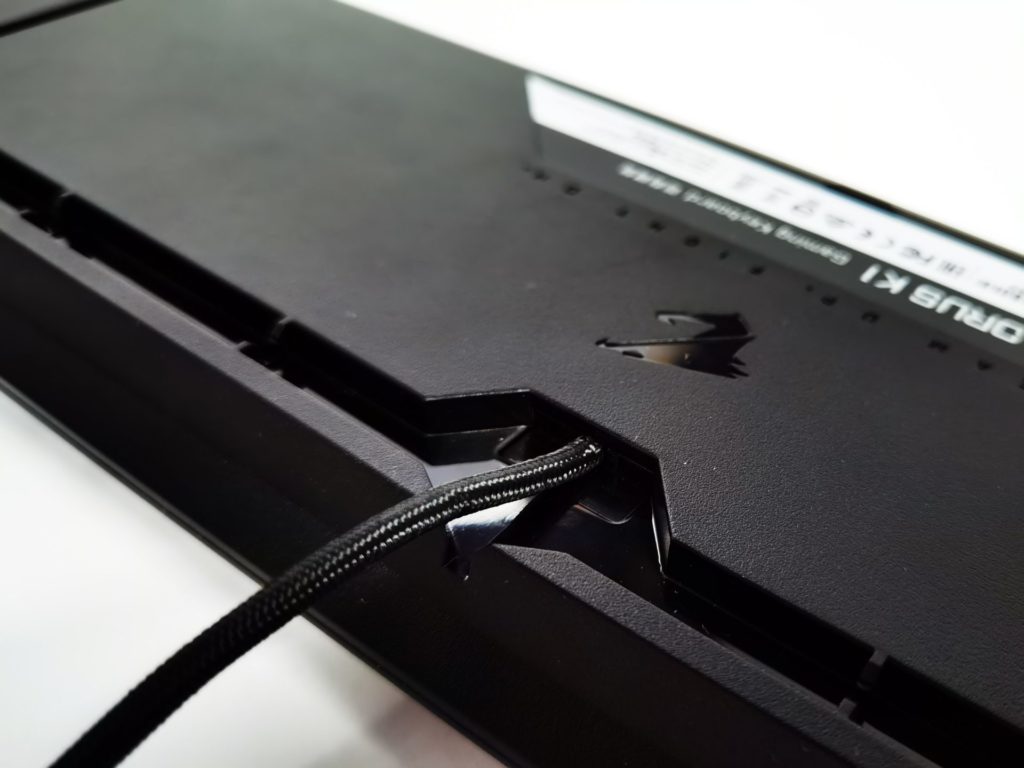 The AORUS K1 also supports N-Key Rollover of up to 64 simultaneous key presses. They call this their Anti-Ghosting Matrix key-switch design, which is essentially their customized circuitry to ensure that electrical signals created by a keypress will not accidentally cause another key to be registered. In fact, I’d rather call all these features pure marketing talk, as it’s just something which is expected in today’s keyboard products. 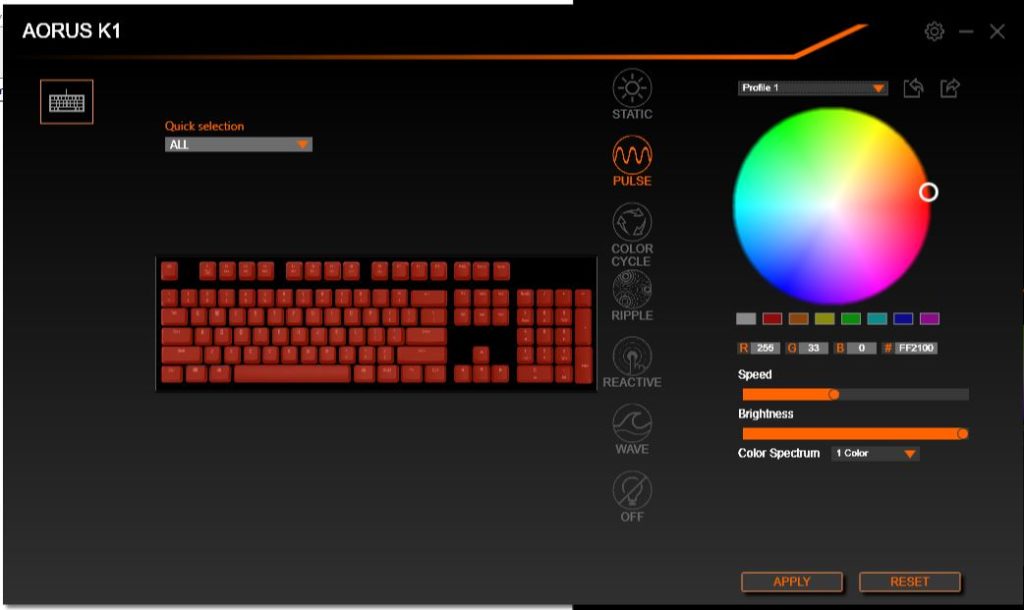 If you have used any AORUS and GIGABYTE products that features RGB lighting, you should be aware of RGB Fusion 2.0. RGB Fusion 2.0 is used to customize and synchronize RGB lighting across all of GIGABYTE/AORUS products. Some other products in the PC DIY ecosystem can also be supported as well. Of course, the AORUS K1 Gaming Mechanical Keyboard also supports this software.

With RGB Fusion 2.0, you will be able get into a deeper level of customization with your AORUS K1, on top of the controls made available with the hotkeys. With RGB Fusion 2.0 can assign colours to individual keys and have more effects that can be applied across all supported products.

No time was wasted in getting used to the AORUS K1 Gaming Mechanical Keyboard as the keyboard layout has conformed to the standard keyboard size. It was extremely simple to get everything up and running, and the keyboard just works out of the box.

As mentioned, the AORUS K1 Gaming Mechanical Keyboard looks rather conventional like any other RGB mechanical keyboard in the market. By using Cherry MX Red switches, which is known to be one of the fastest gaming keyswitch in the market, the keyboard was able to respond quickly to immediate commands without any lag time between user and the PC. This makes the AORUS K1 Gaming Mechanical Keyboard great for fast-paced games with high actions per minute (APM).

While the Cherry MX Red switches are great, we found that the built quality of the AORUS K1 could be improved. For example, longer keys on the keyboard appear to sound very imbalanced and “twangy”. This issue affects the spacebar significantly, while other larger keys such as the Enter, Shift and Tab are less apparent. The small number and letter keys don’t face this issue. 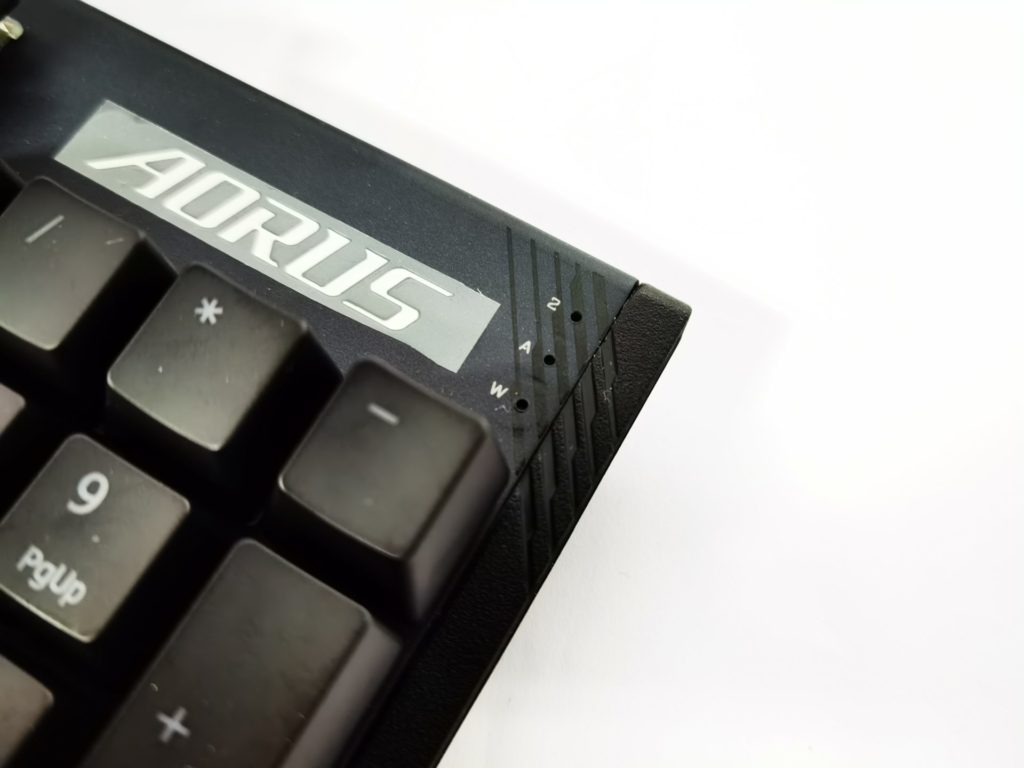 The AORUS K1 Gaming Mechanical Keyboard just works, but it fails to stand out from competing products. There isn’t anything special about this keyboard that makes this keyboard compelling, neither does it feature interesting that’s worth to talk about. In fact, I would guess that GIGABYTE could have just included this product in their lineup so that they could have a more comprehensive product range, without any much concern about competition. Perhaps, the AORUS K1 Gaming Mechanical Keyboard is only specifically targeted for the AORUS fan base whom would buy anything with an AORUS logo on it.

In summary, the AORUS K1 Gaming Mechanical Keyboard works well and performs up to expectations. However, it’s just simply too boring in terms of both its design and features. Moreover, as mentioned earlier, the engineering team has to also fix some quality issues with the keyboard, especially when customers are going to pay a rather premium price for the product.