Last week, NVIDIA released their new GTX 1660 SUPER and GTX 1650 SUPER GeForce graphics card. These cards are meant as a refresh to the GTX 1660 and GTX 1650 respectively, and are expected to bring even more value and performance to gamers. Even though AMD targeted the same segment with their new Radeon RX5500 graphics card, they have only made it available through PC manufacturers. It seems that the launch of the new GTX 1660 SUPER will help NVIDIA to strengthen their lead in this segment.

The NVIDIA GeForce GTX 1660 SUPER is very similar to its predecessor, the GTX 1660. The main differences come in its memory configuration, where the former has been upgraded with a faster GDDR6 technology. This is expected to increase the performance of the GTX 1660 SUPER by about 10%. 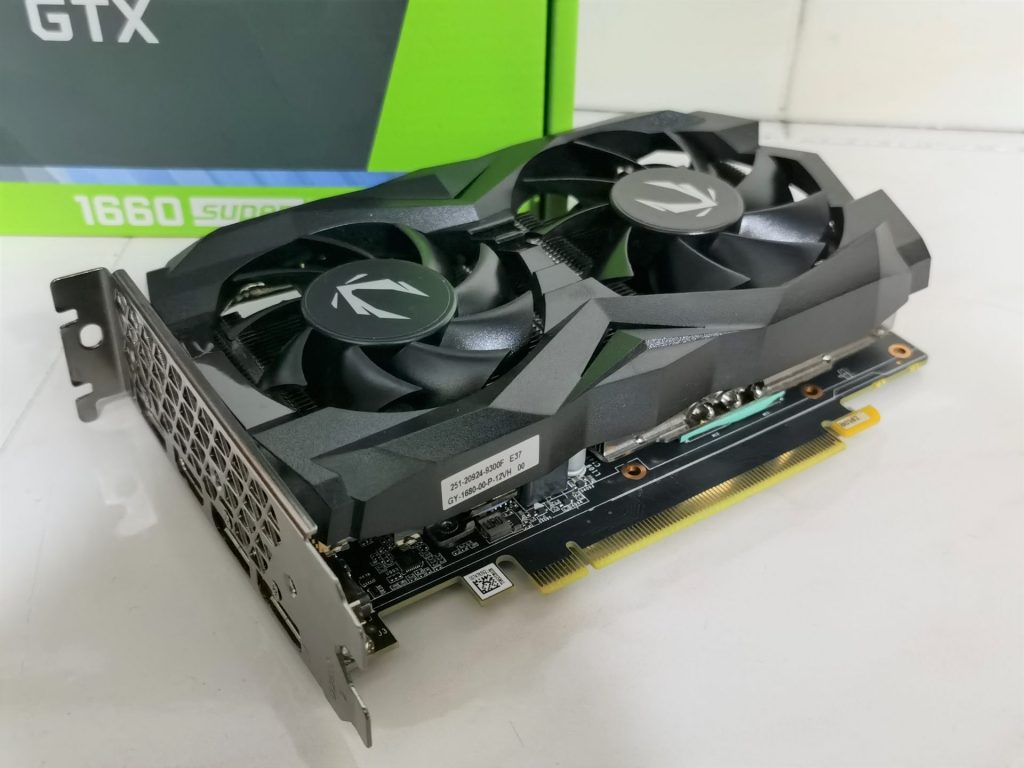 Both the GTX 1660 SUPER and GTX 1660 uses the same graphics chip. Indeed, the difference is solely on the upgrade to the faster GDDR6 memory configuration. In fact, there isn’t even any change in GPU core clock speed and the difference in performance should largely be due to the upgrade in memory. Of course, it will also be interesting to see how much graphics memory can affect the performance of graphics cards.

With the implementation of GDDR6 memory, we can also see that the GTX 1660 SUPER is rated to be 5W higher than the GTX 1660 in TDP.

The ZOTAC GAMING GeForce GTX 1660 SUPER Twin Fan is powered by a single 8-pin connector. As for its display output ports, it has 3 x Display Ports and 1 x HDMI port.

The ZOTAC GAMING GeForce GTX 1660 SUPER Twin Fan comes in a rather compact size. It should be able to fit in most computer cases, and will be a card to look out for especially for those who are looking to build a small form factor PC. 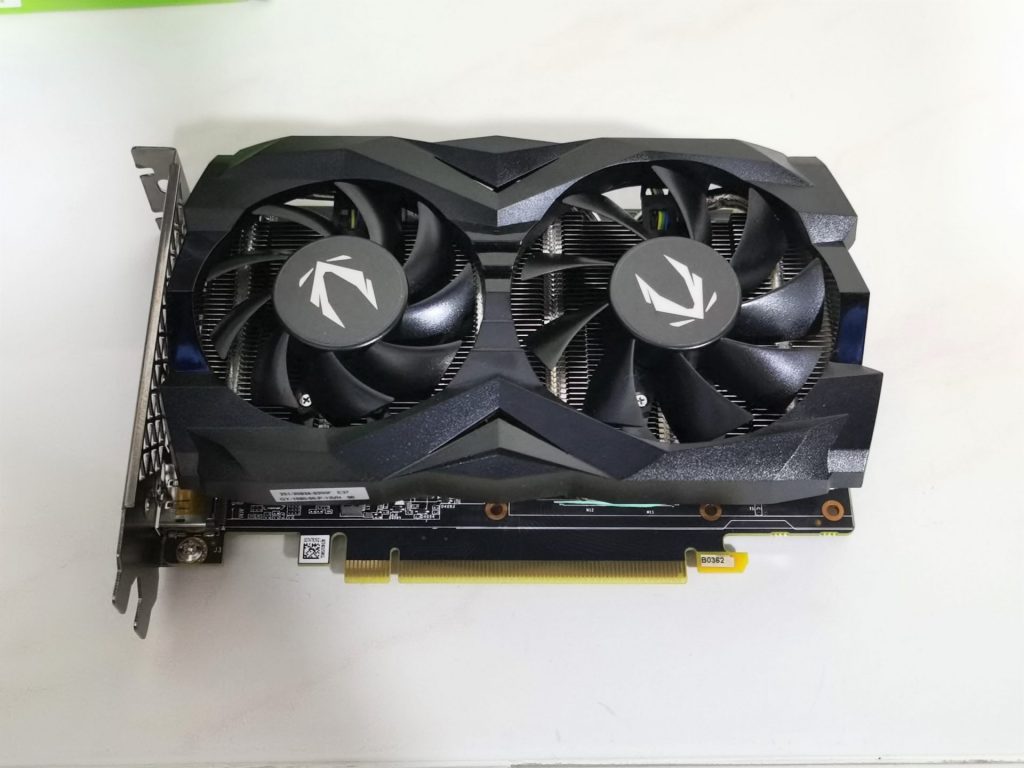 As the name suggest, this graphics card still managed to contain two fans to keep it adequately cool. Taking a closer look at the card, we realize that the GPU core, memory chips and MOSFETs come in direct contact with the heat sink. This means that the excess heat generated from these key components will all be taken care of. The heatsink is also beefed up with three heat pipes, which will help to dissipate the heat away the GPU core effectively.

ZOTAC decided to keep it simple with GeForce GTX 1660 SUPER Twin Fan. There isn’t any sort of fancy RGB lighting or designs that are out of the way. They managed to keep it how we would like it, simple and functional.

In our tests, we aim to find out the performance difference between the new GTX 1660 SUPER as compared to the 8-month-old GTX 1660. As the GTX 1660 SUPER is expected to retail slightly more expensive than the GTX 1660, it would be a good gauge to determine which graphics card brings more value to consumers. In terms of technology, we can also see how much performance gain is achievable by simply upgrading video memory technology. 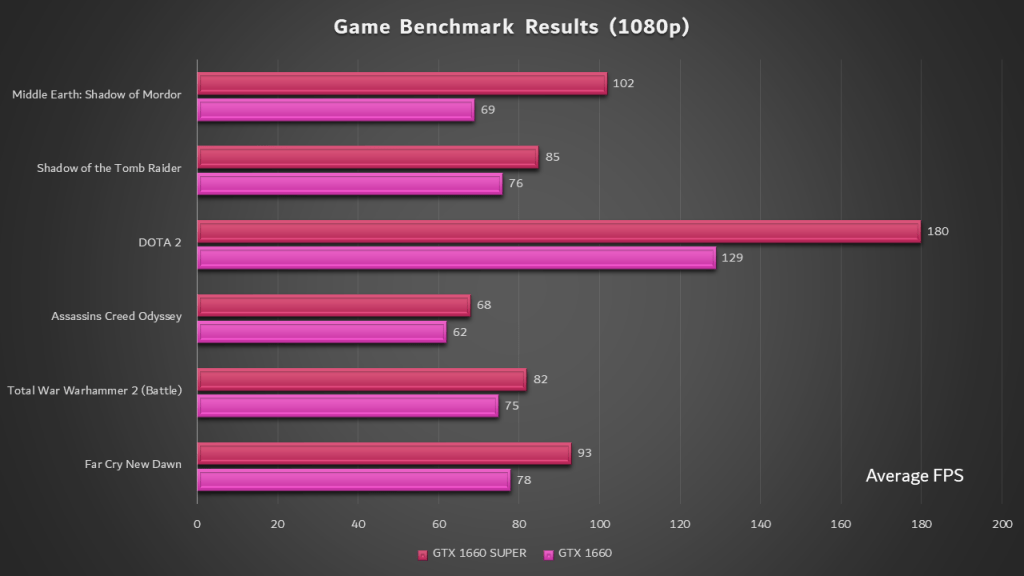 The results have shown that the GTX 1660 SUPER outperforms the GTX 1660 all the games which we have tested. This also shows how video memory performance can result in a difference in frame rates.

While the GTX 1660 is considered a good performer when it comes to handling games in 1080p resolution, the GTX 1660 SUPER allows games to be played more smoothly. 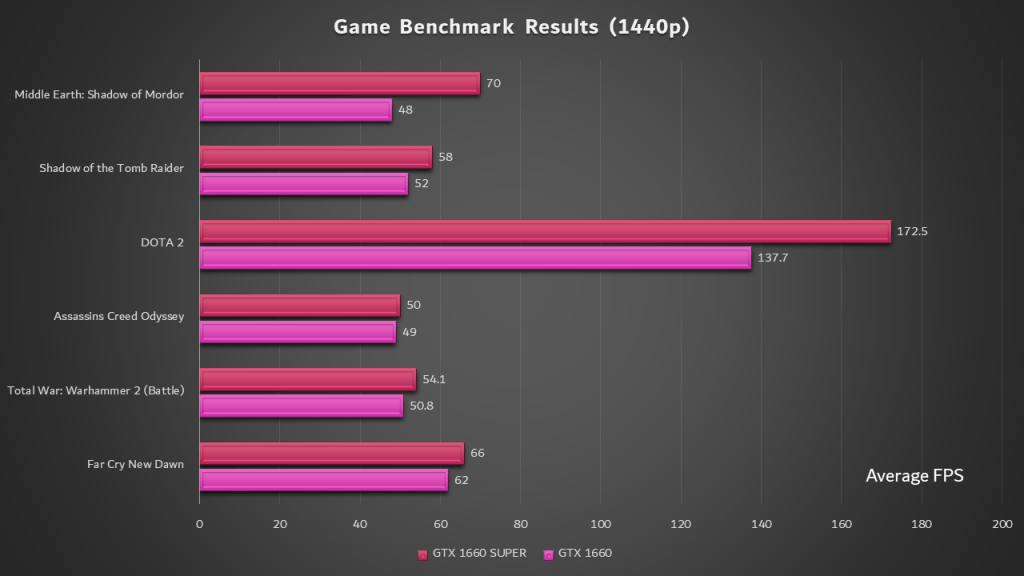 In the 3DMark Fire Strike and Time Spy benchmark, we also saw that the GTX 1660 SUPER achieved a rather high score, beating 76% and 58% of all other systems in the database respectively. The comparison of scores in the 3DMark database also agreed with our test results – the GTX 1660 SUPER is not that ready to power games at a high resolution. 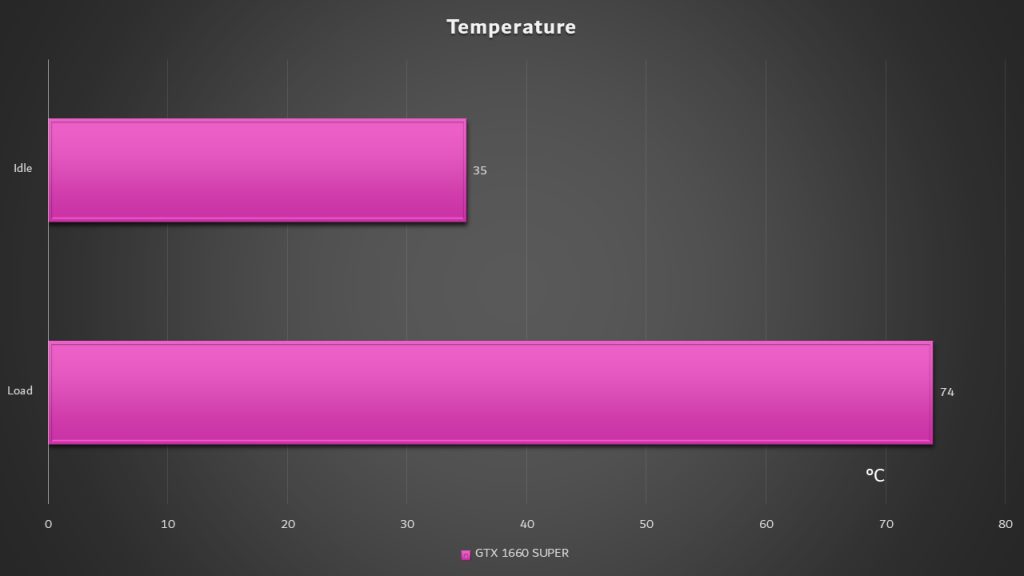 The ZOTAC GAMING GeForce GTX 1660 SUPER Twin Fan runs rather cool during idle, but it got quite toasty on load. This could be due to the size of the card and its heatsink. Despite it having two fans blowing excess heat away from the card, its compact size also means that heats get more concentrated. This is probably one of the trade-offs in smaller sized graphics card. (We’ve seen Gigabyte’s GTX 1660 only reaching a max temperature of 60 degree Celsius on the same stress test.) 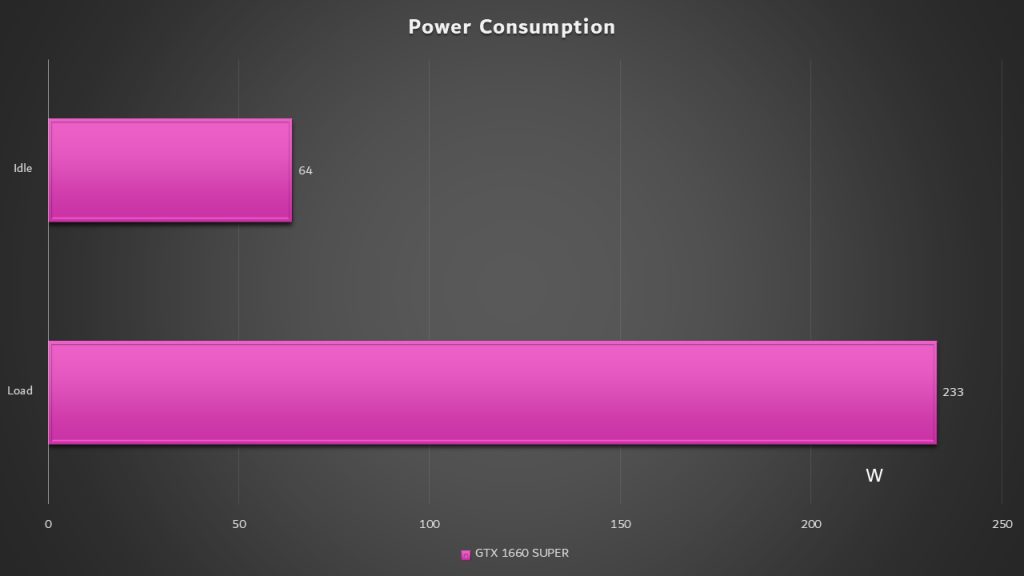 The price of GTX 1660 SUPER (US$229) is just US$10 more than GTX 1660 (US$219). Comparing between the small price gap and considerably large performance improvements that comes with the GTX 1660 SUPER, we will too have to raise both hands and agree that the GTX 1660 SUPER is a preferred choice. It’s a great performer when it comes to gaming on 1080p resolution.

Continuing on our analysis of price to performance ratio, which the GTX 1660 was crowned as the most bang for the buck graphics card, the GTX 1660 SUPER stretched that value even further. If you are gaming on a 1080p monitor, there is no other graphics card that we would recommend otherwise.

Selecting the right TV size for your living room