SINGAPORE – Cooler Master, a global leader in PC component manufacturing, today, announces the launch of their new Square Fan (SF) series of PC fans. Introduced as part of the MasterFan family, the new SF series of fans are equipped not only with RGB lighting, but with features designed to enhance user experience in installation and performance. 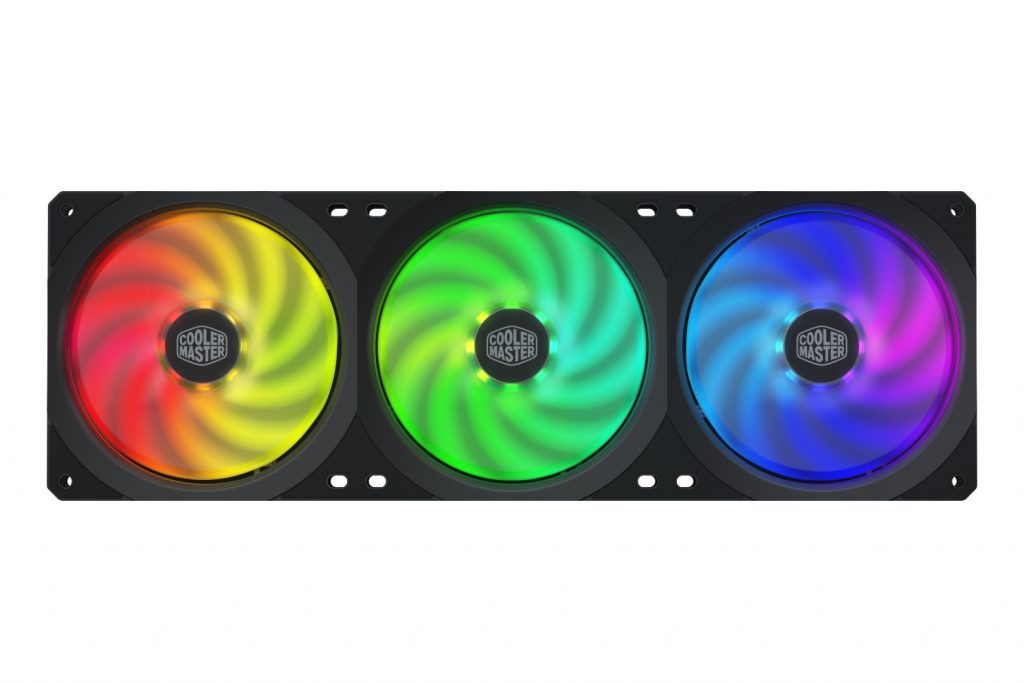 Three new fans are included in the new SF series, the MasterFan SF120R RGB, SF120R ARGB and the SF360R ARGB. All three fans feature Cooler Master’s new square fan design, while the SF360R ARGB fan incorporates multiple fans in an All-In-One frame. The entire SF series features rubber pads around each point of connection to decreases vibration and reduce noise pollution. In addition, the SF series is designed to be compatible with all current AIO liquid coolers and most computer cases.

Ease of installation goes hand in hand with the new SF360R ARGB’s integrated frame design. Instead of having to individually install multiple fans, the SF360R ARGB allows users to install three fans at the same amount of time it would take to install one. Cooler Master has also decreased the number of cables needed to just two per frame, one for lighting and one 4-pin PWM. In addition, the SF120R RGB, SF120R ARGB and SF360R ARGB also include a lighting extension header for RGB signal that allows users to chain one fan to another without having to use an RGB splitter cable. 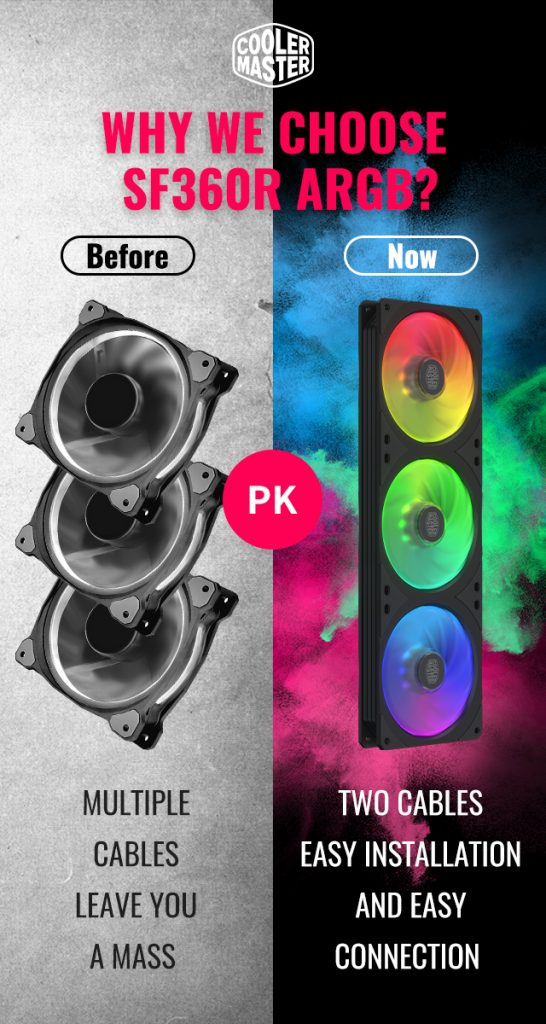 Included with the SF360R ARGB is an ARGB controller that enables new lighting modes to better showcase its addressable RGB capabilities. The SF series is also compatible with most major RGB motherboard manufacturers such as, ASUS, MSI and ASRock, and their included software.

Cooler Master will release additional models of the MasterFan SF series in the coming months, including the SF240R ARGB, SF120P ARGB and SF240P ARGB.

The MasterFan SF360R ARGB is now available in Singapore, priced at SGD 89.