SINGAPORE – Cooler Master launches the COSMOS C700M, the latest addition to the COSMOS series. Known for pushing the limits of Cooler Master’s case technology, new tech, design elements, and features are fused together by a series that represents “Raising the Bar(s)”. The COSMOS C700M is in the highest “Maker” segment, standing at the technological peak of the COSMOS lineup.

Since 2007, the COSMOS line has been revered for its iconic design, premium materials, and its vast build potential. Seen as the ultimate series and having housed some of the most extreme systems, previous generation COSMOS cases have been a community favorite, persistently chosen by pro modders to compete in case mod tournaments. The debut of the COSMOS C700P in 2017 set new standards in modularity, further pushing the limits of PC building and paving the way for the latest release of the COSMOS C700M.

Created to challenge the stereotypical layout of conventional PC cases, the COSMOS C700M further adapts the COSMOS framework to encourage layout experimentation. Taking modularity a step further while having features that stay true to the COSMOS legacy, the COSMOS C700M boasts two curves on the tempered glass side panel and features the series’ iconic aluminum handles. 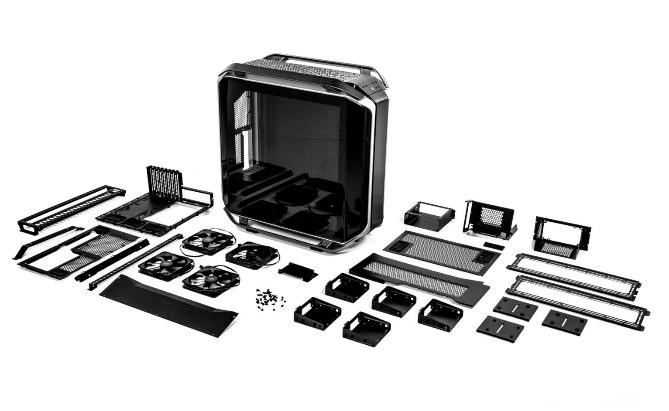 The same versatility is applied to the cable covers included with the COSMOS C700M. The cable covers can mount either a reservoir or SSD and can also be placed on either the PSU or M. Port. Expanding modularity also means improving the experience when exploring new layouts and customizations. To encourage building and rebuilding within the COSMOS C700M, the screws that mount the trays, covers, the PSU shroud, and graphics card bracket are all the same size and thread type so builders do not have to worry about which screw goes where. 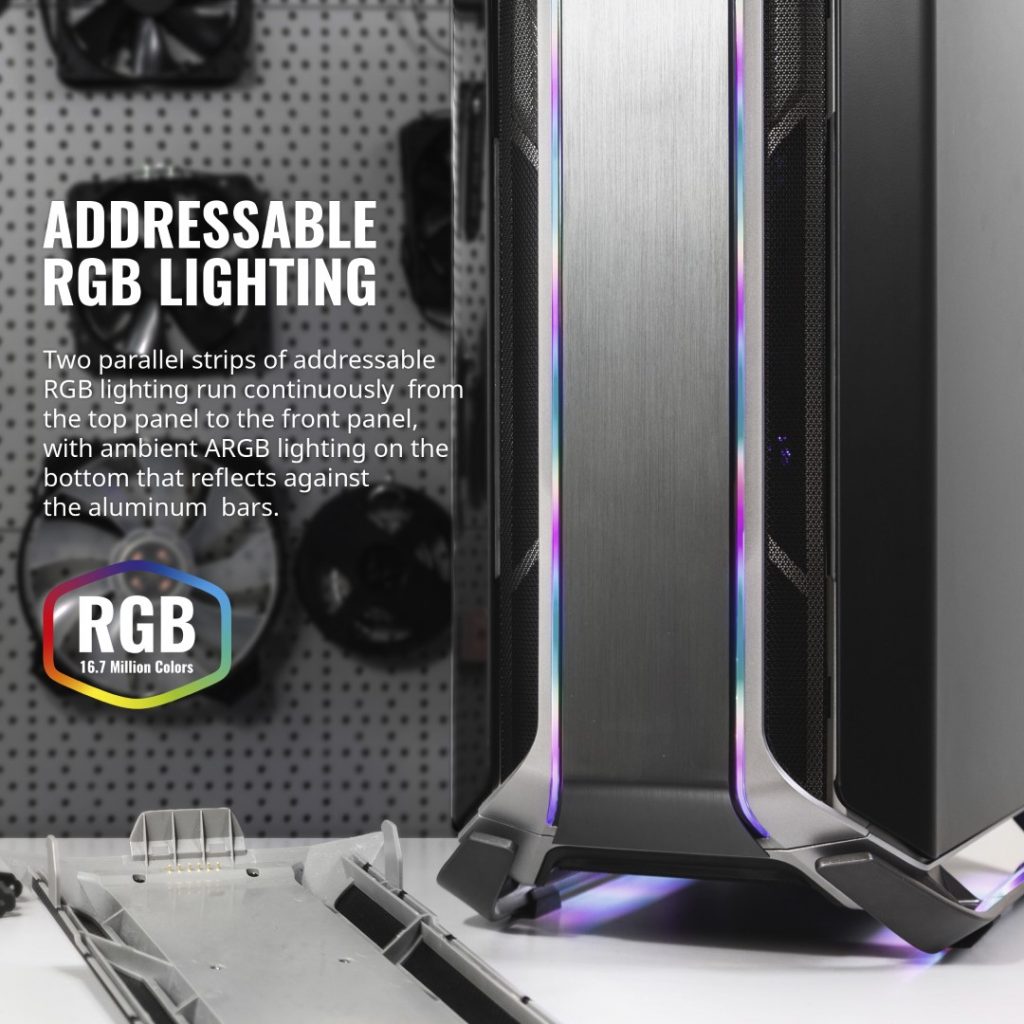 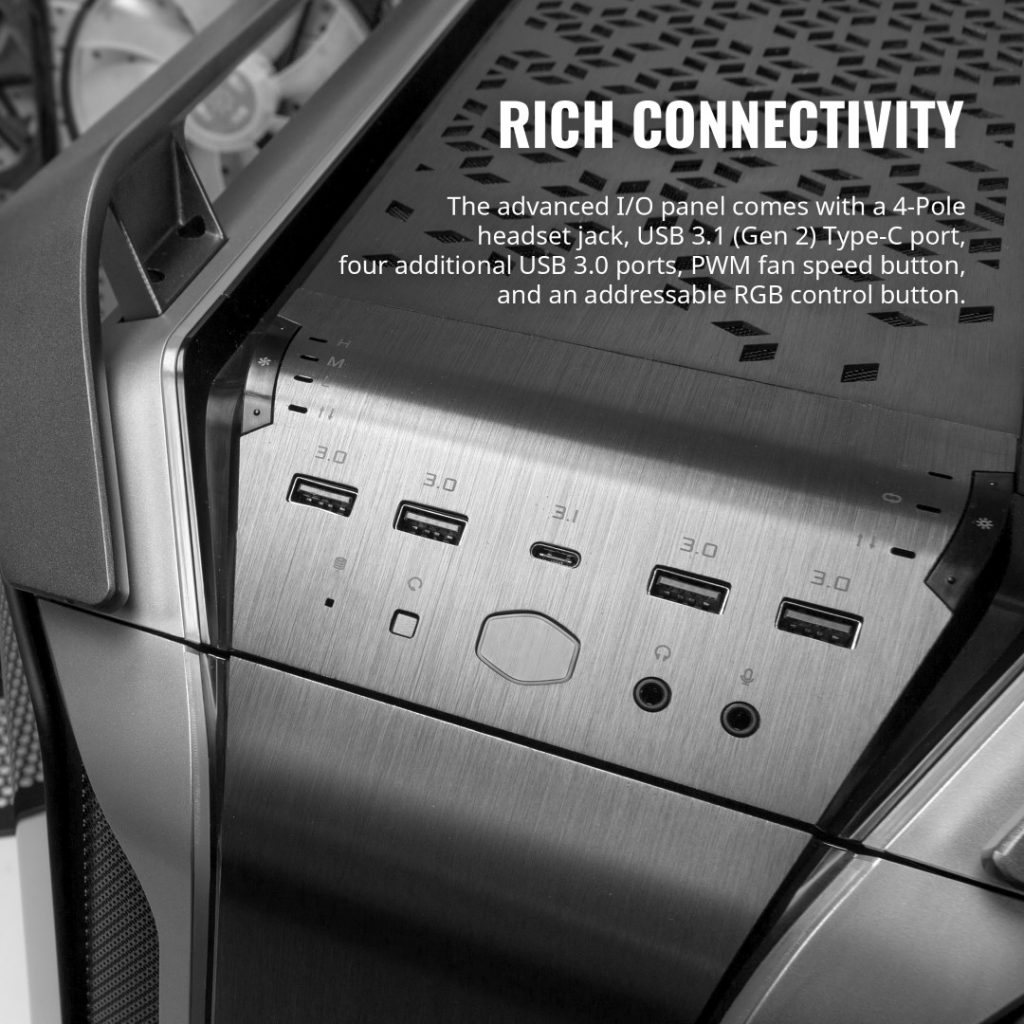 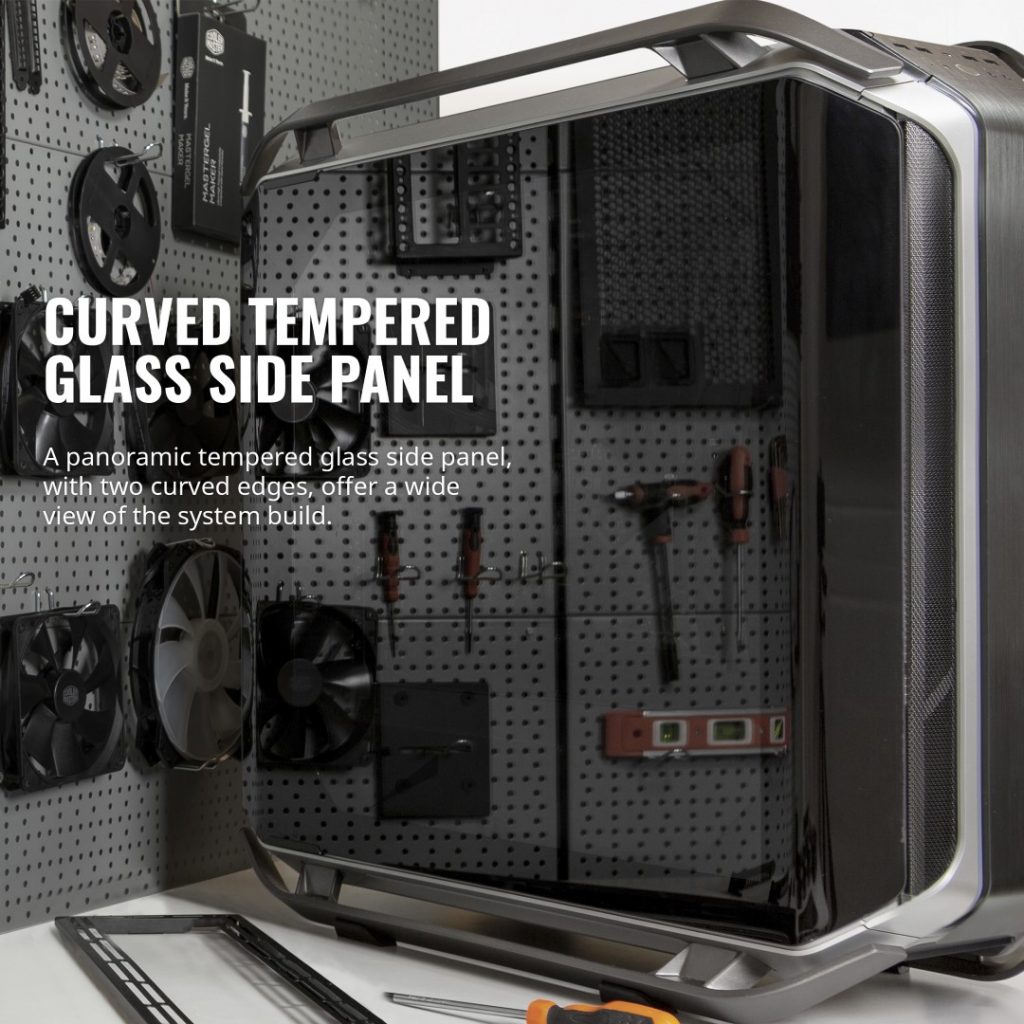 Cable management technology inside the COSMOS C700M is inspired by cable management used for server racks. Three cable clips allow cables to be laid in channels and are secured by a pivoting fastening strip. The fastening strip is not only able to tie cables down, but also organizes cables by using channels. For example, since each strip can separate individual cables or groups of cables using the channels, builders can divide the fan cables from component cables on the same strip to immediately know which cables route to which components. The strip also offers the possibility of releasing certain cables while holding others in place for a more efficient upgrading process.

The freedom in layout organization and the support for unique graphics card mounting make custom building accessible as soon as the COSMOS C700M is unboxed. The idea is to inspire growth in builders across all levels—since the chassis is only as complex as builders need it to be, there will always be room to creatively experiment. If modders decide to take customization even further, the COSMOS frame allows for sandbox-level versatility. The COSMOS C700M keeps

Raising the Bar(s) on custom PC’s by inspiring builders to escape from the “standard” layout.

The COSMOS C700M is now available in Singapore, priced at SGD 599.

Browser is the new endpoint