The ASUS ROG Zephyrus Gaming notebook stole the limelight at COMPUTEX 2017 last year, as it redefined the whole notion of portable gaming notebooks. It was the first time that a beastly GTX 1080 graphics card could be fit into a thin and slim gaming machine that weighs only 2.2KG. The beast was tamed with both a new Nvidia’s Max-Q and ASUS’s Active Aerodynamic System design, which significantly reduces the power draw from the power hungry GTX 1080, and improved airflow to reduce operating temperatures respectively.

Building on from the success of the top-of-the-line ASUS ROG Zephyrus GX501 gaming notebook, ASUS has just introduced the new ROG Zephyrus M GM501 that is equipped with the latest Intel Core i7 8th Generation processor. This new addition to the lineup further improves the processing performance of the gaming notebook, as the Zephyrus M is now equipped with a 6-core processor, instead of 4. We could expect an increase of up to 50% in raw performance with the Zephyrus M because of the increase in core count on the processor. While the design philosophy of the Zephyrus M does not differ too much from the initial Zephyrus, there are some significant hardware changes made to the new model. If you are looking for a new Zephyrus machine, which one will you choose? Here’s a run-down on the differences of these two models. 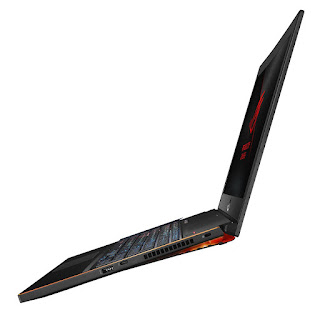 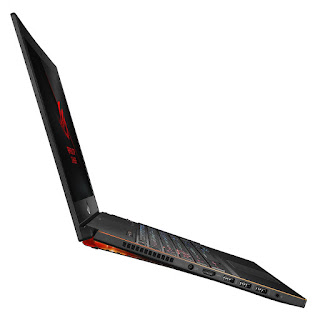 The price sets both the GX501 and GM501 apart. With a higher-end GTX1080 Max-Q graphics card, more RAM and a higher capacity SSD, the GX501 is a grand more expensive than the new GM501. However, we also took note of some of the latest technologies in the GM501, which are lacking in the GX501. Therefore, it really boils down to usage experiences on these machines. Sadly, we do not have the machines available for our tests, but here’s our hypothesis on the difference which we can expect. 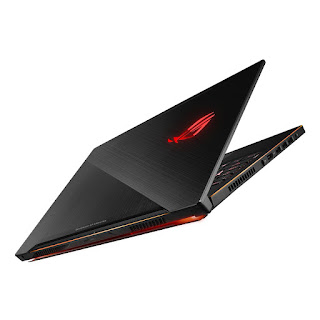 Who will go for the Zephyrus Notebooks?

There are typically two kinds of users who will be interested in the ASUS Zephyrus notebooks series, namely the working professionals, and the LAN Party Gamer. The working professional is someone who enjoys a portable and powerful computer that is capable of running the most demanding software applications, and uses the computer for video editing, doing CAD work or perhaps data simulations etc. On the other hand, the LAN Party Gamer simply loves to bring his gear around to play his games anywhere possible.
Comparing between the two variants, we could expect better frame-rates and game play experience on the GX501. Even though the GM501 has a better Core i7 Hexa Core processor, the overall performance of the machine on games should still be not as good as the GX501. The Nvidia GTX 1080 Max-Q really gives the GX501 an edge in terms of gaming performance, which the GTX 1070 P is unable to keep up with.
The LAN Party Gamer
Although we do expect that the GM501’s new hexa-core Core i7 processor and the faster 2666MHz RAM to perform better than the GX501’s counterpart, the former still uses the weaker GTX 1070 as compared to the GTX 1080 Max-Q. Therefore, it should be straightforward that the LAN Party Gamer should still go for the GX501, if his/her budget allows.
The Working Professional
On the other hand, the increased core counts on the new Core i7-8750H processor would result in a higher compute performance on the GM501. Moreover, because of the GM501’s design, ASUS was still able to fit in an additional 2.5-inch drive bay onto the system. This allows the customization option of a standard hard drive, which is very useful for users who wants to store multiple large files. The GM501 comes with a smaller amount of memory, but thanks to its modular design, users can also increase the RAM capacity to 32GB. The mentioned features make the GM501 perfect for working professionals who wants that prowess in compute performance and large storage capacities. Sadly, these new features do come with a trade-off in terms of weight and size.

Our Thoughts and Conclusion

Regardless of the gaming performance on either of the machines, it seems that the GM501 is still a more compelling choice to make. We have to agree that the GTX 1070 is more than sufficient in running games at 1080p resolution. Even if the GX501 would produce a higher frame rate, does it really matter to the actual gaming experience?
On the contrary, selecting the GX501 will mean that one will be losing out from the latest processor technology from Intel. GM501 would even give gamers a better experience with the improvement in design of the key caps, which is made specifically for gaming. Additionally, the GM501 is even a thousand dollars cheaper than the flagship GX501.
In conclusion, unless weight is a priority in your decision-making process, we will definitely recommend the new ASUS ROG Zephyrus M GM501 notebook. However, we do expect the GX501 to be refreshed with the new 8th Generation Intel Core i7 processor and latest Intel 300 series chipset very soon. This would definitely change the way we think about the comparison of these two computers. But that is a topic that is worth discussing in the future.

ONE PIECE World Seeker Announces New Characters With A Ton Of New Screenshots!

An affordable Gaming Laptop for All? - Here's what the ASUS TUF Gaming FX504 promises