Finally landing on the shores of Singapore, we managed to our hands-on Kingston’s HyperX Cloud Alpha – on of their newest wired gaming headset on the market. Costing at an affordable SGD 159, the Cloud Alpha seems to be set to bring down the cost of premium build in a gaming headset. Let’s find out if the Cloud Alpha is the alpha in the pack.

Being priced exactly the same as Logitech’s G433, the Cloud Alpha is a direct competitor. However, when comparing build and the materials used, it is quite clear that the HyperX counterpart is uses more premium materials while feeling sturdier.

The Cloud Alpha uses both aluminium and leatherette (artificial leather) for its hinges and earcups, while the G433 uses plastic and hybrid-mesh respectively. Even though leatherette is used for its closed-back earcups, it is airy enough for prolong use without getting overly stuffy. Not to mention, due to the usage of leather and memory foam on the Cloud Alpha’s band, it definitely feels more comfortable during long gaming sessions. 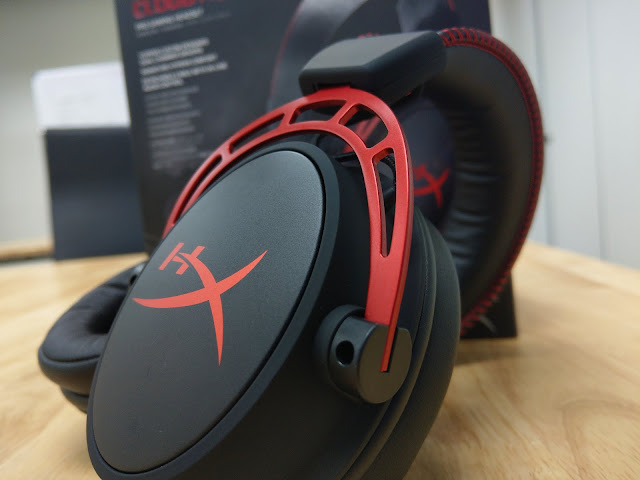 HyperX also designed large earcups in the Cloud Alpha, which is roughly 6 x 4 cm. These earcups are large enough to cover the entirety of my ear, and still leaving some wiggle room. This prevents the ears from feeling compressed while reducing discomfort. 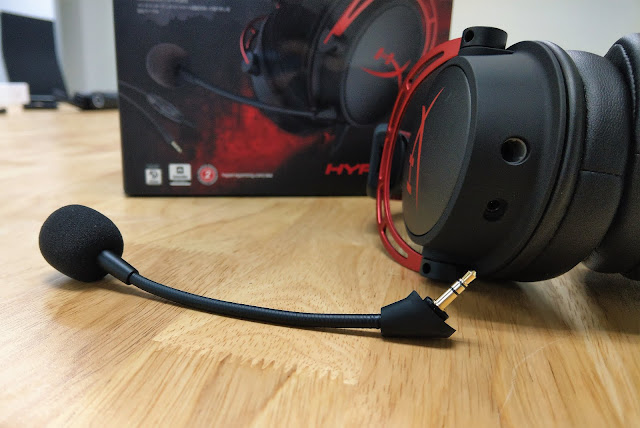 Having a detachable and adjustable noise-cancelling microphone is an excellent design decision when it comes to gaming headsets. This is a better solution than having a microphone that swivels up, as the turning mechanism does tend to loosen over time. In turn, it can lead to flaccid microphones hanging loose from the headphone. Not to mention, detaching the microphone can allow the Cloud Alpha to be used while travelling without looking odd. 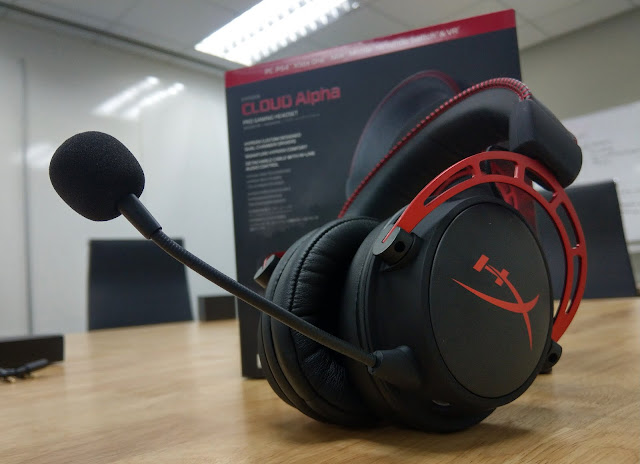 When it comes to actually using it, the microphone has to be positioned close to the mouth. This is due to its lower sensitivity, reducing the amount of background noise that is picked up by the mic. Gaming with a mechanical keyboard, especially ones with noisy switches like Cherry MX Blues, does not interfere with the voice chat too. Key presses were only slightly audible, with the user’s voice still being extremely clear. Even when sitting right next to a fan, words were not muffled and everything works great.

It does not stop there, the 3.5mm audio cable is also detachable and fully braided for extra durability with a reduced chance for tangling up. Furthermore, it has a volume wheel for handy volume controls as well as a built-in slider for muting the microphone. These are essential as accessing software audio controls while gaming can be extremely inconvenient.

The Cloud Alpha features HyperX’s Dual Chamber Drivers as illustrated in the image above – separate chambers with bass in one, while mids and highs takes the other. This allows for the distinctions between individual instruments while reducing distortion. Audio quality definitely is at least on par with its price. 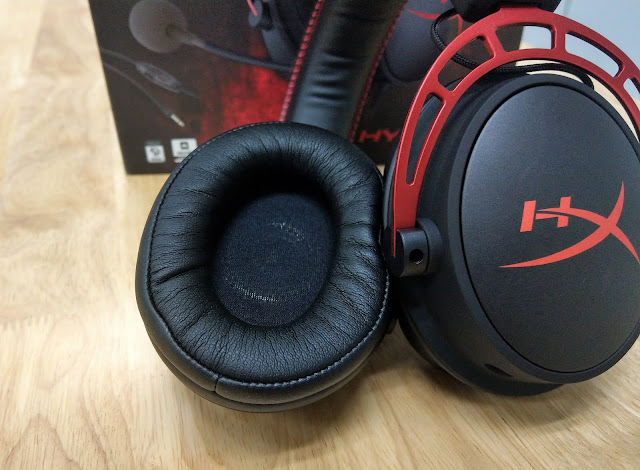 When it comes to the audio signature, the Cloud Alpha is certainly on the brighter spectrum. There is a very heavy focus on the highs and mids, with the bass heavy instruments taking a backseat. This translates into a voice focused gaming experience, with gaming audio not overwhelming your team’s or partner’s voice. Using discord also is without any hassle, with voices sounding extremely clear on both ends.
It should be noted that you should still lower the game’s volume for an optimal experience. Additionally, the stereo headset does not contain additional speakers nor does it simulate surround sound. This could lead to a slight disadvantage when playing competitive FPS games where situational awareness is key. 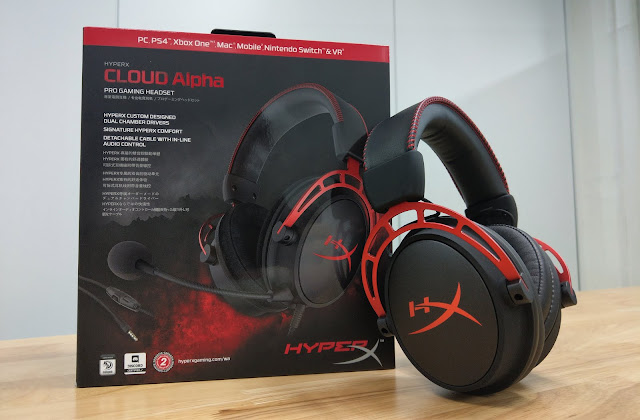 HyperX certainly released a great gaming headset that not only sounds great, but also acts as a great tool for communicating while gaming. While we were not expecting much for a sub S$200 gaming headset (MSRP SGD159), the Cloud Alpha managed to surprise us. If you are looking to try one out for yourself, you can get it at Challenger, Xtreme Solution, Tec-Drome and Gamepro.
For the LATEST tech updates,
FOLLOW us on our Twitter
LIKE us on our FaceBook
SUBSCRIBE to us on our YouTube Channel!