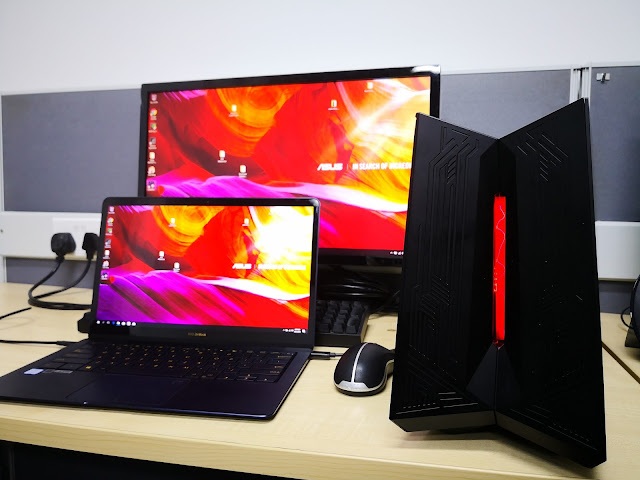 Usually, gaming notebooks tend to be heavier, bulkier and less portable than the non-gaming versions. There is no real gaming notebook in the market that can strike a balance between performance and portability. Even with NVIDIA’s Pascal architecture dedicated graphics card that are found in today’s gaming notebooks, most of them still weigh more than 2KG. 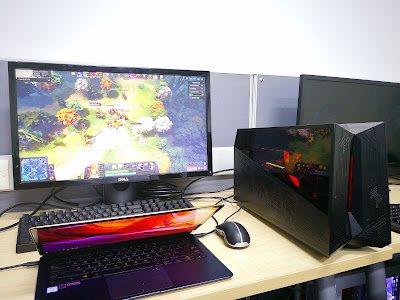 If you are someone who prefers the portability of an ultrabook but still want the performance of a desktop gaming PC, the ROG XG STATION 2 could be a product of your interest. This external graphics card solution enables any device with a Thunderbolt 3.0 port to be powered by a desktop class graphics card. This means that you can finally play your AAA game titles on your current notebook, without the need to purchase an expensive gaming desktop system. For us, the ROG XG STATION 2 allows us the versatility to convert a typical notebook computer into a high performing desktop system.

The only downside to this setup is that you can’t have use it on-the-go, but only when it is docked to the XG Station 2. 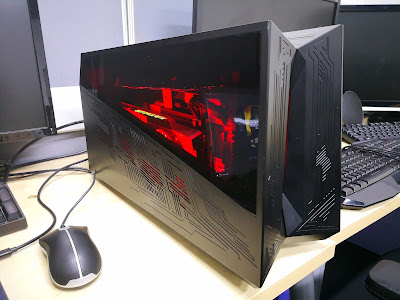 The ROG XG STATION 2 can be placed on your workstation table at home or even in your office. While in the comfort of your workstation, you can simply plug in the Thunderbolt cable and optional USB cable to immediately get a full desktop experience. Imagine connecting a wireless keyboard and mouse into the rear of the ROG XG STATION 2 (which also can act as a USB 3.0 hub), and have the external graphics card to output to a high resolution large screen display.The whole compute capabilities of the simple notebook computer just got a lot better with a dedicated graphics card. Be it gaming, simulations or doing A.I. based computation, this setup could work very well. It is obvious that the ROG XG STATION 2 is suitable for all kinds of users who requires the GPU compute performance for different use cases.
There lies a question: Are there any performance dips between a XG STATION 2 solution, as compared to a usual gaming desktop setup? Let’s find out. 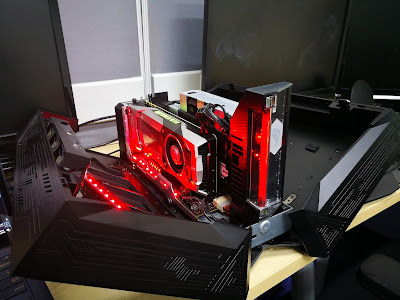 In our ROG XG STATION 2, we have the NVIDIA GeForce GTX 1080 Founder’s Edition graphics card. This same card will also be used in our desktop system. Specifications are detailed below. 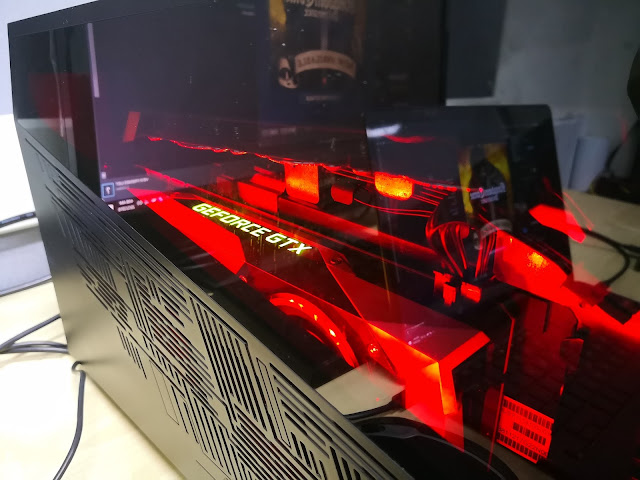 We do expect that the performance on the Zenbook 3 Deluxe to be slightly poorer than that of the desktop computer because of the differences in performance of the CPUs. We would also like to find out if the 40Gbps bandwidth of the Thunderbolt 3 interface limits the performance of the GTX 1080, as regular PCIe x16 Gen 3 has a huge bandwidth advantage with over 125Gbps.
Honestly speaking, we were utterly disappointed with the thermal performance of the Zenbook 3 Deluxe. Even though the performance of the Core i7-7500U seemed lacking when compared to a i7-6700K, the gap widened with thermal throttling. It seems that the limitations of a thin and slim design reduced the potential of an external GPU – the XG STATION 2.
As seen in the screenshot of MSI Afterburner software, the CPU utilization maxed out once the games are launched. As the CPU temperatures increased, thermal throttling kicked in, causing stutters in games. The charts also showed dips in the CPU usage when throttling happened. This causes the i7-7500U (of 2.7GHz base clock), to drop its frequency to 2.3GHz in order to keep the CPU within safe operating temperatures.

Notwithstanding those issues, here are the results from benchmarking Final Fantasy XV, Assassin’s Creed Origins and Dota 2. 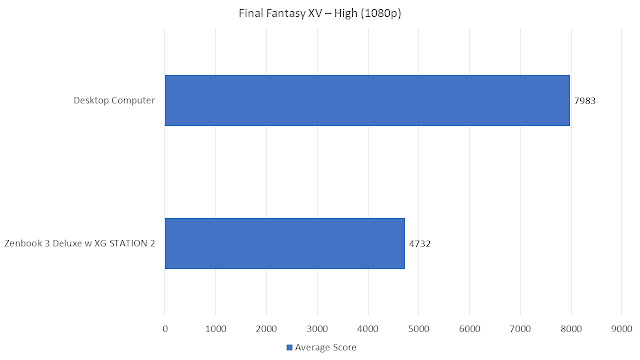 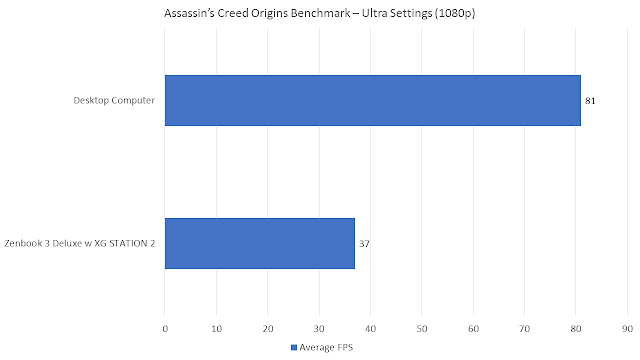 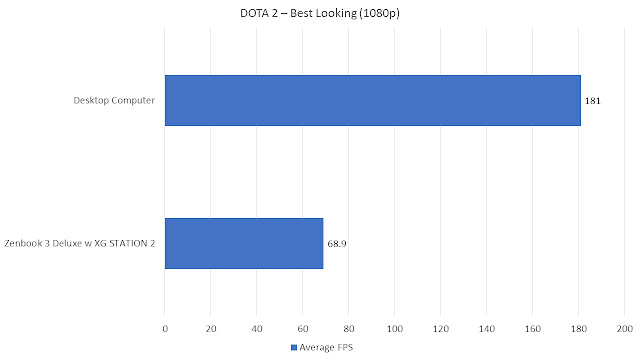 The differences in performance is apparent. Due to the thermal limitations of the CPU in the Zenbook 3 Deluxe, the results are unexpectedly low, defeating the purpose of having an external graphics solution.

Notebooks need to have proper cooling solution, to prevent the CPU from thermal throttling and affecting the performance of any External Graphics Solution.

It seems that we are still far from having a perfect solution for high gaming performance and great portability. If ASUS improves their product to better accommodate the powerful Core i7 processors in small form factors with an improved cooling solution, we definitely will see the practicality of having XG Station 2 as an add-on to our home setup. But until that time comes, we are going to stay far away from such a combination.

Find out the coverage of your Wi-Fi deployment with NetSpot