MORE DETAILS ABOUT DRAGON BALL XENOVERSE 2
EXTRA PACK 2
With DRAGON BALL XENOVERSE 2, players
can create their own unique character and relive and reshape the most exciting
fights of the DRAGON BALL franchise. Today BANDAI NAMCO
Entertainment Asia revealed Goku Ultra Instinct as a new
character as well as further details on the Infinite History scenario
included into the Extra Pack 2. A new trailer revealed today gives more insight
about the Extra Pack 2 which includes a new story scenario and 4 playable characters
who will disrupt the world of DRAGON BALL XENOVERSE 2!
Goku Ultra Instinct is the latest and most powerful form of
beloved DRAGON BALLprotagonist Son Goku that has just made its
debut in the DRAGON BALL Super anime. Boasting impressive
skills like Automatic Dodge, the super attack Soaring Fist and his Ultimate
Skill Godly Display, this fighter is a fearsome force to be reckoned with. 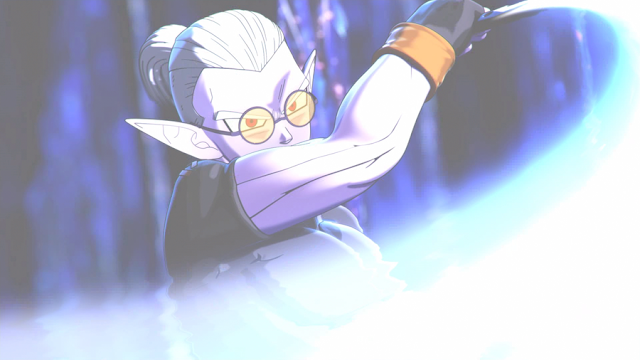 Infinite History, the new story scenario, features the
mysterious Fu, a time-travelling teenage warrior studying the energy created
from altering history. In this new scenario, players will need to take a
decision. Do they help Fu by changing the past or not? This choice will lead to
different strategical ways which can be followed via the Tokipedia
feature.  This new scenario also features dedicated CG animated cutscenes
depending on the character players choose to undertake the mission with.
DRAGON BALL XENOVERSE 2 is available in Southeast Asia (Singapore,
Malaysia, Thailand, Philippines and Indonesia) for the PlayStation®4, Xbox
One, and STEAM® for PC.
To find out more about DRAGON BALL
XENOVERSE 2, head over to www.dragonball-videogames.com.
Title Information
Title: DRAGON BALL XENOVERSE 2
Platform: PlayStation®4, XBox One, PC via Steam
Genre: Fighting
Release Date: 25 October 2016
©BIRD STUDIO / SHUEISHA,
TOEI ANIMATION
Game © BANDAI NAMCO Entertainment Inc.Press Release © 2018 BANDAI NAMCO
Entertainment Asia Pte Ltd.“PlayStation” is a registered trademark of Sony
Computer Entertainment Inc.All other trademarks are properties of their
respective owners.