Majority of the homes in Singapore have a direct optical fiber terminated network connection to their ISPs, but they can only use a fraction of subscribed speed because their wireless routers at home bottlenecks the whole network. With the 802.11AC standard, wireless networking bandwidth can finally go beyond 1Gbps, thus allowing the full utilization of the fibre broadband service. However, with so many wireless routers in the market to choose from, which of those will suit your home network the best? Dual-Band router or a Tri-Band router? 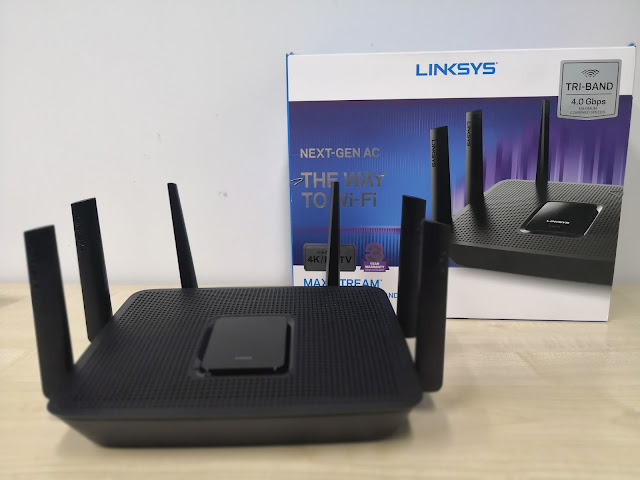 Tri-Band VS Dual-Band – What is the difference?

Dual-band
routers can broadcast a 5GHz signal and a 2.4GHz signal simultaneously. This
allows devices that supports the faster 5GHz channel to connect to it, while having backward compatibility with slower and older devices using the 2.4GHz alternative. Such a
wireless router can host two different Wi-Fi networks at once. Similarly, Tri-Band
routers does the same, but have an additional 5GHz support. While Tri-Band Wireless AC routers are starting to become more commonplace in the market, it has yet to be widely adopted for many home networks. 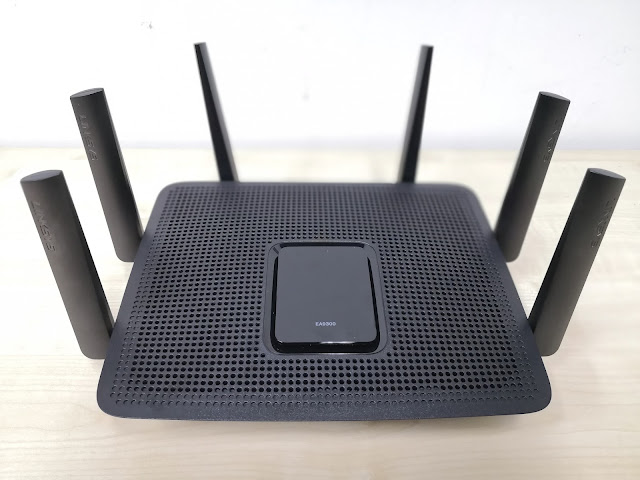 The Linksys EA9300 is a Tri-Band router that has a total of
3 bands. The first Band on 2.4GHz can support up to 750Mbps, while Band 2 and
Band 3 are both on 5GHz which supports up to 1.625Gbps. You may ask, why is
there a need for multiple 5GHz bands? If you have multiple wireless devices on
the network, one wireless signal frequency may get busy and noisy. Therefore, having
two different 5GHz bands on different channel can reduce the interference and
improve speeds. This setup makes the Linksys EA9300 MU-MIMO Tri-Band Router a
AC4000 class wireless router which can simultaneously support a throughput of
4Gbps, (but of course, as a wireless device can only connect to a single
wireless band at a time, it can only have a maximum individual bandwidth of 1625Mbps on
the 5GHz frequency).
To put it simply, if you have many wireless devices at home
and would want extremely fast wireless internet speeds, a fast Tri-Band
Wireless router should be the right choice. Understanding the baseline
technology that is equipped on the Linksys EA9300, let us now find out more on
the unique features and services that the Linksys EA9300 provides, and if this wireless
router really performs as fast as what it claims to be. 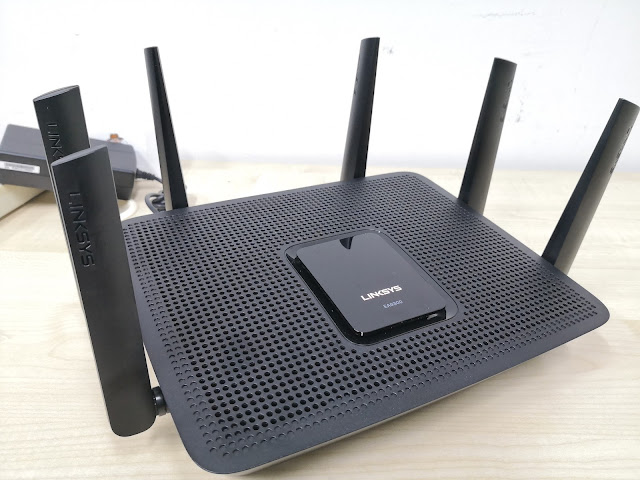 The Linksys EA9300 AC4000 wireless router is designed in a modern
minimalist style. There is nothing too fancy on the design and will fit nicely
anywhere in your house. There are a total of 6 adjustable antennas that ensures
optimal coverage and maximum signal strength throughout your home. It is
understood that two antennas belong to each wireless band, with each band supporting three simultaneous data streams for great wireless performance for networks with a significant number of clients. 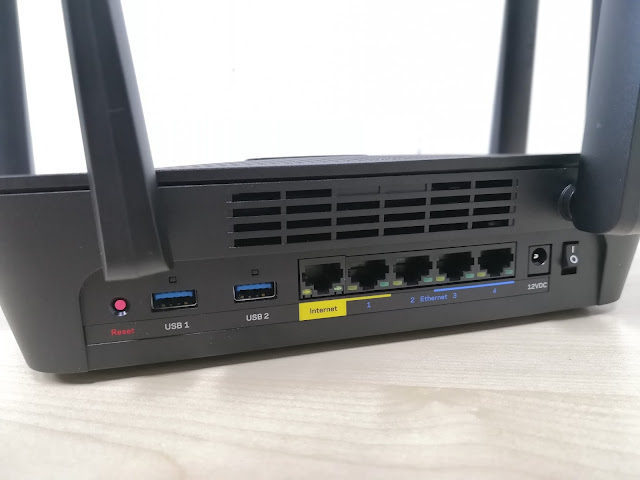 At the rear, we can see two USB 3.0 ports that can support
speeds of up to 5Gbps each. These can be used to easily share files from USB flash drives, or
external hard drives, to clients on the same network. On
the right, there is the WAN port and 4 additional Gigabit LAN ports for a full gigabit
network experience. 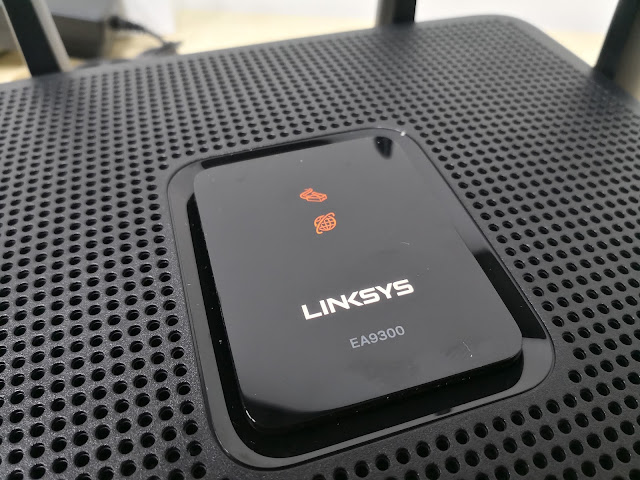 Setting up the EA9300 is quite straightforward as well. Just power it up by plugging it in to the mains, connect the internet cable, and go through the simple setup to get it all configured and started. If you would like to configure your router on the go, there is even an app for it!
If you aren’t too much of a power user, you are good to go. If you are someone who seeks for specialized features, the firmware on the Linksys EA9300 can provide much more. 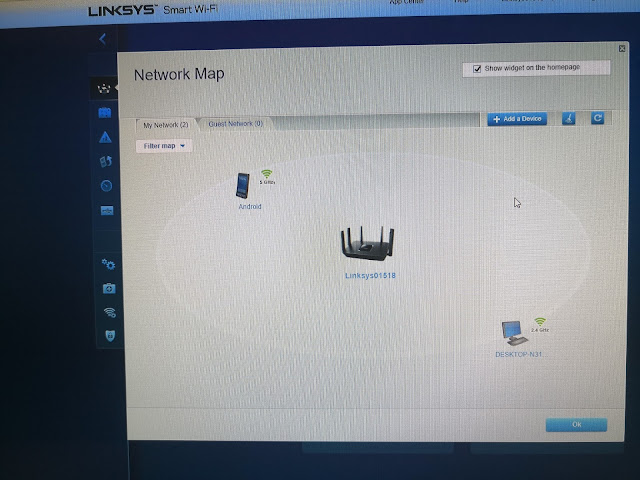 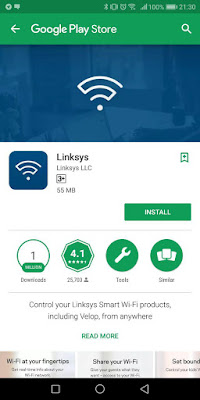 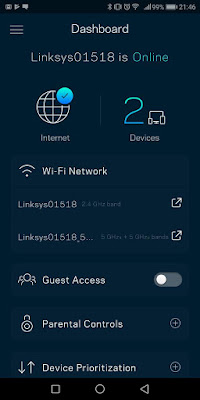 For example, you can configure your own VLAN via the web based UI. VLAN settings are not commonly found on home networking devices, and having VLAN features on the EA9300 really shows what it is capable of. We are very sure that this router can even perform very well in office environments with multiple connected users thanks to its quad-core CPU.
Of course, with the included USB3.0 ports, users can share their external storage drives on the network by going through the settings.

Honestly speaking, we lacked the specialized hardware to fully push the Linksys EA9300 router to the limits. We are only able to give you a glimpse of network performance to gauge what this device is really capable of.
Theoretically, we should be able to achieve a wireless speed of up to 1.625Gbps. However, this is not possible with just a single Gigabit network interface. To achieve the speed of more than 1Gbps, link aggregation or Dual WAN aggregation is required. Nonetheless, here are the speeds we managed to get from a simple speed test via a 250Mbps internet connection to the ISP, connected to the 5GHz wireless band.
When transferring files on the network via a wired connection via Gigabit ethernet, we managed a much higher speed that averages out at about 72MB/s, which is 576Mbps. This is usually bottlenecked by the write speed of the hard drive. Regardless, this should give you a estimation on the transfer speed that you can achieve from any average PC. 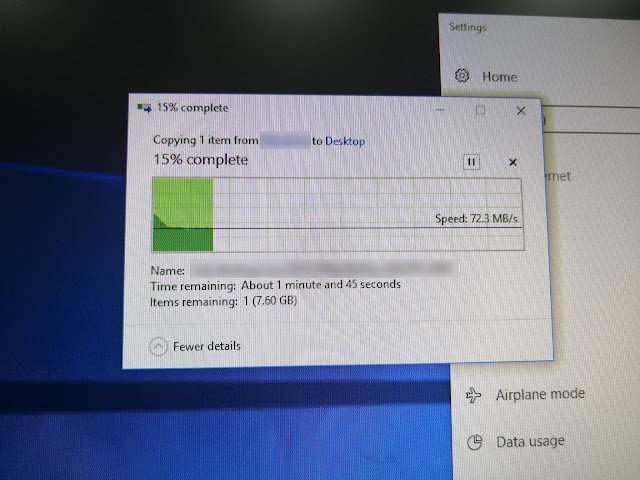 Would you require a high-end Tri-Band Wireless router as opposed to the mainstream dual-band alternative? We would think that if you have many wireless clients connected to your network simultaneously (more than 30), you will find the Linksys EA9300 especially snappy. The dual 5GHz band will be able to better manage the various wireless devices without any drop in performance. However, if you just have a couple of wireless devices in your house/office, any other wireless router will do as well.
Regardless, we still have to note that the Linksys EA9300 has many other features that sets itself aside from other routers. More particularly, we find the VLAN features very useful, especially if you plan to implement VLAN in your new office network. We would recommend the Linksys EA9300 for small to medium sized offices. Additionally, external storage sharing can be useful for the same environment, and can improve the productivity of the employers.
For the LATEST tech updates,
FOLLOW us on our Twitter
LIKE us on our FaceBook
SUBSCRIBE to us on our YouTube Channel!