Gionee Embarks
on Intelligent FullView Display Era
To
further explore overseas markets in 2018 with FullView Display lineup
SHENZHEN, Jan. 11, 2018 – Gionee saw a
harvest year in the past 2017 with
eight dazzling FullView Display smartphones unveiled for China.
Gionee has built its global trust in Nigeria,
Myanmar, India, Nepal, Thailand, Indonesia, Kazakhstan, Georgia, UAE, Egypt,
Kenya, Philippines and Vietnam. In the upcoming era of FullView Display,
the company will further explore the vast overseas markets and bring its
leading products and mobile experiences to more global users.
Multiple Milestones that Gionee Achieved
in 2017
With
the brand philosophy of “make smiles”, Gionee sticks to the strategy of product
innovation and differentiation, and is committed to making breakthroughs and producing
smartphones featuring intelligent functions and interactive experiences. Thanks to the great technical strength and the premium
product quality, Gionee also accelerates its paces on overseas layout and
expansion.
In early 2017, the company announced A1 and A1 Plus at
the Mobile World Congress (MWC), which carry on Gionee’s product DNA, a
long-life battery, while also focusing on enhanced photo quality for selfies. Soon
afterwards, the two smartphones firstly hit the Indian market in March with
three new regional brand ambassadors Diljit Dosanjh, Dulquer Salmaan, and Shruti
Hasan to woo their customer base. On August 7th, Gionee officially
launched A1 lite in Myanmar with an affordable price of 269,000 kyat. Attending
the event were Gionee Myanmar ambassadors Pyay Ti Oo and Eindra Kyaw Zinthe. 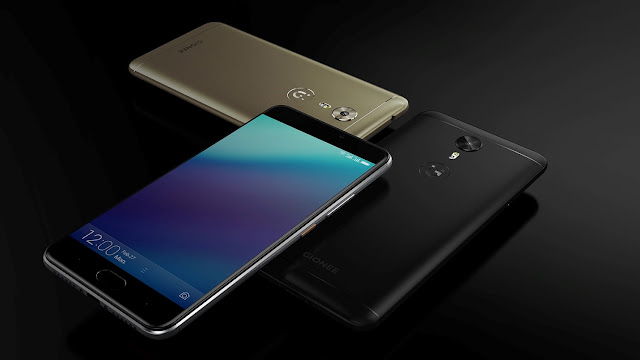 Beyond
the existing overseas markets, Gionee officially entered the Thai market and the
Indonesian market in the past year by introducing the flagship product M7 Power,
and also announced Taew Natapohn and Cinta Laura Kiehl as its brand ambassador
in Thailand and Indonesia respectively. Featured with the FullView Display and
the battery life that lasts up to 2 days, M7 Power started selling in Thailand
at the end of October, then came to India in November, and will be available
for Indonesia in February 2018.
On
November 26th, the company launched a complete line of FullView Display smartphones at the Gionee Global Product Launch Event –
Winter 2017, including S11S, S11, S11 lite, M7 Plus, M7,
M7 Power, M7 mini, and F205, which marks Gionee as the first mobile phone
manufacturer in the world to offer the breakthrough FullView Display technology
on every product in its portfolio. 2017 was the year of bezel-less, full-screen
display phones, with every handset maker unveiling at least one product with an
edge-to-edge display. However, as Gionee launched eight new products in unision,
the smart strategy puts the company at the forefront of the industry’s most
significant technological innovation in recent years. 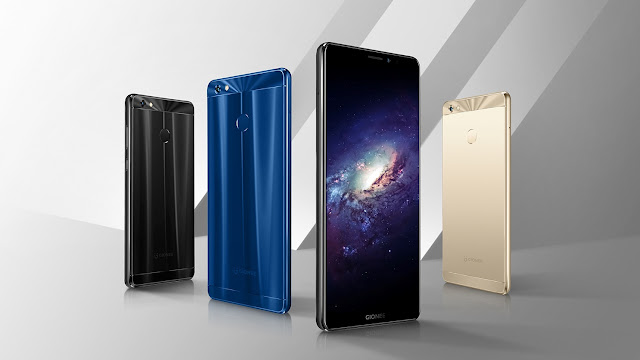 Various Products that
Gionee Announced in 2017
Looking back upon the past year, Gionee launched S10, S11,
S11S, M6S Plus, M7 and M7 Plus in China, while introducing A1 Plus, A1, A1
lite, X1S, X1, M7 Power, S10 lite and S11 overseas. Among the new models
announced in 2017, A1 Plus, A1, X1S and X1 have got off to a good start in the
first half of the year thanks to their selfie feature and competitive price,
while S11, S11 lite, M7 Power have led the second half because of their flagship
Beauty-four camera and FullView Display.
The A1 remains Gionee’s core product
line in overseas markets and continues to focus on selfie performance.
Featuring a 20MP selfie camera and powerful 13MP rear dual camera, the A1 allows users to take bright, beautiful and
natural-looking selfies and photos in any light. To
ensure an excellent selfie experience, a customized selfie flash is used to
spread light onto faces more evenly and softly. The soft lighting effect is
able to enhance facial complexions, giving users a natural glow and rosiness. Gionee’s
independent facial
enhancement algorithm automatically detects a user’s face and
applies custom beauty settings.
The S11 is Gionee’s flagship product for overseas
markets, receives a warm welcome from young, influential,
fashionable consumers globally.Gionee equipped the S11 with its four camera that include 16MP
+ 8MP dual camera in the front, and 16MP + 5MP dual camera in the rear, as well as real-time
hardware-level bokeh that will recognize you as the object and blur the background,
and upgraded beauty modes.The S11’s
stylishly curved body shape perfectly fits in the hand, and is crafted
using nine types of manufacturing innovations, including a 20-step
sophisticated process, creating a unique pattern,
which combined by micron-level texture, with the width and density as small
as 5μm, which let the body surface could reflect light with prismatic 3D
effects. 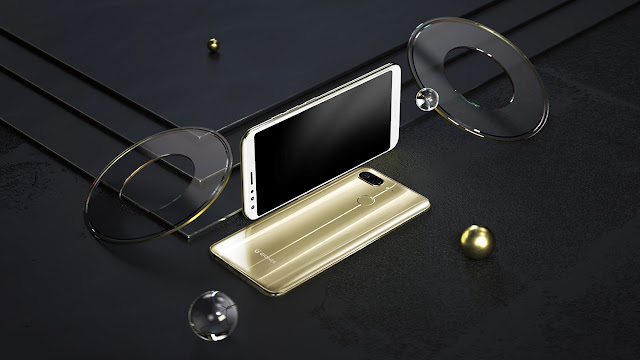 Debuting
at the Thailand Mobile Expo 2017, the M7 Power is Gionee’s first FullView
Display smartphone that goes abroad, distinguishing itself with a 6-inch 1440x720p
next-generation fullview display, which occupies a higher screen-to-body ratio
of the front surface, offering the same amount of display as some larger phones.
2018 Outlook
Based
on Gionee’s profound accumulation for 16 years, the company saw multiple
milestones and achievements in the past 2017. Thanks to its strong capabilities
of product planning, strategic layout planning, R&D, and supply chain
coordination, Gionee has become the first smartphone maker to offer the FullView
Display on the whole product lines and gradually builds up its influence
overseas.
With its foothold firmly established in Nigeria, Myanmar, India,
Nepal, Thailand, Indonesia, Kazakhstan, Georgia, UAE, Egypt, Kenya, Philippines
and Vietnam, Gionee
will further expand its footprint throughout global markets in 2018, especially
focusing on Southeast Asia and the Belt and Road countries, to further enhance
its brand awareness and global influence.
# #
#
Gionee
Communication Equipment Co. Ltd was founded on
September 2002 and is one of the world’s
top 10 mobile manufacturers. It is a high-tech enterprise that focuses on the
R&D, production and sales of cellular mobile devices. Our management team
advocates for a scientific and standardized enterprise management mode, with a
strong sense of innovation. The constant pursuit for professionalism and
innovation is the foundation of sustainable development at Gionee.