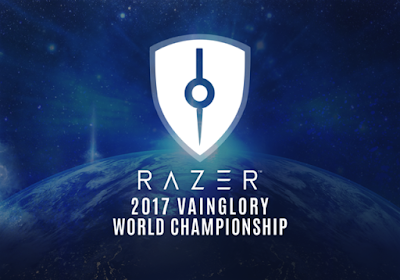 Day two of the Vainglory World Championship kicks off today, after an exciting first round of group stage matches played out yesterday. The top 12 teams in Vainglory esports were divided into four groups of three, with teams playing two sets of matches in a best-of-two format. The top two seeds from each group would move on to the quarter-finals on day two.
In a day of surprises, with North American champions Cloud9 breezing into the quarter-finals at the expense of Indonesia’s Elite8, it was Singapore’s Team Impunity who provided the day’s highlight-reels. Grouped with last year’s world champions, Rox Armada, and North American heavyweights Tribe, the home-team took the battle to their opponents, drawing both their matches 1-1 to clinch second spot in Group C, and a place in the quarter-finals. Tribe then took on Rox Armada, winning 2-0, eliminating last year’s world champions out of the tournament.
Impunity faces off against China’s Kraken in the quarter-finals today, at 4:15pm at the Kallang Theatre.
For the full-schedule of today’s quarter-final matches, please check the website schedule here.
Fans from around the world can watch the live-stream of the Vainglory World Championships on Vainglory’s Twitch and YouTube channels, and on eGG Network (available in Singapore on SingtelTV, Malaysia on AstroTV, Philippines on BEAMTV and Tribe). Vainglory is available for free on the App Store, Google Play and the Amazon Appstore. To find out more about the Vainglory World Championship, see the Vainglory Esports website.