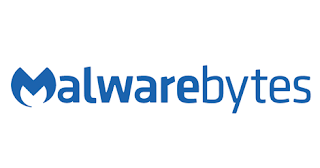 SINGAPORE – December 8, 2017 – MalwarebytesÔ, the leading advanced malware prevention and remediation solution, unveiled a report on the new age of organized cybercrime. It describes how this ‘New Mafia’ is accelerating the volume of attacks, sophistication and malice, which have increased 23 percent in 2017 versus 2016.
The New Mafia: Gangs and Vigilantes – A Guide to Cybercrime for CEOs, demystifies cybersecurity by drawing parallels between today’s criminals and the Mafia gangs of the 1930s. This new generation of cybercriminals increasingly resembles traditional Mafia organizations, not just in their professional coordination, but their willingness to intimidate and paralyze victims. Malwarebytes’ data confirms the capacity of these fast-maturing gangs to inflict greater damage on businesses.
“The ‘New Mafia’, identified by our report, is characterized by the emergence of four distinct groups of cybercriminals: traditional gangs, state-sponsored attackers, ideological hackers and hackers-for-hire,” said Marcin Kleczynski, CEO of Malwarebytes. “Through greater vigilance and a comprehensive understanding of the cybercrime landscape, businesses can support the efforts of legislators and law enforcement, while also taking action into their own hands.”
The growth of cybercrime and a lack of clarity over how best to tackle it – particularly within the context of policing – is having a profound impact on victim confidence. Those affected by cybercrime are often embarrassed, resulting in a reluctance to speak out. This is true for consumers and businesses alike and can have dangerous ramifications as firms bury their heads in the sand instead of being open and working to reduce future incidents. The report suggests that the answer lies in engaging and educating the C-suite so that CEOs are as likely as IT departments to both recognize the signs of an attack and be able to respond appropriately.
“CEOs will soon have little choice but to elevate cybercrime from a technology issue to a business-critical consideration,” said Kleczynski. “The most damaging cyberattacks to businesses are the ones that go undetected for long stretches of time. In spite of high-profile occurrences over the last year, this report shows that many business executives may still have some knowledge gaps to fill.”
The report also looks at the future of cybercrime and the implications of the ongoing melding of our physical and digital worlds. It argues that the Internet of Things (IoT) will enable crime to come full circle, potentially enabling someone to be physically executed by digitally hacking their internet-enabled pacemaker. Thus, it suggests that our understanding of, and legislation against, cybersecurity must drastically improve. If we can imagine a pacemaker being hacked or an autonomous getaway car used in a robbery, we should be able to legislate against it.
Malwarebytes’ analysis shows that, in spite of acknowledging the severe reputational and financial risks of cybercrime, many business leaders are largely underestimating their vulnerability to such attacks. The report concludes the potential for businesses and consumers to fight back by acting as ‘vigilantes’ through greater collective awareness, knowledge sharing and proactive defenses. This includes a shift from shaming businesses who have been hacked and instead engaging with them. Only then can we learn from one another how to tackle this rampant issue.
The complete The New Mafia: Gangs and Vigilantes – A Guide to Cybercrime for CEOs guide features original data and insight taken from a global panel of experts from a variety of disciplines including PwC, Leeds University, University of Sussex, the Centre for Cyber Victim Counselling in India and the University of North Carolina. To view the full report, visit https://go.malwarebytes.com/Cybercrime_NewMafia_PR.html.
About Malwarebytes
Malwarebytes proactively protects people and businesses against dangerous threats such as malware, ransomware and exploits that escape detection by traditional antivirus solutions. Malwarebytes completely replaces antivirus solutions to remove the personal obstacles and business interruptions caused by modern cybersecurity threats. More than 10,000 businesses and millions of people trust Malwarebytes innovative machine-learning solutions and global team of researchers to identify emerging threats and to prevent and eradicate malware that antiquated security solutions miss and leave behind. For more information, please visit us at http://www.malwarebytes.com/.
Malwarebytes founder and CEO Marcin Kleczynski started the company to create the best disinfection and protection solutions to combat the world’s most harmful Internet threats. Marcin was recently named “CEO of the Year” in the Global Excellence awards and has been named to the Forbes 30 Under 30 Rising Stars of Enterprise Technology list and the Silicon Valley Business Journal’s 40 Under 40 award, adding those to an Ernst & Young Entrepreneur of the Year Award.
###
Follow us on Facebook: https://www.facebook.com/Malwarebytes
Follow us on Twitter: @malwarebytes https://twitter.com/malwarebytes
Follow us on LinkedIn: https://www.linkedin.com/company/malwarebytes
See us on YouTube: http://www.youtube.com/malwarebytes
Read our latest Malwarebytes Labs blog: https://blog.malwarebytes.com/

EA AND HAZELIGHT ANNOUNCE A FRIENDS PASS FREE TRIAL FOR CO-OP ADVENTURE GAME, A WAY OUT