Botlike: A Robots Rampage, “Loot-and-Shoot” Your Way Through Hordes of Robots on the Path to Revenge - The Tech Revolutionist

Botlike: A Robots Rampage, “Loot-and-Shoot” Your Way Through Hordes of Robots on the Path to Revenge

Home » Botlike: A Robots Rampage, “Loot-and-Shoot” Your Way Through Hordes of Robots on the Path to Revenge 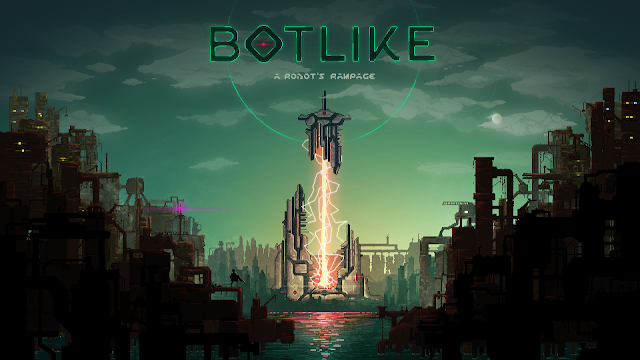 Botlike: A Robots Rampage,
currently in early access on steam is a “loot-and-shoot” your way through
hordes of robots or die trying. Play as S.I.R. – a grumpy old warbot on his
path to revenge. In this platformer, it is action-packed and in
“Roguelike” (like) manner of certain death. Through randomly
generated and graphically impressive worlds, the player struggles to the heart
of the totalitarian robot league, to deny there the grand finale. On the way,
he finds many weapons and components for his bot, which is freely designable at
any time. So every new beginning becomes a unique gaming experience. Botlikes
is slated for a full steam PC release 2H of 2018.
“Botlike is in early access since September and with regular
patches, a lot of content has been added. With the new champion system now in
place we are currently working on the next big patch. It will include the
long-awaited second level which will be set on a Mech graveyard. It’s the next
big step on our roadmap through early access and it will add several more hours
of playtime, with new places to explore, new encounter to master and new
secrets to be found. New Tracks will be added to the already great soundtrack
for more atmosphere and new mechanics will challenge your skill as you fight
yourself through hordes of new enemies.” – Björn Clasen,
Lead Developer
Watch
the official trailer here: https://youtu.be/ZsP9Oqjd1zo
“…it
works amazingly well, and I found myself unable to stop until the giant
end-boss finally went down.” – Hardcore Gamer

Currently at 20% for Steam Winter Sale Dec 21-Jan 4th
2018
Key Features:
·  Fast
paced shoot ’em up action
·  Play as
S.I.R., an eccentric and grumpy old warbot on his path to revenge
·  Explore
randomized levels
·  Collect
and upgrade an arsenal of up to 10 deadly weapons with unique abilities Find
upgrades to make them even stronger and build a deadly arsenal.
·  Tight
controls and fluid gunplay (Killing robots like a S.I.R.)
·  Find
powerful items and combine them into super- or even monster items (Planned
feature – Item merge will come with a future update)
·  Use
your dash, double- and wall-jump to avoid getting killed
·  Experience
permadeath (you know you love the rage)
·  Epic
boss battle
·  Kill
’em all!
Game Website: http://www.botlikegame.com/
Blog: http://botlikegame.tumblr.com/
Binji Studio: http://binji.de/
Twitter: https://twitter.com/Binjigames
Facebook: https://www.facebook.com/binjigames/
Steam: http://store.steampowered.com/app/643830/Botlike__a_robots_rampage/
About the Studio
Binji, located in Hamburg Germany, is a
tea-powered gamedev monster equipped with 6 arms, legs and eyes – tries
to conquer the world with awesome games that focus on neat gameplay and
stunning visuals. You can learn more about their superpowers here: http://binji.de/